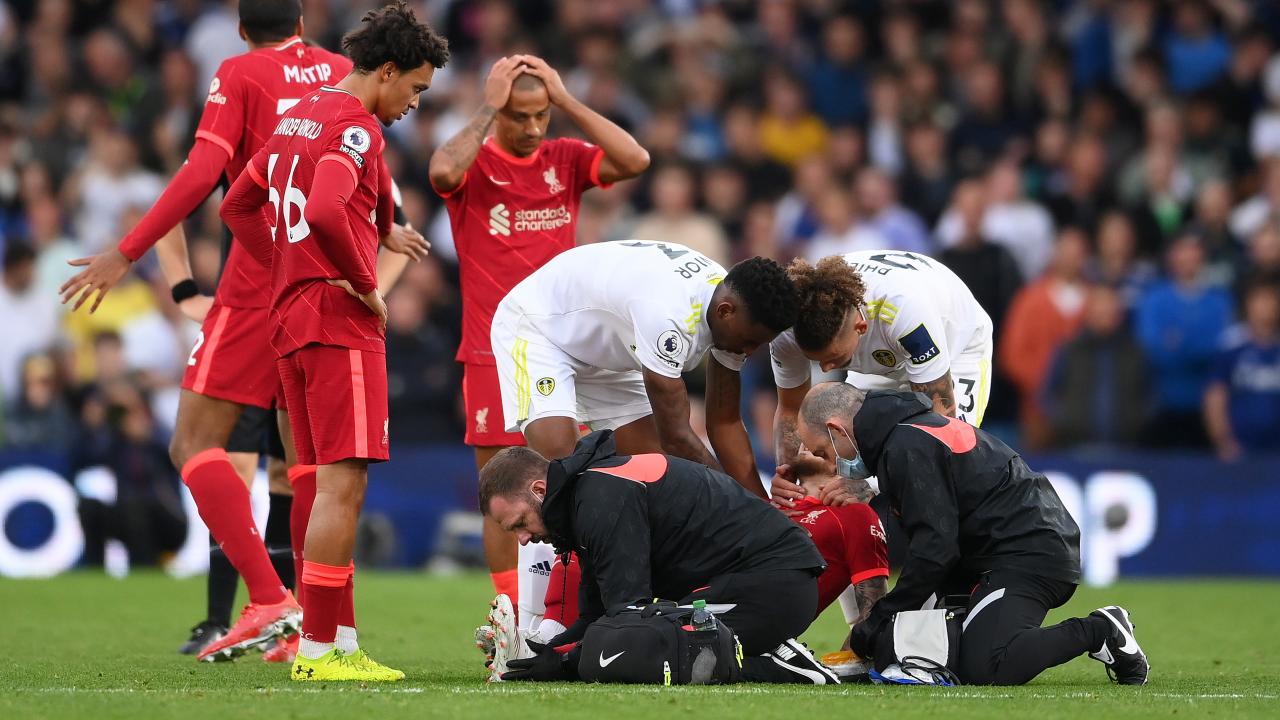 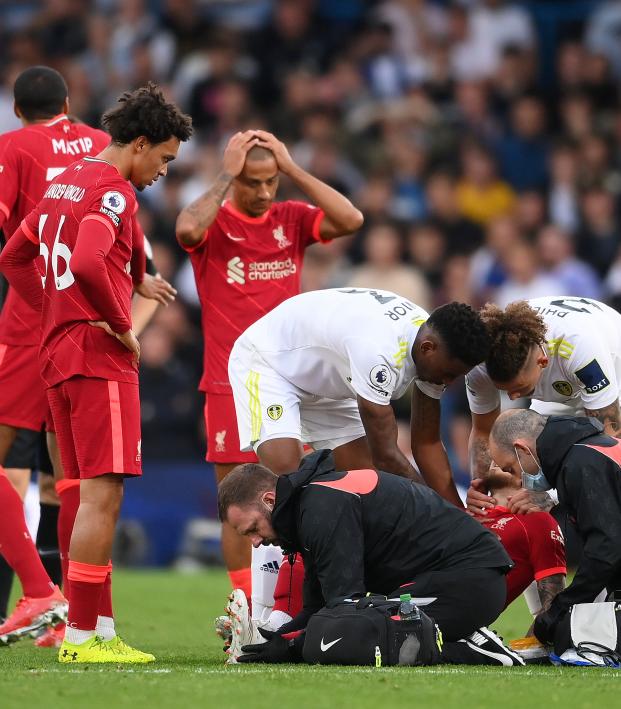 Connor Fleming September 12, 2021
The Reds are now joint-top with Manchester United and Chelsea after four matches, but Elliott’s season looks over.

The schools of Jürgen Klopp and Marcelo Bielsa clashed on Sunday in one of the holiest unions you’ll ever see between action and setting with Elland Road roaring on an end-to-end match on a balmy Sunday afternoon in West Yorkshire.

Leeds never fails to catch the eye — Kalvin Phillips might be the most underrated footballer in the Premier League, and Raphinha is an absolute spectacle — but Liverpool exudes a level of control in high-octane matches that’s unmatched.

At the heart of that method in the madness approach was a midfield three that dictated the attacking master class. Handed his first start of the season, Thiago was a monster throughout, highlighted by this Charmin soft assist on Liverpool’s final goal of the day, finished by Sadio Mané.

The Brazilian put in a shift defensively as well, winning more tackles (four) than any other player.

Fabinho, stationed in front of the back four, was just as good. The man is impossibly skilled at reading the game around him, and the fact that he finished with five interceptions (no one else had more than two) speaks to that.

His ultimate reward was Liverpool’s second.

Fabinho! 2-0 to the Reds at Elland Road. #LEELIV

Liverpool’s first of the 3-0 win was scored by Mohamed Salah, giving him 100 in the Premier League,

A tremendous TEAM goal for Liverpool and Mo Salah! #LEELIV

The final part of Liverpool’s midfield was 18-year-old talent Harvey Elliott. The teenager is a technician; rarely guilty of making the wrong decision but still always looking to beat his man off the dribble or to play the adventurous ball.

The fact that he was handed his third straight start with other midfield options like Naby Keïta, Jordan Henderson, Alex Oxlade-Chamberlain, James Milner and Curtis Jones relegated to the bench says everything about how Klopp views him.

But in the 60th minute, Elliott’s season likely came to an end. In possession near midfield, Pascal Struijk’s reducer from behind got the ball but his trailing leg very purposely caught Elliott’s ankle in a scissor motion. I’m not saying that Struijk wanted to inflict a compound fracture on Elliott’s ankle, but he did know exactly what sort of tackle he was flying into.

You’ll see it in rec leagues around the world on any given Saturday but it’s been eradicated at the highest level because of this exact reason. The ref originally didn’t see anything wrong with the tackle, but the aftermath quickly turned it into a straight red for Struijk.

Elland Road showed its support as Elliott left on a stretcher, and the midfielder provided us all with a bit of relief by applauding them back.

Pic from Harvey Elliott’s Instagram. Here’s to a speedy recovery. Such a great kid with so much talent. He’s got many, many years ahead lighting up the Premier League. #LFC pic.twitter.com/XUSUzr0Rjg

"I saw the situation," Klopp said after the match. "I could see his foot was not in the right place. That is why we were all shocked. Massive pain, shock for him, for us and we don't know more. We have to wait. I cannot feel the game anymore. Harvey overshadows everything."