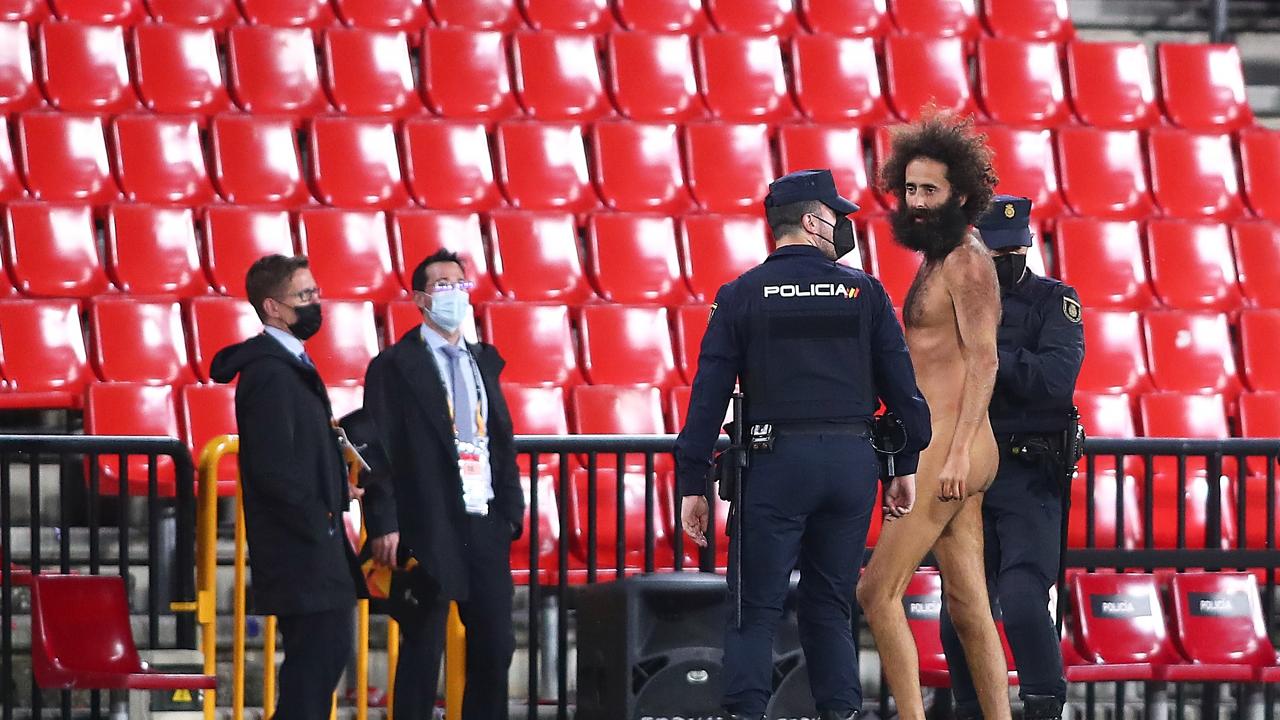 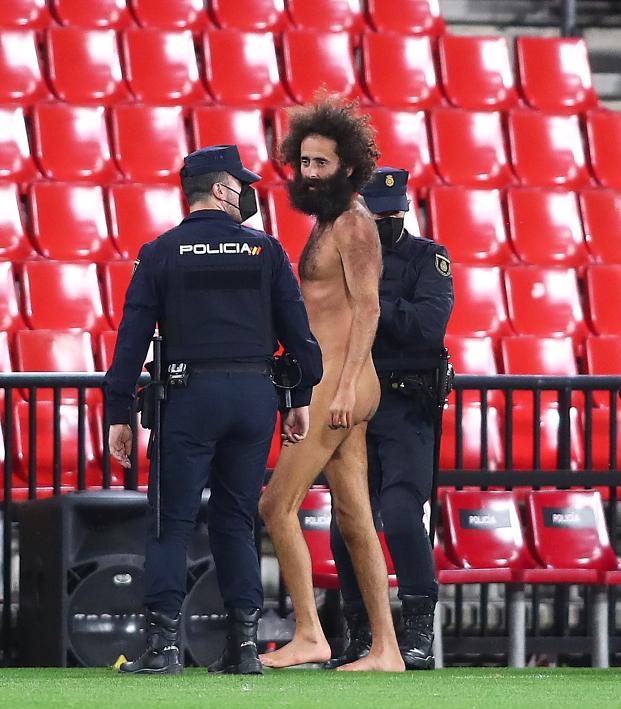 Reuters April 9, 2021
Streaking during normal times is impressive; doing it during a pandemic when no fans are allowed even more so.

MADRID — A streaker who ran onto the pitch during Granada's home clash with Manchester United showed true commitment to the cause, sneaking into the stadium 14 hours before kickoff and hiding under canvas to evade security.

Granada's players might have been left chasing shadows against United in their 2-0 Europa League defeat on Thursday, however 37-year-old Olmo Garcia, named by local media as 'The Naked Man of Granada,' certainly made an impact.

Garcia is renowned in the Andalusian city and can frequently be seen striding around public areas sporting nothing but his birthday suit.

His reputation will have only grown further after he somehow managed to make it into the behind-closed-doors game at the Los Carmenes stadium, avoiding all the security and COVID-19 protocols in doing so.

Garcia ran onto the pitch in the 10th minute, throwing himself to the floor and rolling around before being escorted away by police.

"He made it onto the pitch from underneath a large canvas, where he was hidden," the police said.

"The man made it into the stadium at 7 a.m. after getting through the security perimeter located between the stadium and the Palacio de Deportes building, where it is clear he spent the next 14 hours hidden under the canvas in order to not be seen until he decided to make his move."