It's Happening: Giorgio Chiellini Is Signing With LAFC And Could Make El Tráfico Debut 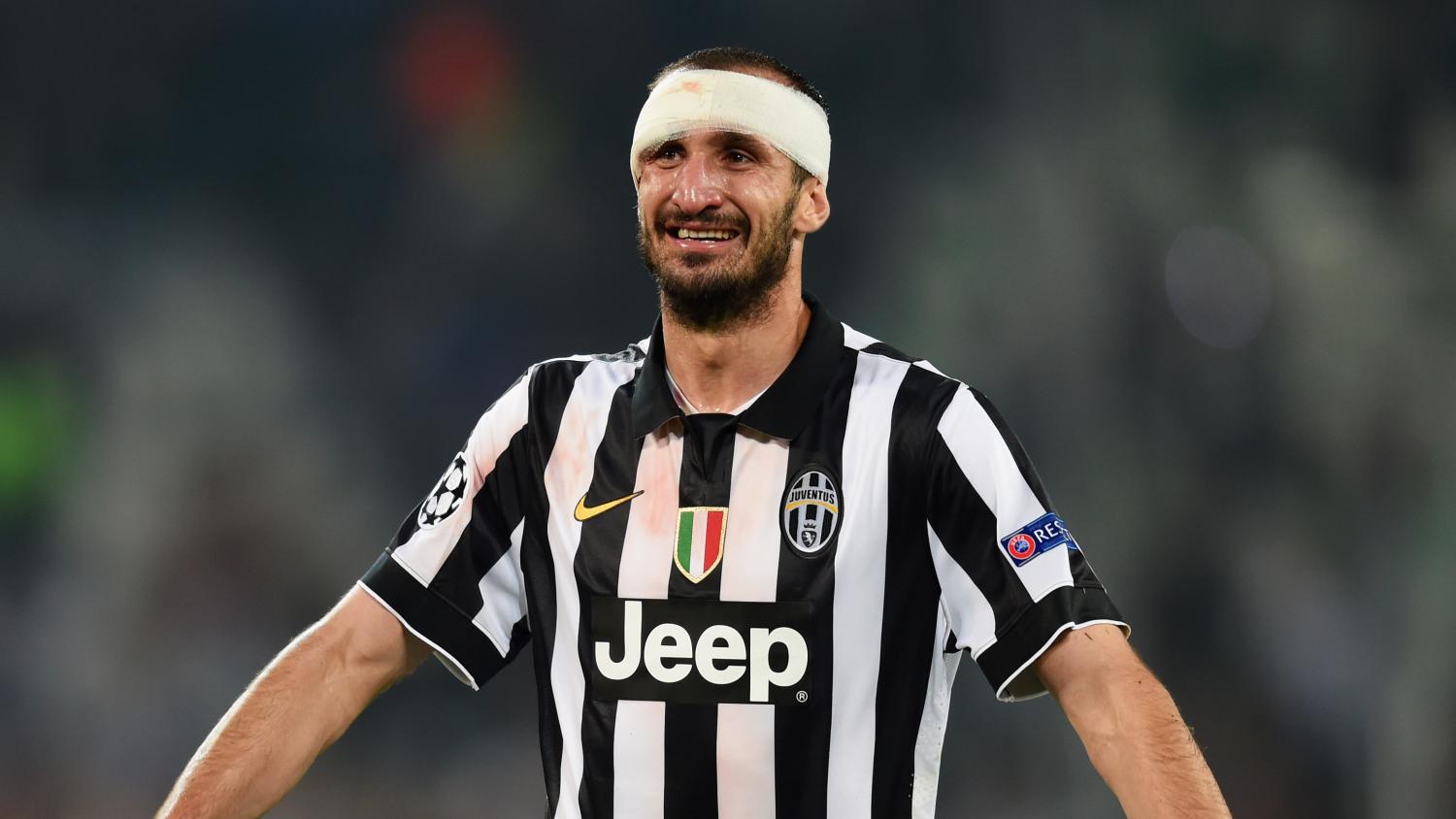 Chiellini turns 38 on Aug. 14 but was still getting significant minutes with Juventus.
Getty Images

You can start imagining it now: It's Friday, July 8 — El Tráfico between LAFC and LA Galaxy at Banc of California Stadium is on. It's also the debut of the grandmaster of defense in MLS. There's 37-year-old Giorgio Chiellini now, sweltering in LAFC's black kit in the noonday Los Angeles heat, skull bleeding and bandaged after an early clash of heads with Chicharito.

No one knows what he's saying. His calf kind of hurts. He gets booked for a tactical shirt tug on Douglas Costa. It's his Zlatan moment.

Regardless of how you envision it, Chiellini is coming to MLS by way of LAFC and signing an 18-month deal (remainder of 2022 and 2023 seasons). The club is using Targeted Allocation Money (TAM) to secure his services, so the veteran isn't arriving as a Designated Player.

Giorgio Chiellini will sign official contract as new Los Angeles FC player in the next few days. Done deal, set to be announced soon - he has accepted to try a new challenge in MLS. #LAFC

Agreement confirmed for the former Juventus captain who will play for LAFC.

LAFC's deal to sign Italian and Juventus legend Giorgio Chiellini is all agreed & set, per source, just needs to be signed. Should happen soon as @FabrizioRomano has said. @FelipeCar says it's 18-month TAM deal.

Chiellini, 37, would be eligible to debut vs. LA Galaxy on July 8.

How Much Will Giorgio Chiellini Play For LAFC?

Questions over the 37-year-old's fitness are valid. An ACL tear cost Chiellini his 2019-20 season, and 2020-21 saw the veteran miss 22 games because of various ailments and muscular problems. However, Chiellini returned to fitness toward the end of the campaign, was selected for Italy's European Championship squad, got injured in the second group stage match, returned from the quarterfinals on and became an officer in the Order of Merit of the Italian Republic.

That's what you get with Chiellini at this stage of his career. One day he's out with an abdomen strain, the next he's marshaling your defense to high-ranking honors.

2021-22 saw Chiellini start 14 of Juventus' 38 Serie A matches, while he came on as a sub in seven, didn't get off the bench in six and missed 11 through injury. However, after suffering a calf injury in February, Chiellini was consistently available throughout the final few months of the season.

Heading out of this recent international window, LAFC's leading the Supporters' Shield race with 29 points from 14 games. Much of that is down to the fact that LAFC boasts the league's best attack with 29 goals scored. Carlos Vela leads the way with six, but the team already has seven players with multiple goals or more.

The defense, collectively, hasn't been as good.

19-year-old Mamadou Fall has logged the most minutes at the heart of defense, and you have to imagine that Chiellini will take the teenager under his wing, while the Colombian Jesús Murillo has frequently been his partner.

Is Giorgio Chiellini Retired From Italy?

While it looks like Chiellini is trying to extend his club career to his 40th birthday, the center back retired internationally after Italy's defeat to Argentina in the 2022 Finalissima. Chiellini earned 117 caps for Italy, fourth-most all time, and scored eight goals for the Azzurri.