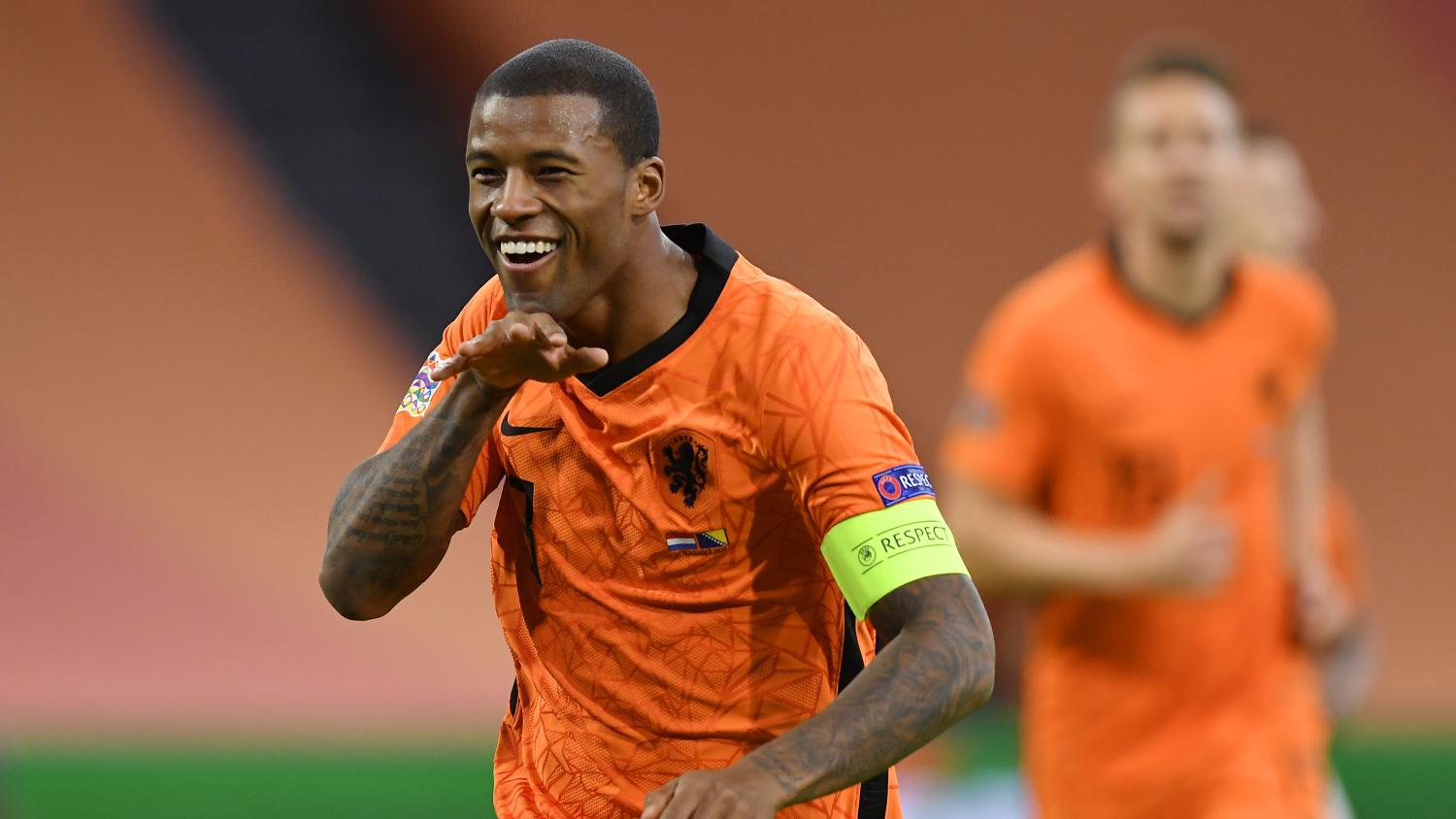 The Netherlands defeated Bosnia 3-1 in the Nations League.
Getty Images

Netherlands captain Georginio Wijnaldum scored two early goals to set them on their way to a 3-1 victory over Bosnia in their Nations League clash on Sunday, a first win for the Dutch under new coach Frank de Boer.

Wijnaldum, who has taken over as Dutch skipper from injured Liverpool teammate Virgil van Dijk, opened the scoring after six minutes and put the home side 2-0 up in the 13th at the Johan Cruijff Arena.

Memphis Depay got the Netherlands' third early in the second half before Smail Prevljak pulled one back for Bosnia, whose defeat means they are now relegated from League A.

The victory for the Dutch was their first in five games since De Boer took over from Ronald Koeman and also kept alive their hopes of winning Group 1. The Dutch, who went top of Group 1, are away at Poland in their last game on Wednesday and have eight points, one ahead of the second-placed Poles and two ahead of Italy, who meet later on Sunday in Reggio Emilia.

Poor marking offered the Netherlands an early opportunity as Wijnaldum was able to tuck away a square pass from right back Denzel Dumfries as he ghosted into the penalty area out of sight of the visiting defense. Depay and Steven Berghuis combined to set up Wijnaldum for his second, another easy tap-in from close range. The third goal in the 54th minute also came from swift passing with Dumfries using his strength to get past Sead Kolasinac before squaring for Depay to score.

Nine minutes later Bosnia, without captain Eden Dzeko who tested positive for COVID-19, netted a consolation as Prevljak scored with a first-touch minutes after coming on as a substitute. It came after Edin Visca had made a strong run down the right to provide the assist. Bottom-placed Bosnia finish their Nations League campaign at home to Italy in Sarajevo on Wednesday.