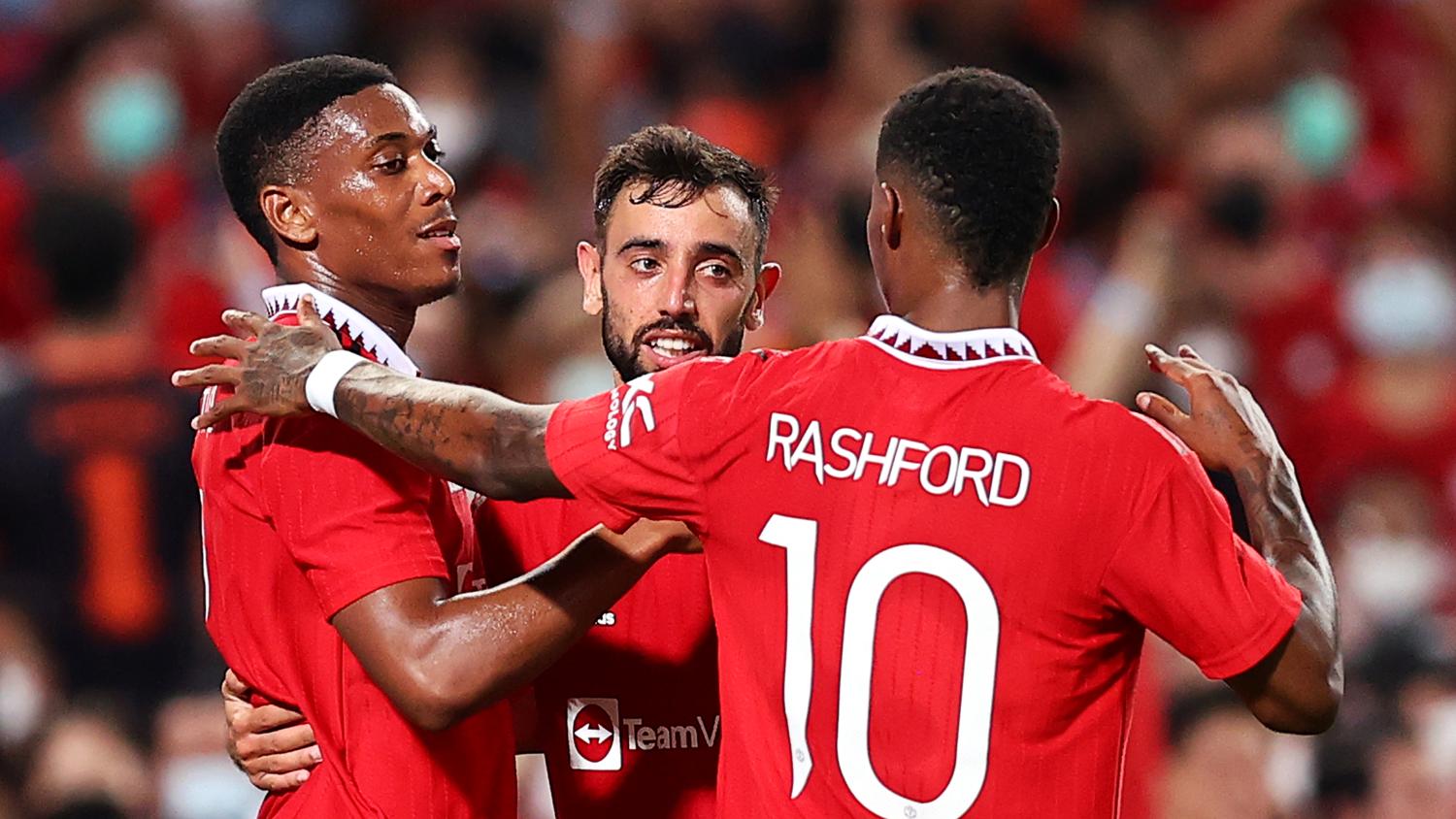 Outside of Liverpool and Man City's excellence, it's hard to know what to expect this year.
Getty Images

The 2022-23 Premier League season is almost upon us, meaning Fantasy managers around the planet are tinkering with their squads more often than Pep Guardiola on a Champions League semifinal night.

The key is identifying the Fantasy Premier League players to avoid — the lads with the big price tags from past successes who are now on an Andy Carroll-arrives-at-Liverpool sort of trajectory, as well as the new signings that are more Ángel Di María and less Juan Pablo Ángel. (For FPL sleepers, click here.)

Smith Rowe was one of the main protagonists of Arsenal's youth movement last campaign, scoring 10 goals and providing two assists at the tender age of 21. With the consensus being onwards and upwards for the Gunners this year, the Englishman figures to be a trendy pick among the legions of FPL players who have a soft spot for Arsenal's attacking finesse.

However, the addition of Gabriel Jesus has revealed Mikel Arteta's preference for the Brazilian up top, Bukayo Saka and Gabriel Martinelli out wide and Martin Ødegaard as the central playmaker.

Smith Rowe likely won't see many minutes at the start of the season, and we don't see him reaching double figures in goals scored this time around.

One of FPL's most expensive forwards after scoring 15 and creating seven while frequently leading Liverpool's attack last year, Jota owners should brace themselves for a miserable start to the season given the Portuguese's lingering hamstring injury and the arrival of $104 million striker Darwin Núñez.

Roberto Firmino is also still a tried and trusted option up top for Jürgen Klopp, so it's difficult to see Jota reaching the heights again.

The prodigal son returns after his failed loan move to Sevilla and could be one of the main beneficiaries of Erik ten Hag's reign — or he's finally cut loose after being given more than enough time to shine at Old Trafford.

The Frenchman showed his promise when scoring 17 goals during the 2019-20 season, and he had people talking again after scoring in three straight July preseason matches. But Cristiano Ronaldo, against all odds, appears set to stay, and that puts an end to Martial's short-lived comeback.

Moura is entering his fifth full season in London, but the 29-year-old Brazilian is ultimately headed for a quiet exit from Hotspur Stadium with Dejan Kulusevski again returning on loan from Juventus, Richarlison arriving from Everton and Ivan Perišić joining from Inter Milan.

Moura might score a couple goals, but he won't come close to matching last year's tally of six assists.

The 31-year-old looked destined for a summer exit before his brace delivered Manchester City the title on the final day of the season, and the German will again be a key component of Pep Guardiola's midfield.

However, his role is a lot different from what it was in 2020-21 — when Gündoğan was frequently the late-arriver in the box and scored 13 goals. Kevin De Bruyne and Bernardo Silva are now the midfielders getting forward, and Erling Haaland's signing also points a more methodical build-up from the Citizens.

Chelsea had the division's third-best defense last year, but Antonio Rüdiger and Andreas Christensen have departed while César Azpilicueta and Marcos Alonso are determined to leave. Even with the addition of Kalidou "The Wall" Koulibaly, the Blues will struggle at the back with all these changes.

James was an FPL monster last season with five goals, nine assists and seven clean sheets, but it doesn't seem like he'll be approaching that ceiling again.