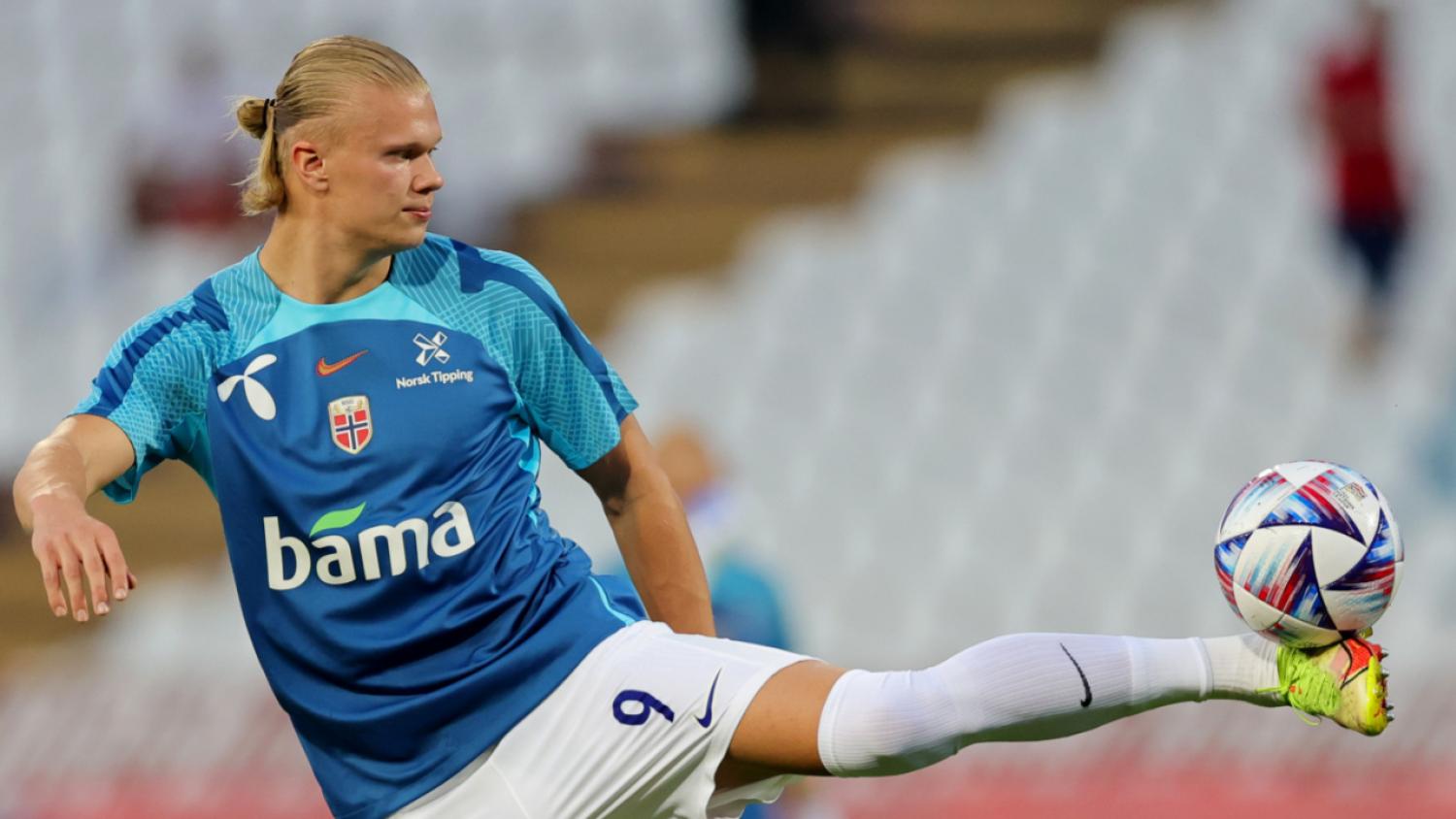 His overall record for Norway is 16 goals from 18 appearances. That's absurd.
Getty Images

BELGRADE - Striker Erling Haaland's superb first-half volley gave Norway a surprising 1-0 win away to Serbia as they got their Nations League Group B4 campaign underway on Thursday, but they needed goalkeeping heroics from Ørjan Nyland to secure the win.

The visitors took the lead in the 26th minute as Martin Ødegaard sliced open the defense with a beautiful pass to Marcus Pedersen who crossed for Haaland to deftly volley home from close range with the only shot on target in the first half.

Another game, another international goal. pic.twitter.com/z765hkdZE8

Serbia dominated possession and put the Norwegian defense under tremendous pressure in the second half, but Nyland pulled off a string of fine saves to keep his clean sheet intact and secure the three points for his team.