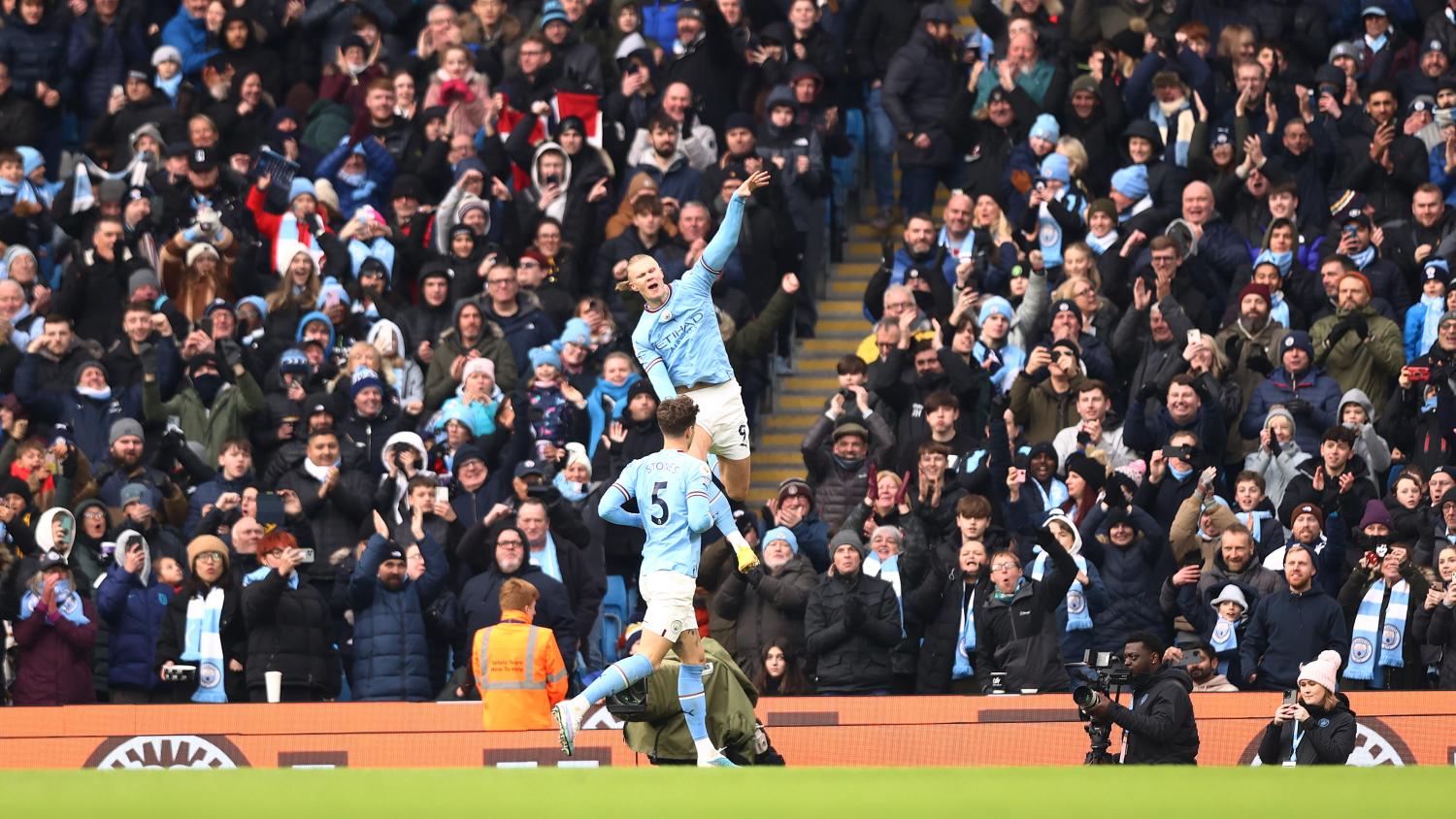 City dominated the first half and deservedly took the lead after Haaland headed home from a pinpoint cross from Kevin De Bruyne in the 40th minute.

It was a matter of time until City got that crucial second goal, with Haaland converting from the spot following a foul on İlkay Gündoğan five minutes after the break.

The Norwegian then quickly completed his treble to put the game to bed.

City cruised to victory from there on in as they closed the gap to league leaders Arsenal to two points, but the Gunners have two games in hand, the first of which is against Manchester United later on Sunday. Wolves stay 17th on 17 points.

"He (Haaland) has to get the balls delivered, he has fantastic players around him," coach Pep Guardiola said. "The ball from Kevin is fantastic. He (Haaland) lives 24 hours for his job, passion, love. He's not stressed much. He is stable. He feels the defeats. His numbers are incredible. The way we played today was quite similar to the first-half when we were losing 2-0 to Spurs (on Thursday). Our game, football was really good. Today we improved."

Haaland had in fact endured a mini goal drought of three City appearances in all competitions prior to last week's strike against Tottenham Hotspur, but he certainly brought his shooting boots for the visit of struggling Wolves.

The home side had a host of chances to break the deadlock before Haaland pounced with clinical precision five minutes before the interval, with his second expertly put away from the spot. That penalty took him to 30 goals in all competitions with half the season left to play, before adding one more to his tally after a dreadful error from Wolves goalkeeper José Sá.

His remarkable 25-goal league haul from 19 matches would have been enough to win the Premier League golden boot in each of the previous four seasons. Dixie Dean's record of 60 goals scored in a single league season, set in 1928, remains in sight.

Haaland has more than double the league goals Wolves have mustered this season. They are only above the relegation zone on goal difference.

"We made mistakes, but the first half worried me more than the second half," coach Julen Lopetegui said. "It's always possible to improve the squad while the (transfer) window is open, but it's important to improve the players who are already here."