Liam Hanley October 4, 2021
After a landmark decision by the Dutch FA in March, Fokkema was finally able to make her historic debut in September.

Ellen Fokkema found herself in an unfamiliar position when she came off the bench for Dutch side VV Foarut a few weekends ago. Not because she was the only woman on the pitch playing alongside 21 men, but because of the horde of cameras following her every move that September afternoon.

Fokkema has played for men's club VV Foarut since she was five, progressing all the way up to the club's U-19 side.

"Back then when I was young, the opponents were like, 'Hey, there's a girl!'" Fokkema remembers. "But my hair was short, so most people never noticed. I kind of did that on purpose so no one would notice."

But people did notice when Fokkema was named to the senior VV Foarut squad for the first time, as the 20-year-old was set to become the first woman to play men's senior football in the Netherlands.

Previously, the Royal Dutch Football Association (KNVB) allowed women to play alongside mixed gender footballers until they turned 19, a rule that was in place since 1986. After that, they had the option to join a senior women's club, play for a men's reserve side or quit altogether; men's senior football was forbidden.

When she was 18, Fokkema received an offer to play professionally for Heerenveen of the Eredivisie Vrouwen — the top flight for women's football in the Netherlands — but that would mean leaving behind her teammates and pausing her medical studies.

Her home village of Menaam (population 2,600) also lacks a women's club, leaving Foarut as the only local option for a player like Fokkema.

As her dreaded 19th birthday approached, Fokkema decided to take action. She petitioned the Dutch FA in December 2019 — the first of three letters she sent to the KNVB — asking for a special exemption to allow her to continue playing with her VV Foarut teammates.

"I've been playing with these guys since I was 5, and I was sorry that I wouldn't be able to play with them in a team next year," Fokkema said. "From the KNVB (Dutch FA) I was always advised to continue playing with the boys for as long as possible, so why shouldn't it be possible? It is quite a challenge, but that only excites me more."

Eventually, her persistence was noticed. In August 2020, the KNVB announced a pilot scheme to allow Fokkema to play for her 4e Klasse (ninth-tier) side. She appeared seven times for Foarut in the fall of 2020 before Covid-19 canceled the Dutch amateur season. 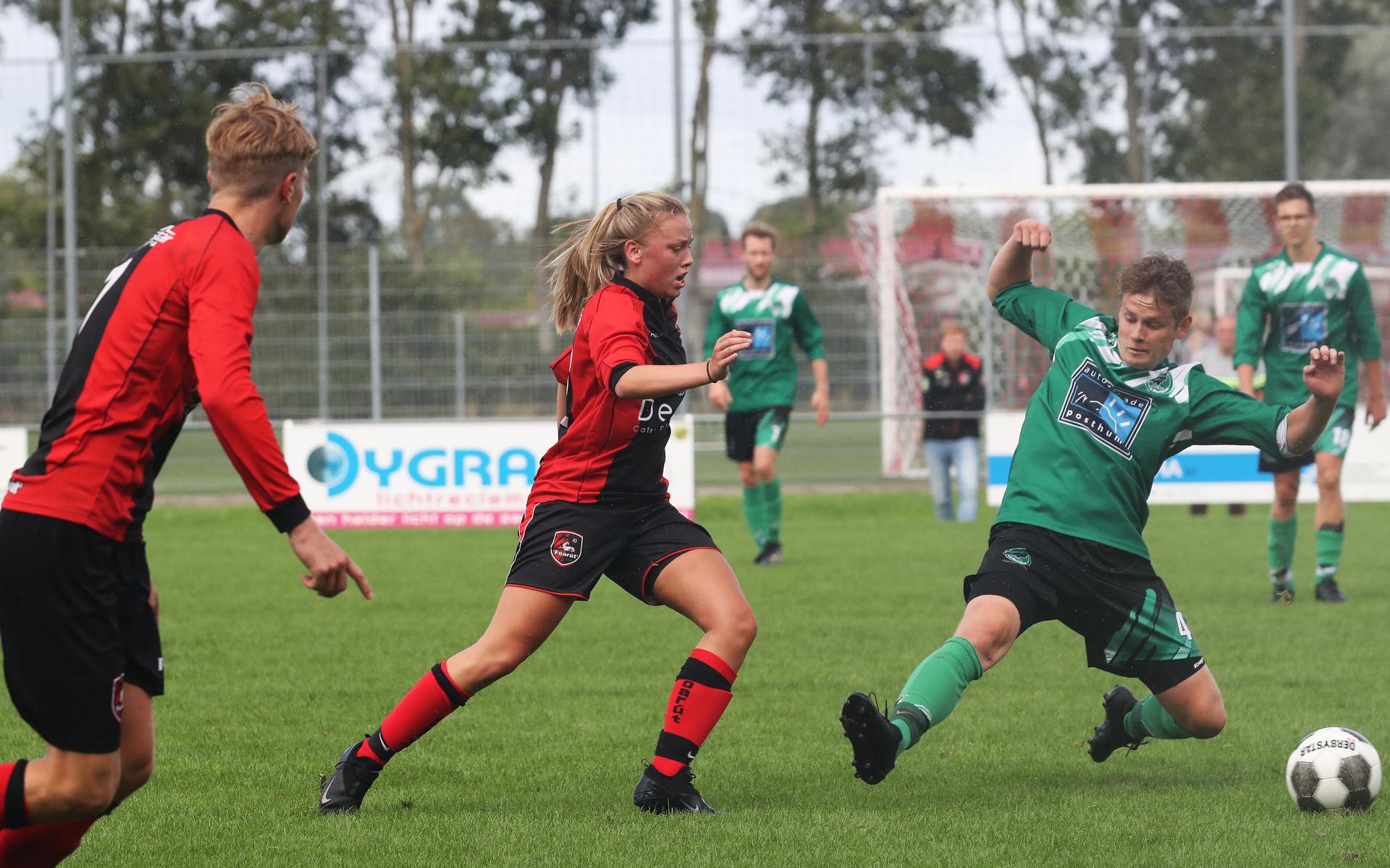 Fokkema appears in a cup match for VV Foarut in August 2020 as part of the KNVB's pilot program (via the Leeuwarder Courant).

The pilot program proved a success, and in March of 2021 the KNVB changed the eligibility rules for women in football, granting them the right to play for men's senior clubs.

"When it was announced, I then realised (how big a deal it was) — before, I thought it would be the same as I used to be, just me playing soccer," Fokkema said. "But then I was on the news. It was really strange. My phone was hot: I wanted to throw it out of the window! But it was one day, then one week where it was busy, but then it calmed down."

Still, Fokkema had to wait six long months until the start of the 4e Klasse season. But VV Foarut's home opener on Sept. 25 provided the perfect opportunity for Fokkema to make history.

As she stepped on the field as a substitute for Foarut in the 60th minute, Fokkema became the first woman to officially appear in a league match for a men's senior side, playing the final 30 minutes in her club's 4-0 defeat. 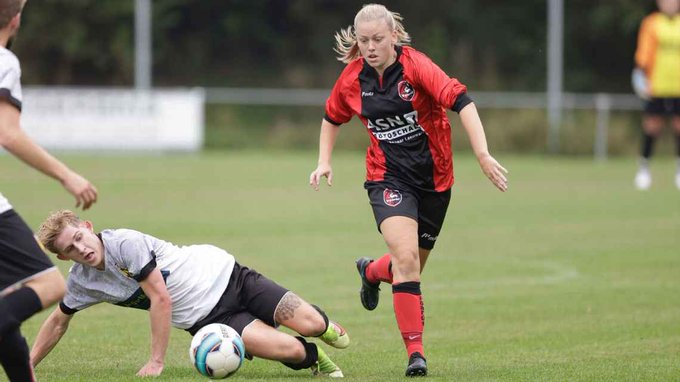 Fokkema admitted that it would take a few matches for her to adjust to senior football, but she said she is confident that she made the right decision.

"I loved the higher level," Fokkema said. "It's all a bit faster and a bit more brutal, but I play smart rather than tough. I love the camaraderie."

As for the impact of her debut?

"I guess it's a milestone for soccer in general," Fokkema said. "Women will be able to choose in which team to play — that's new, that they have the choice. I hope I won't be the last, or else it would have all been for nothing."

While a history-maker on the pitch, Fokkema continues to balance her footballing schedule with shifts in the emergency department of the local hospital, as she has six months left in her medical program before she becomes a qualified nurse.

In her eyes, she's still just a regular 20-year-old out there playing football with her friends. Isn't that what we all want?