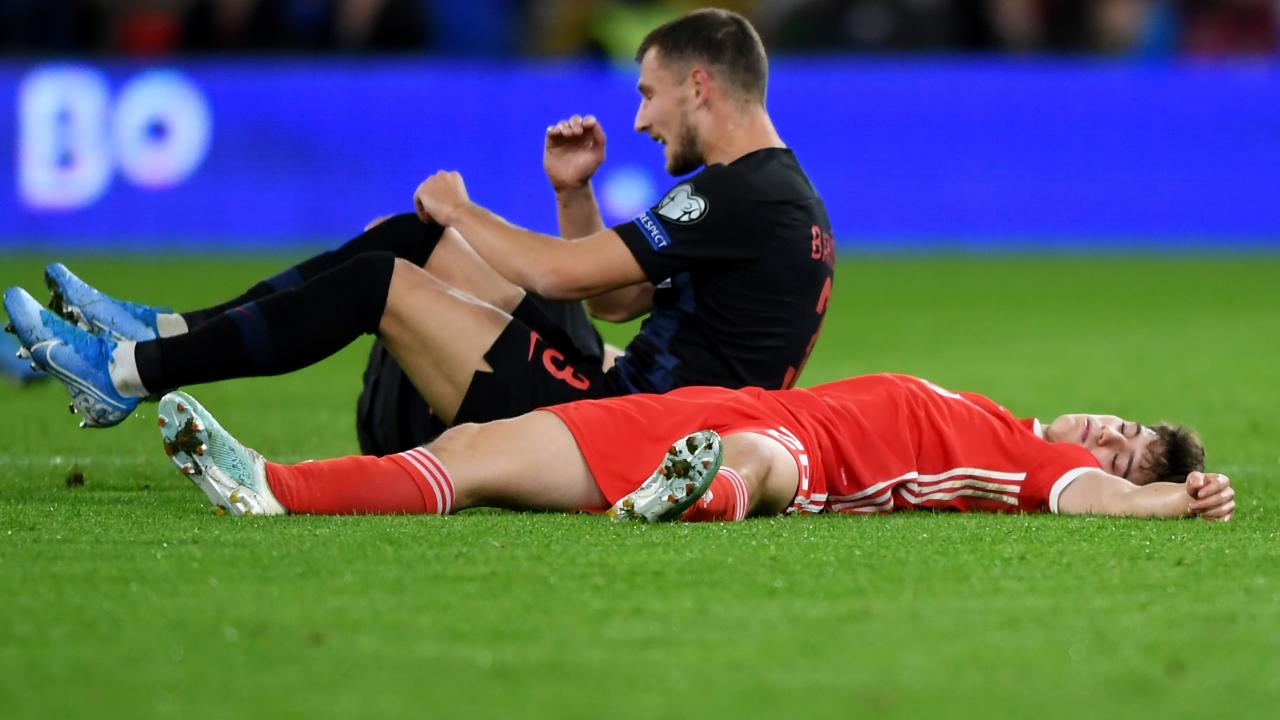 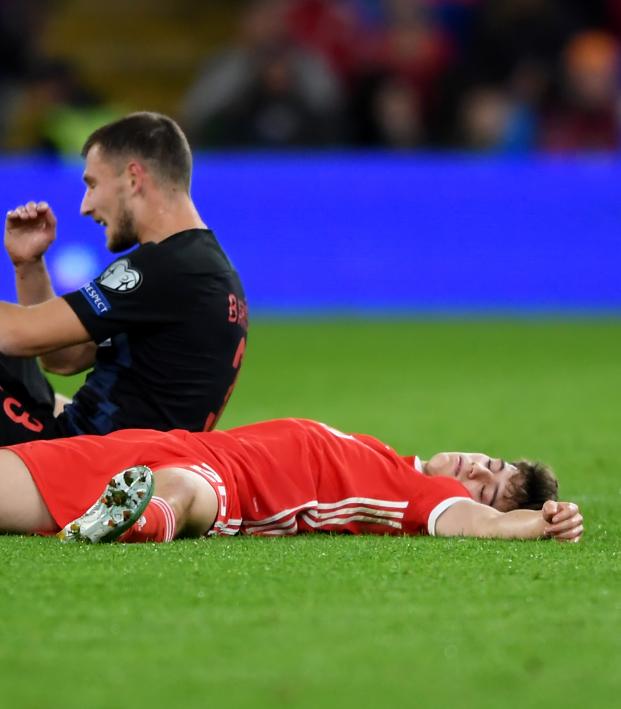 On Sunday, during a crunch Euro 2020 qualifier between Wales and Croatia in Cardiff, there was a terrifying moment in the 14th minute when highly touted Welsh winger Daniel James — somewhat stooping to win a header in the middle of the park — caught a flying knee to the back of the head from Croatian defender Domagoj Vida.

It didn’t look good for James. He crumbled to the turf, his left arm briefly adopting the fencing response position, as he lay motionless and nearby Croatian players frantically waved on the medical staff.

The match was being broadcast on ESPN stateside with commentary provided by Ian Darke and Taylor Twellman. Twellman, of course, prematurely called time on his playing career at the age of 30 following a series of concussions and their lingering symptoms.

He’s now an advocate for increased awareness and understanding of sports-related concussions, going as far as creating his own charitable foundation for the cause and agreeing to donate his brain to science for concussion-related research after death.

I just don’t understand how @UEFA and @FIFAcom continue to keep their heads in the sand re: this topic......I fear it’s going to take some catastrophic for their to be substantial change/progress. #Euro2020Qualifiers https://t.co/YHQMMkRmWq

Twellman and Darke both immediately agreed that James should not be allowed to continue. But both agreed that the match represented the perfect storm for James to soldier on: This was a game that Wales couldn’t afford to lose, they’d gone behind 1-0 to a ninth-minute Nikola Vlašić goal and the 21-year-old Manchester United star would certainly attempt to convince the medical staff, contrary to what we’d all just witnessed, that he was OK to soldier on.

Knowing these things, Twellman again advocated for the much-discussed introduction of concussion substitutions. In this instance, it would’ve allowed Ryan Giggs to withdraw James without being forced to used one of his three allotted subs as early as the 20th minute.

It’s a measure that’s been lauded by both medical experts and FIFPro, but — as both Darke and Twellman acknowledged during the broadcast — it does potentially open a can of worms with regards to gamesmanship and deceit.

But even in today’s day and age — when some of the world’s finest footballers are known more for their duplicity than their otherworldly skills — would anyone stoop as low as to feign brain trauma?

So when James sprinted back onto the pitch minutes later, it was viewed as a failure of modern guidelines: If the winger had undergone a 10-minute assessment, as is necessary in the case of suspected concussion, he wouldn’t have been allowed to continue.

At least, that’s what we all thought.

However, after the match, Giggs set fire to all good intentions by revealing that James was just being “streetwise” when pretending to have been knocked out. According to Giggs, he “stayed down with a bit of acting” and “was just using his nous.”

After the match, James himself said: “We knew it would be tough. There were a few tackles flying in but you expect that in these games. I’m fine – he caught me in the head but I didn’t get knocked out unfortunately … fortunately, sorry! We showed character to come from behind and it’s a good result against a great team.”

It’s a level of acting that belongs in a Key & Peele sketch, and Twellman obviously wasn't happy with the development.

As I said on the broadcast after Ampadu was taken out after his concussion, if James was “faking” then it completely kills any credibility for independent doctor/sub rule because anyone that was watching the game live including the doctors thought he was “out”. https://t.co/ieViX0QvSo

Those that’ve become completely invested in bringing the game up to speed with regards to concussion awareness, including brain injury charity Headway, are not pleased with player and manager either.

“If that is the case and James was ‘acting,’ it raises serious questions about the player’s understanding of the seriousness of concussion,” said Headway chief executive Peter McCabe. “Not only has he put his own medical team under intense and unfair scrutiny, but he’s also set a dangerous example for the millions watching at home.

“Similarly, we have serious concerns about terms like ‘streetwise’ or that the player was ‘just using his nous.’ It is simply not acceptable for teams to use concussion protocols for tactical gain.”