Is Chicharito The Best Player In The Bundesliga? Last Month He Was

Chicharito is getting some recognition for just how good he has been so far this season.

The Mexico and Bayer Leverkusen striker has been named the Bundesliga's player of the month for the month of November. 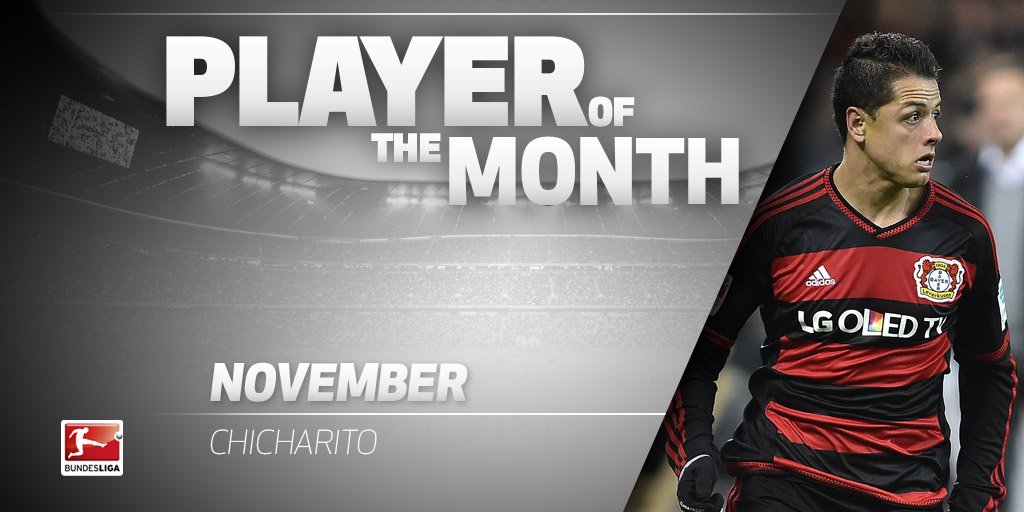 Recently Hernandez went through a stretch in which he scored 10 goals in seven games in the Bundesliga, DFB Pokal and Champions League, which explains why he was given the award. Bayer Leverkusen are still alive in all three competitions. They sit sixth in the Bundesliga table, 19 points behind leaders Bayern Munich.

He is currently tied for ninth in scoring in the Bundesliga, with six goals in 11 games (three in the month of November). He has scored 12 goals over-all this season (four in the month of November). He joined Bayer Leverkusen at the beginning of the season from Manchester United, where he had fallen out of favor with manager Louis van Gaal, and after spending last seaon on loan at Real Madrid, who opted not to extend the loan.