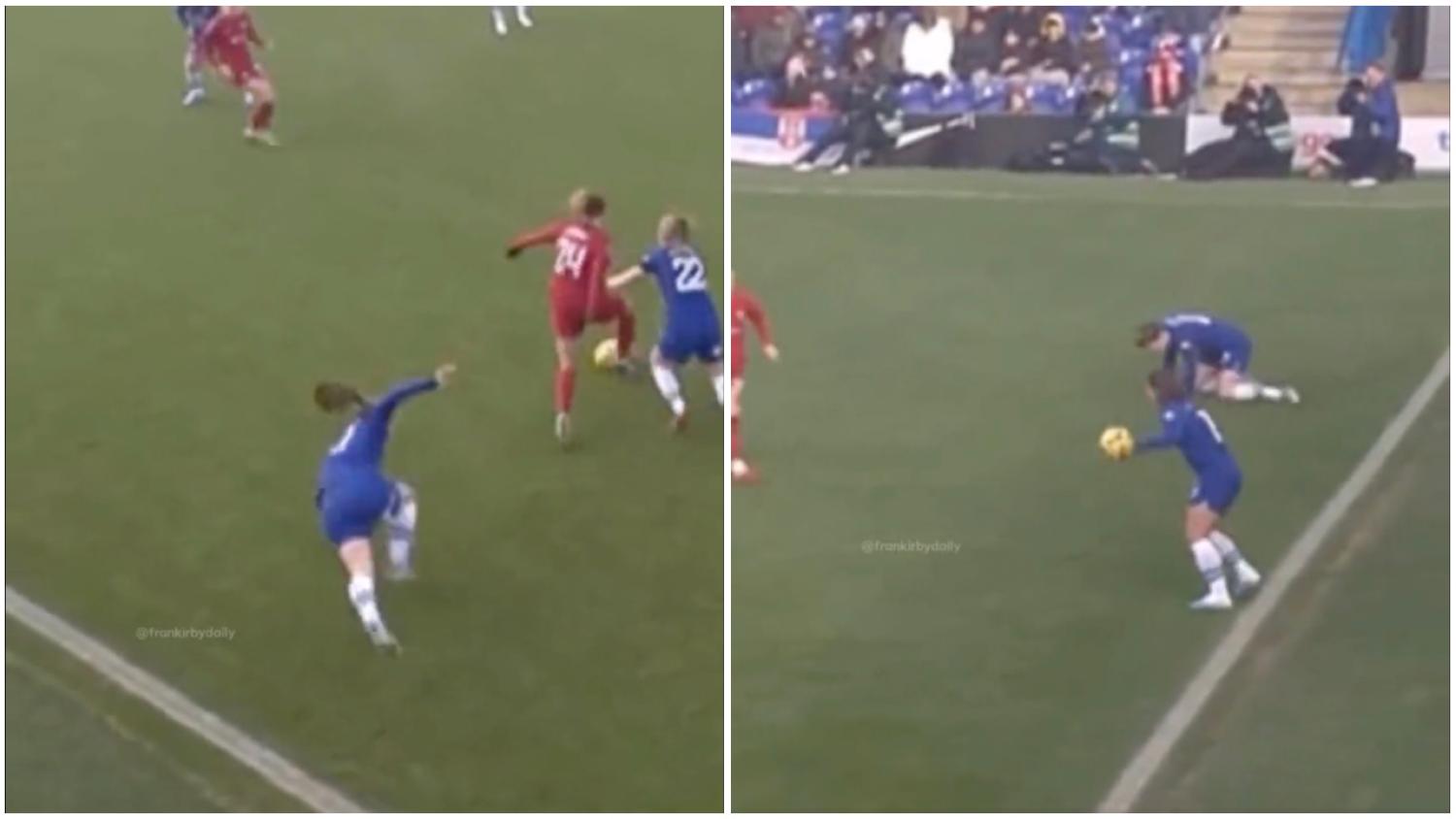 Why this contest even started is a mystery.
The18

A match with big implications at both ends of the Women's Super League table between Chelsea and Liverpool was abandoned Sunday after parts of the Kingsmeadow pitch were quickly determined to be icy beyond playability.

With freezing weather gripping England, the contest only lasted five minutes before safety concerns ended the afternoon for players and spectators. A viral video showcasing those five minutes is all you need to see.

Today's match has now been postponed due to a frozen pitch. pic.twitter.com/0eWbZpQMRx

Questions have been asked over why the match was even allowed to begin, and there's been a growing call for undersoil heating at WSL grounds.

"It's mind boggling that there's games/trainings being postponed because of frozen pitches throughout the league ... we play in a cold country. We should have heated pitches too," Chelsea's Canadian defender Kadeisha Buchanan wrote on Instagram. "Where's our ratings as women footballers ... like they honestly don't rate us."

"The game should never have started," Hayes said to the BBC. "We have to say to ourselves that it's time for undersoil heating. We've got to take our game seriously — yes, we can have our blowers and pitch tents, but it's not enough."

After just five minutes of play the referee stops play due to the frozen pitch... pic.twitter.com/gW1KRHyPcj

Elsewhere in the WSL, Tottenham's home match against Leicester (Brisbane Road) and Arsenal's trip to Brighton (Broadfield Stadium) were also both postponed.