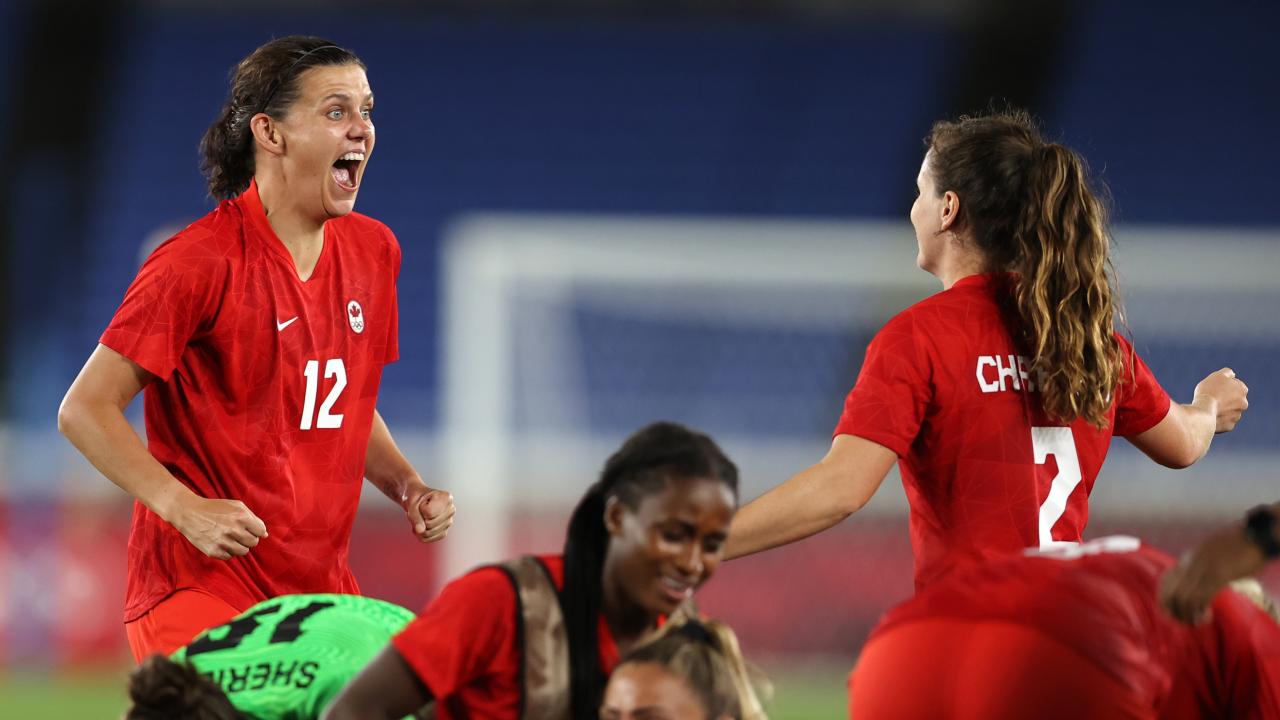 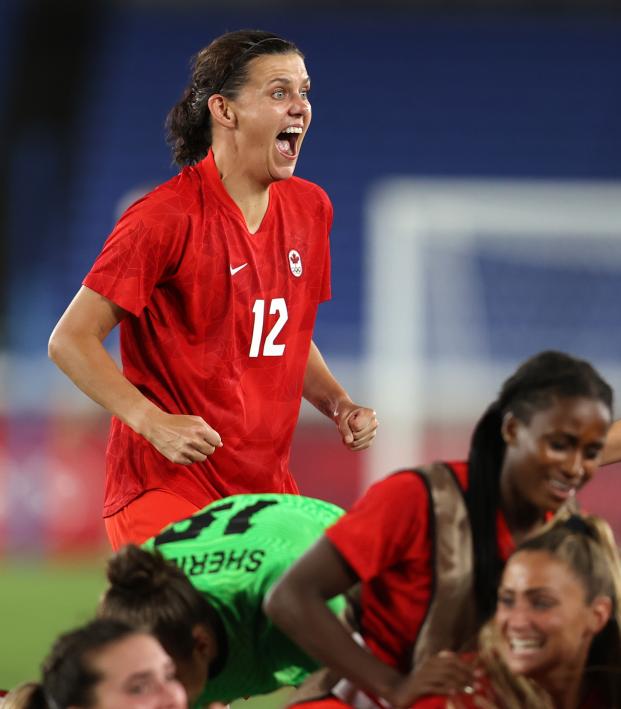 Julia Grosso kept her cool with the decisive penalty in sudden death to give Canada top spot on the podium after bronze medals at London and Rio.

The Swedish team, who had enjoyed far greater pressure throughout the 120 minutes and were one kick away from victory in the shootout, collapsed on the ground, with several members of the squad breaking into tears.

The Canadian players whooped in delight and embraced after another resilient defensive display following their upset of the gold medal favourites the United States in the semifinals.

That win over the Americans had come via a penalty from Jessie Fleming and the tireless 23-year-old midfielder again proved a key figure.

Stina Blackstenius had put Sweden ahead in the 34th minute, steering home a slightly scuffed shot after Kosovare Asllani squared the ball.

But Fleming brought Canada level in the 67th minute after the referee went to the pitchside monitor and ruled that Swedish defender Amanda Ilestedt had brought down Canada striker Christine Sinclair.

Sweden dominated for the remainder of normal time and the 30 minutes of extra time but failed to turn the pressure into efforts on goal.

There were goalmouth scrambles and Sweden substitute Lina Hurtig twice went close with headers but Canada never stopped making blocks and winning challenges as they scrapped to take the game into the shootout.

Sweden were positioned to win the best-of-five contest but Caroline Seger shot over the bar with the chance to make it 3-1 with her team's fifth kick.

Deane Rose then blasted the best kick of the contest into the top corner to make it 2-2 on penalties and force sudden death.

Canada keeper Stephanie Labbe dived low to her left to keep out Jonna Andersson's effort and Grosso settled the affair with a well-struck shot that went in despite Hedvig Lindahl getting a hand to it.

The United States won the bronze medal on Thursday with victory over Australia.