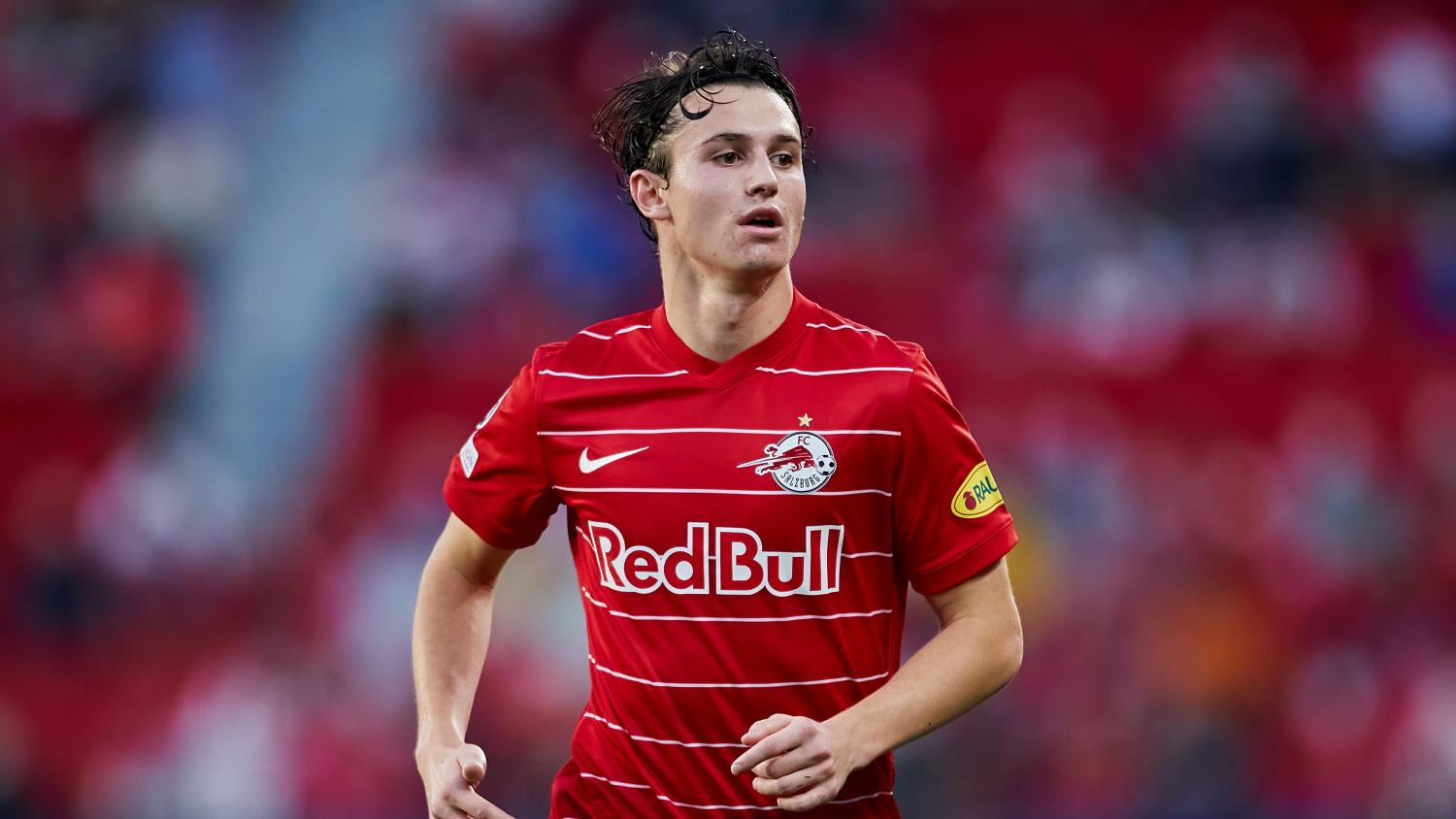 All in all a good day for the 21-year-old American.
Getty Images

After six weeks out with a knee injury that forced him to miss the USMNT's last window of World Cup qualifying, Brenden Aaronson returned to the pitch with RB Salzburg on Sunday and converted a penalty while his club secured a ninth straight Austrian Bundesliga title with four matches remaining.

Aaronson hadn't played since going the distance in Salzburg's Austrian Cup semifinal win over Wolfsberger on March 16, but he returned to the starting lineup against Austria Wien and lasted 64 minutes.

Goals from Nmesoma Okafor, Karim Adeyemi and Luka Sučić put Salzburg up 3-0 in the first half, and then Aaronson made it 4-0 in the 54th from the spot. He has four goals and five assists in 22 league appearances.

AARONSON SCORES!!!! #USMNT star Brenden Aaronson returns to the pitch and puts one home to give @FCRBS_en a 4-0 lead. pic.twitter.com/2u1Nkd0dpI

With a 14-point lead over second-place Sturm Graz, the title was confirmed. Here's how the 21-year-old parties.

Here's Brenden Aaronson giving his thoughts on our title victory, his plans for the day, and the path ahead

PS: He doesn't seem too big on the beer showers pic.twitter.com/qmS31jQ40e

Salzburg plays Ried in the Austrian Cup final on May 1, and then we'll see where Aaronson ends up this summer with multiple Premier League sides reportedly interested.