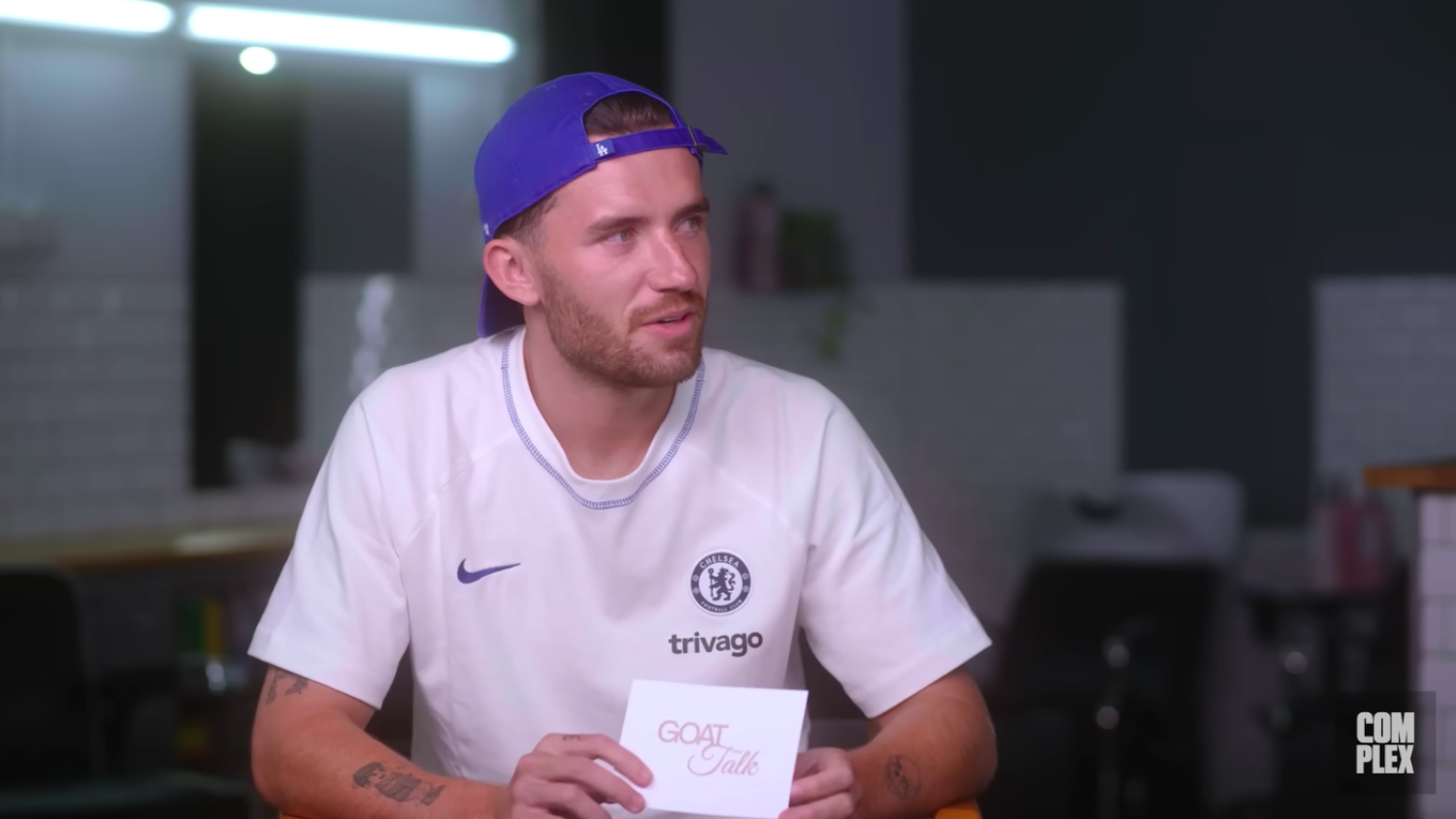 We just saw a USA fan fall to their knees in a Walmart.
Complex | Youtube

Because they are athletes, it was expected for the show to deliver questions that would be interesting to see.

The first question, though, followed with some almost heart-wrenching comments from Chilwell – saying he has no clue who Landon Donovan or Clint Dempsey are.

The players were asked about their "favorite World Cup memory."

Pulisic, as would many people, picked Landon Donovan's last-minute goal against Algeria in 2010 as his favorite.

An iconic goal for an iconic player.

Chilwell, surprisingly, did not know when this happened or who Landon Donovan was!

"When was this? I actually don't remember" said Chilwell. "I don't know who Landon Donovan is."

"Is that bad? Is he like a big player?" said the England international.

The American, almost embarrasingly, responded with "he's probably the best ever American."

Later in the video, the left-back asks Pulisic for his GOAT American footballer to which he mentions the debate between choosing Clint Dempsey and Landon Donovan as the GOAT.

Chilwell, for one, didn't know who Dempsey was either! "I couldn't tell you who that is," said the 25-year-old.

Are Landon Donovan and Clint Dempsey that forgettable?

It's quite surprising seeing that a professional English soccer player doesn't know who Clint Dempsey is, never mind Landon Donovan.

Donovan played for most of his career in MLS and although he migrated to Europe to play with Bayern Munich and Everton, he did so without really making an impact. Perhaps it's understandable for Chilwell to be somewhat clueless about the legendary USMNT player.

Dempsey, on the other hand, had a marvelous career in the Premier League.

The midfielder played over 200 games with both Tottenham Hotspur and Fulham, scoring a total of 57 goals and providing 21 assists in the EPL.

Not to mention Dempsey actually scored in the 1-1 group stage draw against England (Ben Chilwell's country) in the 2010 World Cup (a World Cup where Chilwell was 14 years of age).

This game is one of the most anticipated group stage matches in this year's World Cup and "GOAT Talk" seemed like a friendly space that would help find things in common between us Americans and the English heading into the match on November 25.

Instead, the show might've just fired up the game even more.

You call it football? We're OK with that.

You have better chants? Perhaps.

You don't know who Landon Donovan is? It's war.

Thanksgiving lands on the 24th, but thanks to Chilwell, England will get the stuffing on the 25th.