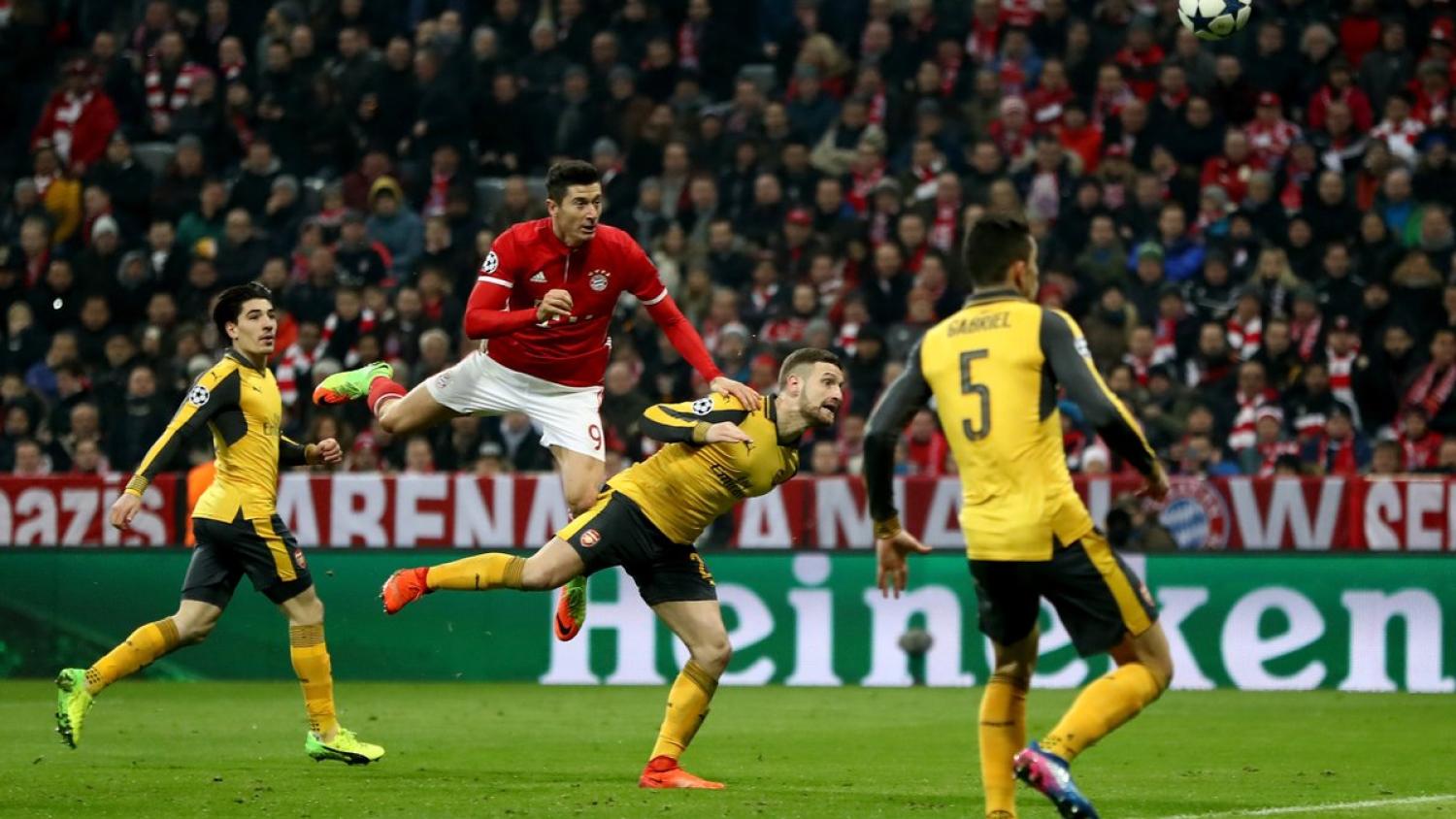 After a promising first half ended 1-1, Arsenal let in four goals in the second.
@SkyFootball | Twitter

C'mon, y'all knew this was coming. A promising start followed by a catastrophic and frankly hilarious meltdown: this is the Arsenal blueprint, and man, did they follow it against Bayern Munich Wednesday.

Things started well for Bayern, with Arjen Robben scoring in the 11th minute by cutting inside and shooting with his left foot, even though this is the only move he has, has had and will ever have. Even more alarming is it looked like Francis Coqielin was actually encouraging Robben to cut inside as opposed to outside, even though Robben has never used his right foot in his life.

Alexis Sanchez made up the difference by firing in a rebound from a penalty he had missed, and the two sides went into halftime level. Arsenal had to feel pretty good at this point, because an away 1-1 draw would set them up very well for the next leg.

Goals from Robert Lewandowski (a header from a very nice cross by Philipp Lahm), Thiago (put in by a very nice Lewandowski flick), Thiago again and Thomas Muller effectively ended the tie. Arsenal will need to blow Bayern out of the water at home to advance to the Champions League quarterfinals, so they may as well look to keeping their place in the Premier League top four, or winning the FA Cup, you know, something achievable. I am not saying Arsenal are incapable of demolishing Bayern, all I am saying is that they are Arsenal. Infer from that what you will.