Barcelona's reward for selling its soul is the Europa League 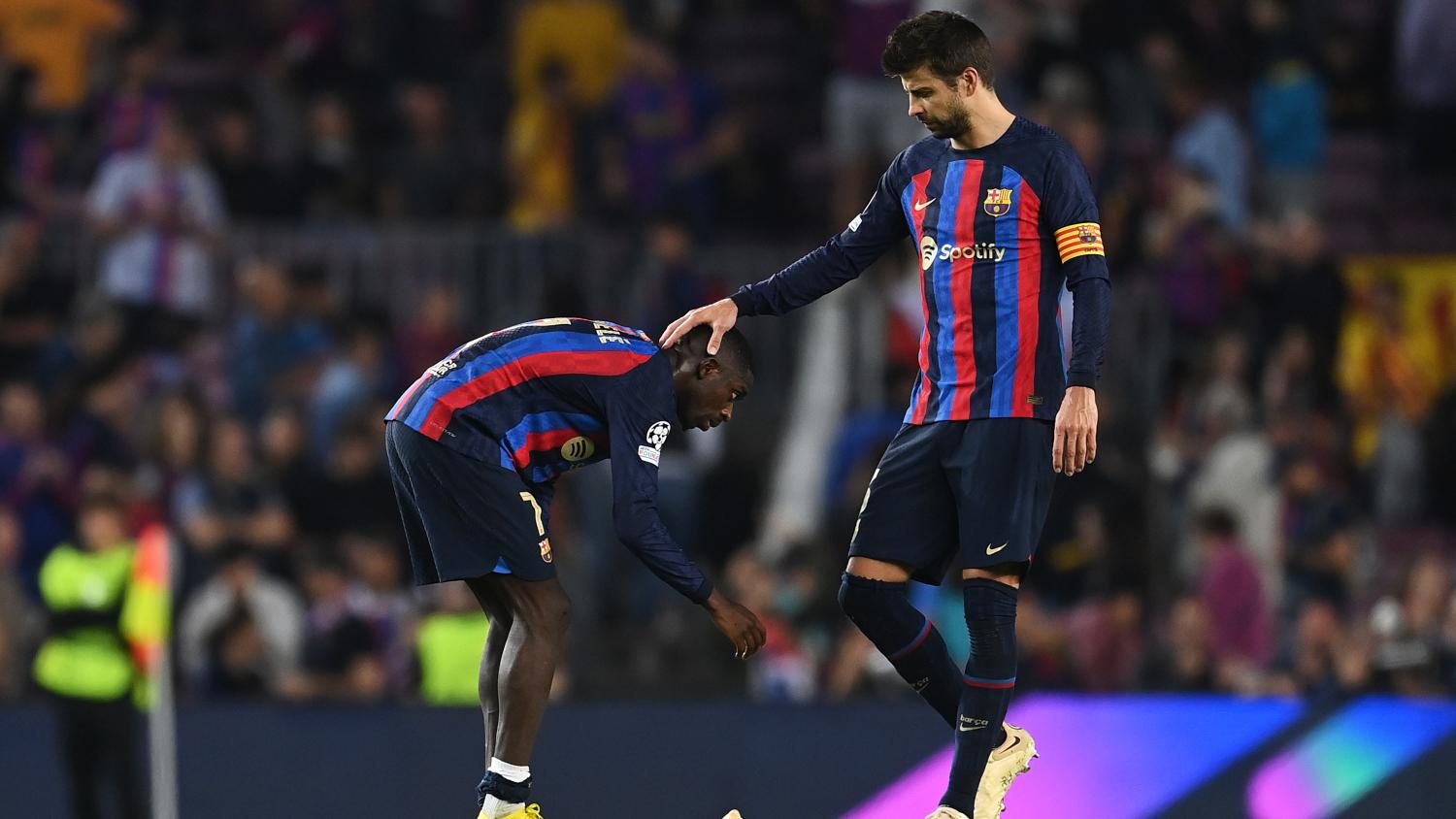 After 17 straight seasons of advancing to the Champions League knockout stages between 2004-05 and 2020-21, Barcelona is about to drop down to the Europa League for the second straight campaign after a damning 3-3 home draw with Inter Milan Wednesday left the Italian side just a win against Viktoria Plzeň away from securing a top-two place in Group C alongside Bayern Munich.

With two matches remaining, there's a chance that Barça could engineer a miracle progression with Plzeň's help, but there's also a chance that the Blaugrana could be out of Europe entirely by finishing fourth. That, however, is unkind thinking to a Barça team that's clearly improved since last campaign.

Landing in the group of death was unlucky for Xavi's squad, and with Bayern Munich clearly a cut above the rest in Group C, last week's 1-0 defeat to Inter at the San Siro made Wednesday's assignment against the Nerazzurri clear: victory at the Spotify Camp Nou was needed.

With the match at home and Barça still undefeated in LaLiga heading into Sunday's El Clásico, Barcelona seemed like a safe bet against Inter.

In the 40th minute, the breakthrough arrived with Sergi Roberto feeding Ousmane Dembélé for the opener. The omens were good — in the 32 matches the Frenchman had previously managed to score for Barça, the club had never lost.

Barcelona's classic degree of control was there in the first half, but in the 50th minute, Gerard Piqué got everything wrong to allow Nicolò Barella a free equalizer.

Pique with the perfect gift for Barella. pic.twitter.com/nrUD6P1bcO

13 minutes later, it was Eric García's turn to get smoked by Lautaro Martínez.

As it stands, Barcelona are going OUT of the #UCL pic.twitter.com/py89j04bBa

The knives were out inside the ground, and a fair few were pointed at Robert Lewandowski. After a hat-trick against Plzeň on Matchday 1, the Pole had now gone scoreless for over 250 minutes in the Champions League.

A LIFELINE FOR BARCELONA. pic.twitter.com/PVVHpWJmH7

But Lewandowski got the Camp Nou back on its feet with a gloriously snapped header for 3-3.

ROBERT LEWANDOWSKI AGAIN. BARCELONA ARE STILL IN THIS pic.twitter.com/e3lSiIiUFC

That's how it would end, so Barcelona technically isn't eliminated, but if Inter beats Plzeň at the San Siro on Oct. 26, then it's over. Barça hosts Bayern that same day.

Inter holds the head-to-head tie breaker with Barcelona, so it's game over really.