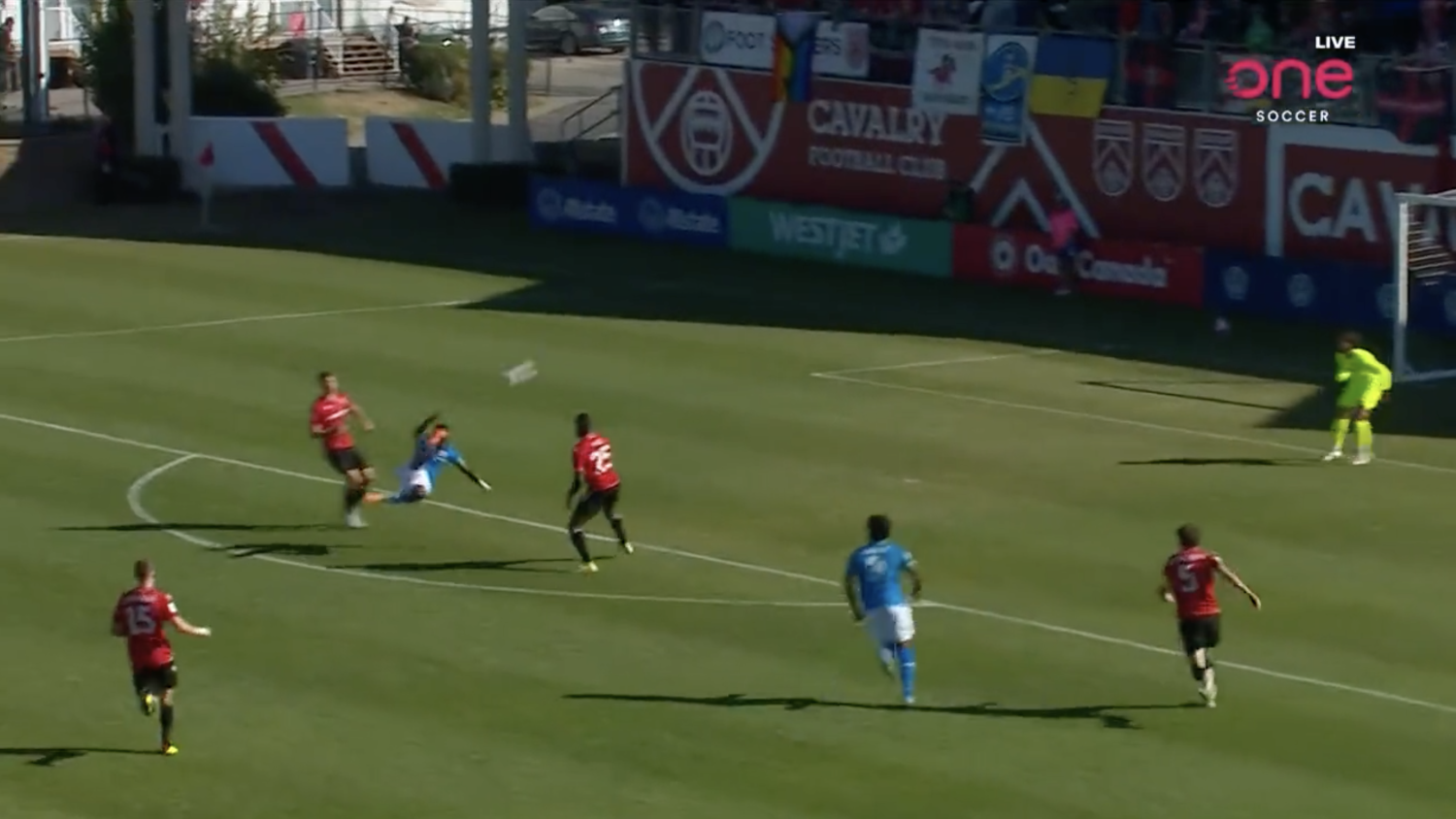 A wonder goal to go top of the Canadian Premier League.
@onesoccer | Twitter

While most men's soccer leagues around the world have stopped playing for the international break, the Canadian Premier League has continued, and its reward is a stunning finish from Atlético Ottawa forward Ballou Tabla.

Hello soccer world. This is @CPLsoccer (not #MLS)

In this league, we have a saying#CANPL. BANGERS. ONLY.

Here's the latest, by Ballou Tabla of @AtletiOttawa

Before even four minutes had been played, Ottawa's right-back Miguel Acosta controlled a pass on the wing, searching for a run being made up top. Almost immediately, he spotted the advancing run by Tabla and sent a beautiful curling pass to his teammate, who was now just outside the 18-yard box.

As the ball approached Tabla, the two defenders marking him stood off, anticipating he would attempt to control the ball and bring it down. Tabla, however, had another idea. He somehow contorted his body and fired a chipped bicycle kick over Cavalry FC goalkeeper Marco Carducci, off the underside of the bar and into the back of the net.

Atlético Ottawa, a club owned by Atlético Madrid, went on to beat Cavalry in this game by a score of 3-1. Both sides entered the match as the top two sides in the league, but with the win, Ottawa has managed to stretch its lead at the top to four points over Cavalry. With just a handful of games remaining across the league, the playoff picture is anything but sorted, and the playoffs will be enthralling in less than a month.