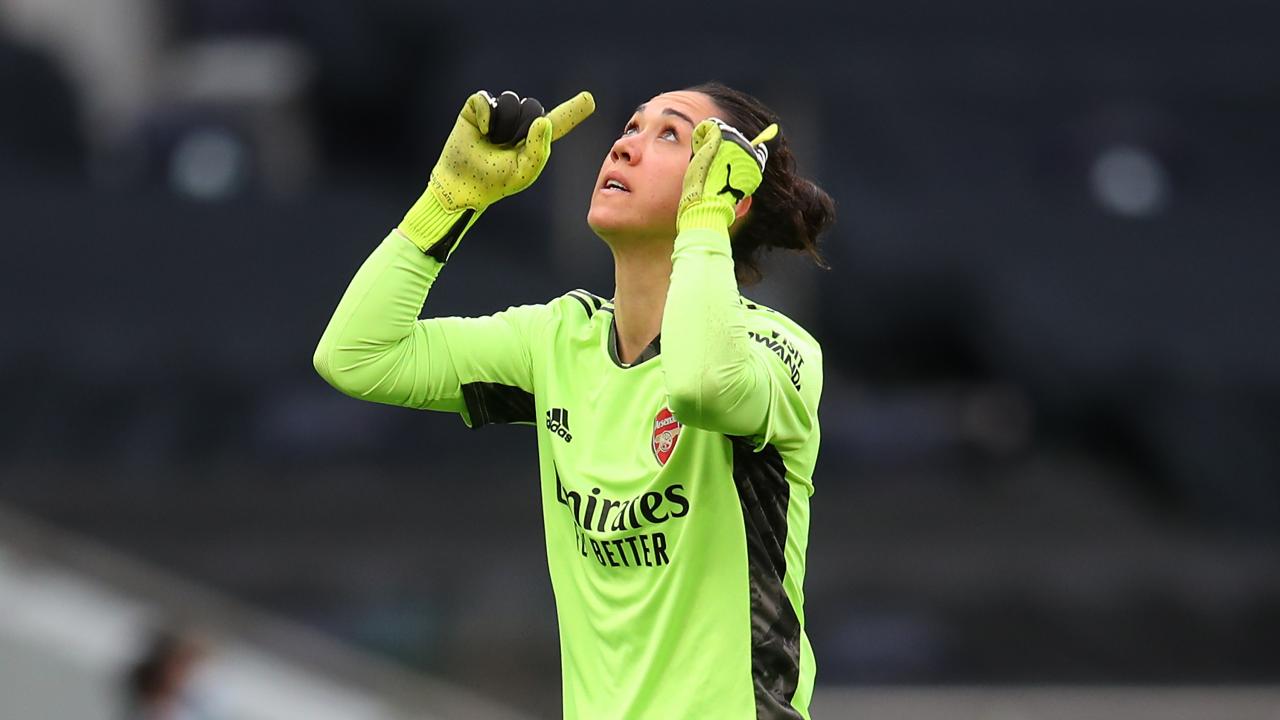 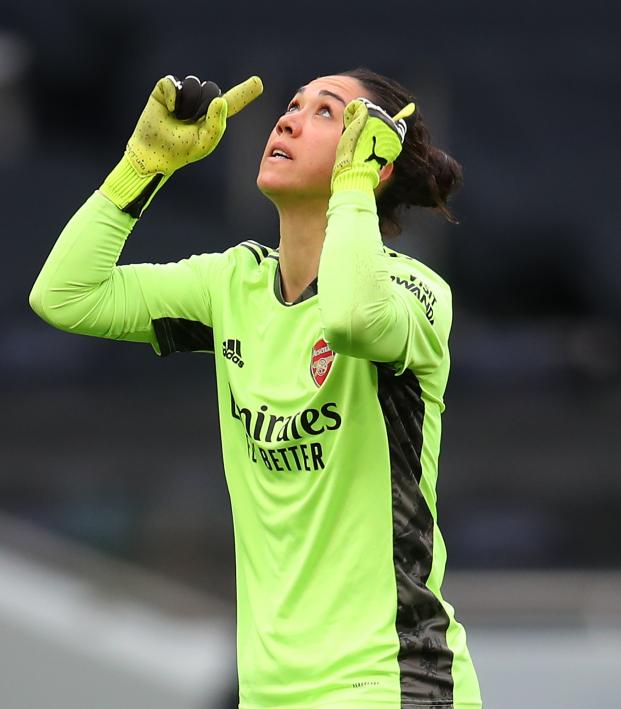 Travis Yoesting March 27, 2021
The Gunners cruised to a 3-0 win over their rival, but needed a massive triple save to maintain the shutout.

Arsenal, for all its history, had never before won four straight in league play without conceding a goal. With 15 league titles, 14 FA Women’s Cups and a Champions League, but never four consecutive shutout wins in the FA WSL. Manuela Zinsberger made sure it finally happened.

Zinsberger pulled off a truly mindboggling triple save to preserve the clean sheet as Arsenal topped its North London Derby rival Tottenham 3-0 on Saturday at Tottenham Hotspur Stadium. The Austrian keeper made the play of the day late in the second half with the Gunners already leading 3-0, meaning only pride was at stake.

Caitlin Foord, Vivianne Miedema and Katie McCabe all scored for Arsenal. The Gunners pulled within three points of third-place Manchester United, which earlier in the day won its first-ever game at Old Trafford thanks to a goal from Christen Press. If Arsenal wins out, it would overtake United for the final Champions League spot.

While the goals were nice, the Zinsberger triple save was even better.

In the 77th minute, Spurs regained possession deep in Arsenal’s half, putting Zinsberger in an uncomfortable position. She first made a kick save from point-blank range, then dove to her left to deny a shot from 15 yards and finally sprawled out to make a third save in as many seconds before holding onto the ball and breathing a sigh of relief.

That was the stuff dreams are made of. Actually, scratch that, I don’t think even the best goalkeepers are capable of dreaming of such incredible saves. Even more impressive, Zinsberger didn’t really have much to do all day, but she was ready when she was finally called upon.

Of course, Arsenal had more than enough offense to win, even if Zinsberger hadn’t maintained the clean sheet, and credit Tottenham keeper Rebecca Spencer for keeping the score as close as it was.

Foord opened the scoring in the 26th minute after a one-two with Noëlle Maritz.

Nine minutes later Miedema made it 2-0 with her 15th goal of the season, a superb volley off a corner kick.

She makes it look easy @VivianneMiedema with the second for Arsenal in this NLD! #BarclaysFAWSL #WatchWithAta pic.twitter.com/sSDHblbNno

McCabe finished off the scoring on the hour mark when she capitalized on some ill-advised passing from Spurs.

As good as the goals were, the Zinsberger triple save topped them all. Arsenal returns to action on April 4 against Bristol City while Spurs take on second-place Manchester City on the same day.