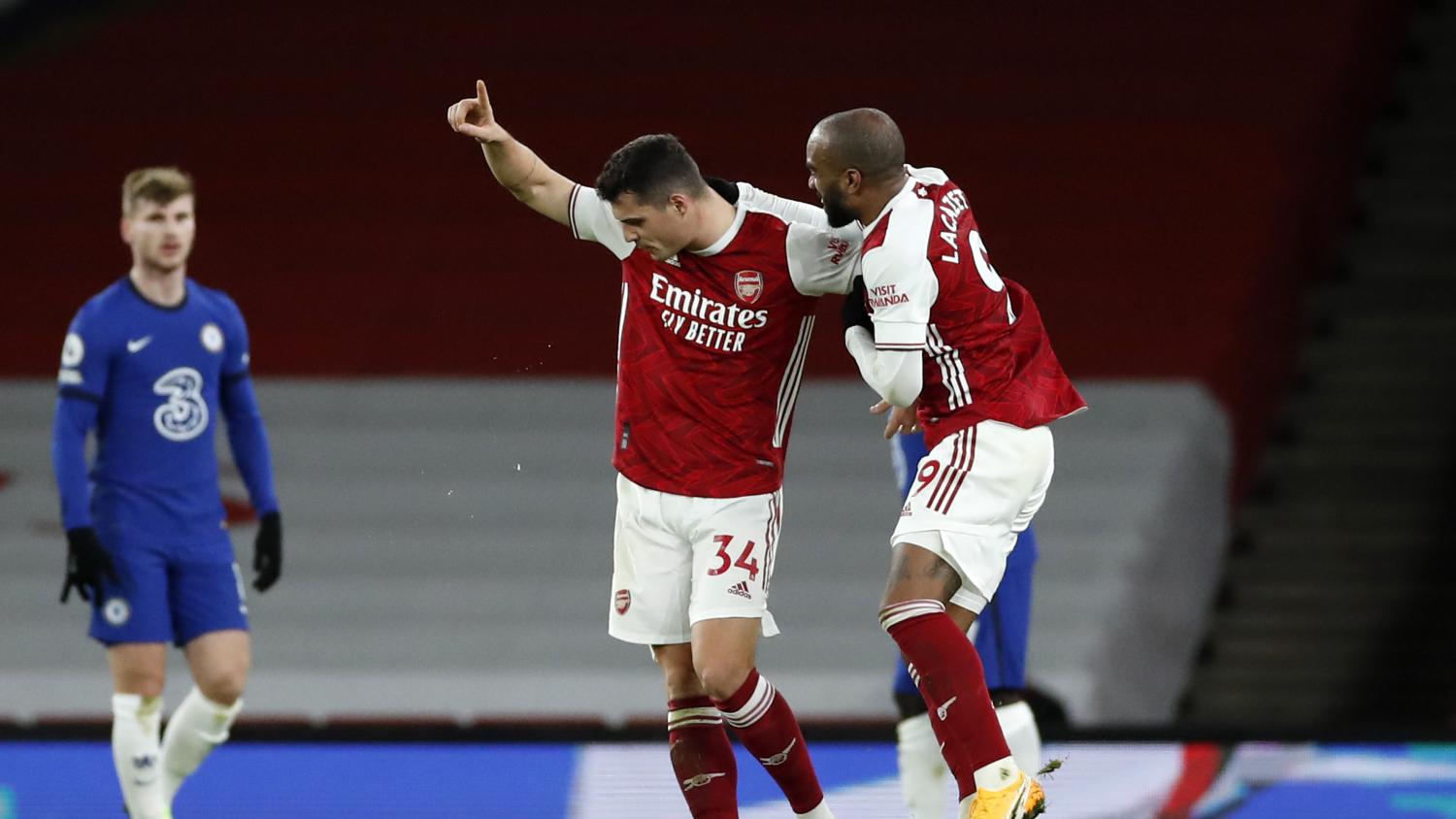 The Gunners might be heating up after smashing London rival Chelsea.
Getty Images

For Arsenal fans, it feels like the last time the Gunners won in the Premier League was a couple million years ago. In reality, it was nearly two months ago that Arsenal edged Manchester United. Since then, Mikel Arteta has watched his side lose five and draw two in league play.

So it’s safe to say not even the most ardent of Arsenal fans expected what happened on Boxing Day.

Granit Xhaka’s stunning free kick helped pave the way for Arsenal’s impressive 3-1 win over London rival Chelsea on Saturday at Emirates Stadium, ending a seven-match winless streak in remarkable fashion. The Gunners came into the match with the league’s fourth-worst offense but managed to put three past a Chelsea defense that came in as the league’s third best.

Could this be the spark Arsenal needs to turn around its season?

The Gunners entered Saturday’s match in 15th place, a mere three points out of the relegation zone. They started the game well but the Blues seemed to regain the upper hand as the first half went on. Then a penalty call helped change the course of events.

After just over half an hour, Kieran Tierney turned Reece James inside out to get in front of him in the box. The Scottish fullback then went down to a questionable amount of contact. The referee and VAR agreed it was enough to warrant a penalty kick and Alexandre Lacazette slotted it home for a rare Arsenal lead.

Arsenal made it 2-0 just before halftime when Xhaka smashed the goal of the day in the Prem, a stunning laser-guided missile of a free kick.

Frank Lampard’s halftime substitutions looked likely to pull Chelsea back into the match until Arsenal hit on the counter in the 56th minute.

Bukayo Saka found the upper 90 with a perfectly placed ball that he probably miss-hit. Based on the young Englishman’s reaction, Saka appeared to be attempting a cross but instead hit a perfect chip over Édouard Mendy.

At 3-0, the match was seemingly over, but no lead is safe with this Arsenal team. Mendy kept Chelsea close with a great save on Lacazette and watched in relief as Mohamed Elneny smashed a shot off the crossbar.

Tammy Abraham then pulled Chelsea one back in the 85th minute after VAR overturned an offside call.

Mason Mount then won Chelsea a penalty kick and it looked like things might get nervy late for the Gunners. Instead, Bernd Leno came up with his first save of the game to deny Jorginho from the spot in the 91st minute.

Eventually, the final whistle blew and Arsenal celebrated Boxing Day with a rare victory, just the fifth of the Premier League season.

The Gunners have a long, long way to go to get back into competition for European positions — just surviving might be the best they can hope for this season — but a big win over a true title contender has to help boost morale at a club that sorely lacks confidence right now.

Chelsea, meanwhile, missed a chance to go into second place with a win Saturday. Christian Pulisic played the full 90 but struggled to make much of an impact outside of a hockey assist on the lone Chelsea goal. In the end, Leno needed to make just two saves as the Blues hit 16 shots off target.

For better or worse, Lampard will have to regroup his side for another match on Monday against surging Aston Villa.