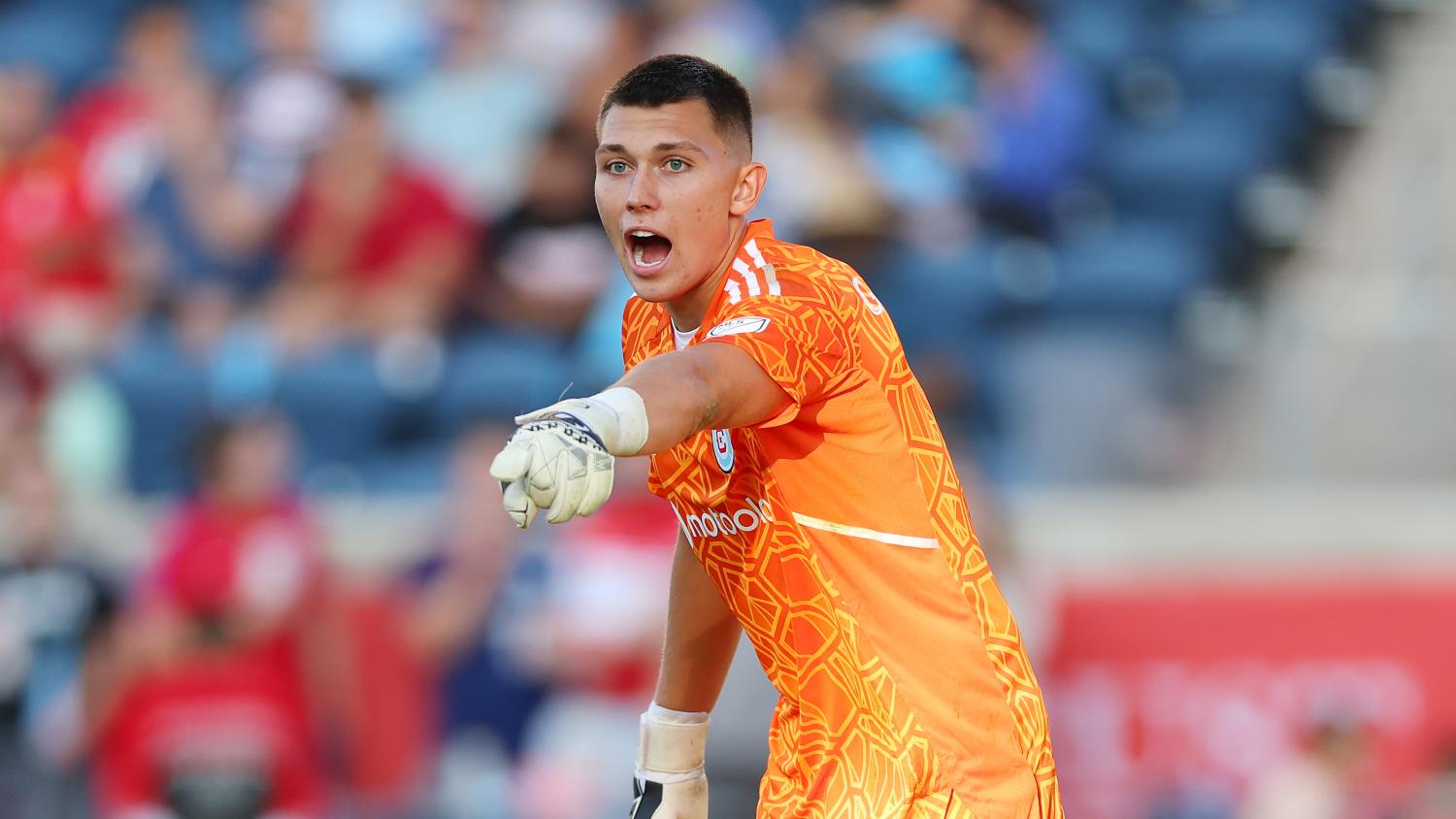 The last teenage keeper purchased by Chelsea was a certain Thibaut Courtois — can Slonina follow in the Belgian's footsteps?
Getty Images

America's most promising goalkeeping prospect is officially heading abroad, as Gabriel Slonina is set to begin a 13-day training spell with Chelsea.

The youngest signing in Chicago Fire history and the youngest starting keeper in MLS history, Slonina became Chicago's most expensive player ever on Aug. 2 when he joined Chelsea for a $15 million fee. The keeper was then loaned back to the Fire for the remainder of the MLS season.

During these final six weeks of the campaign, the teenager was nothing short of spectacular. He had a career-high nine saves while keeping a shutout against Columbus, and a week earlier, Slonina had arguably one of the saves of the season late on in a scoreless draw against New England.

His 12 clean sheets ranked third in the league — an impressive total for a keeper who turned 18 during the season.

With Chicago officially eliminated from playoff contention with two matches to go, Slonina was shut down as he prepared to train with Chelsea for the first time. Per Fabrizio Romano, the young American leaves for England on Oct. 12. He will spend two weeks training with his parent club before returning stateside to partake in the USMNT's pre-World Cup training camp for domestic players.

New face @ Cobham. Gabriel Slonina will fly to London on Wednesday and join Chelsea for the following 13 days, as MLS regular season is over. #CFC

Right after, Slonina will come back to USA for USMNT camp as per @CJSmith91.

Chelsea paid $15m to sign him from Chicago Fire. pic.twitter.com/IpKcHWDrx3

The last teenage keeper purchased by Chelsea was a certain Thibaut Courtois, who joined from Genk in 2011. In many ways, Slonina resembles the Belgian in that they are both lanky netminders with cat-like reflexes. Now in London for the first time, the Chicago area native will look to carve his own niche in a long line of world-class Blues shot-stoppers.