#AllegriOut: Juventus Appears To Play With No Midfield Against Sampdoria 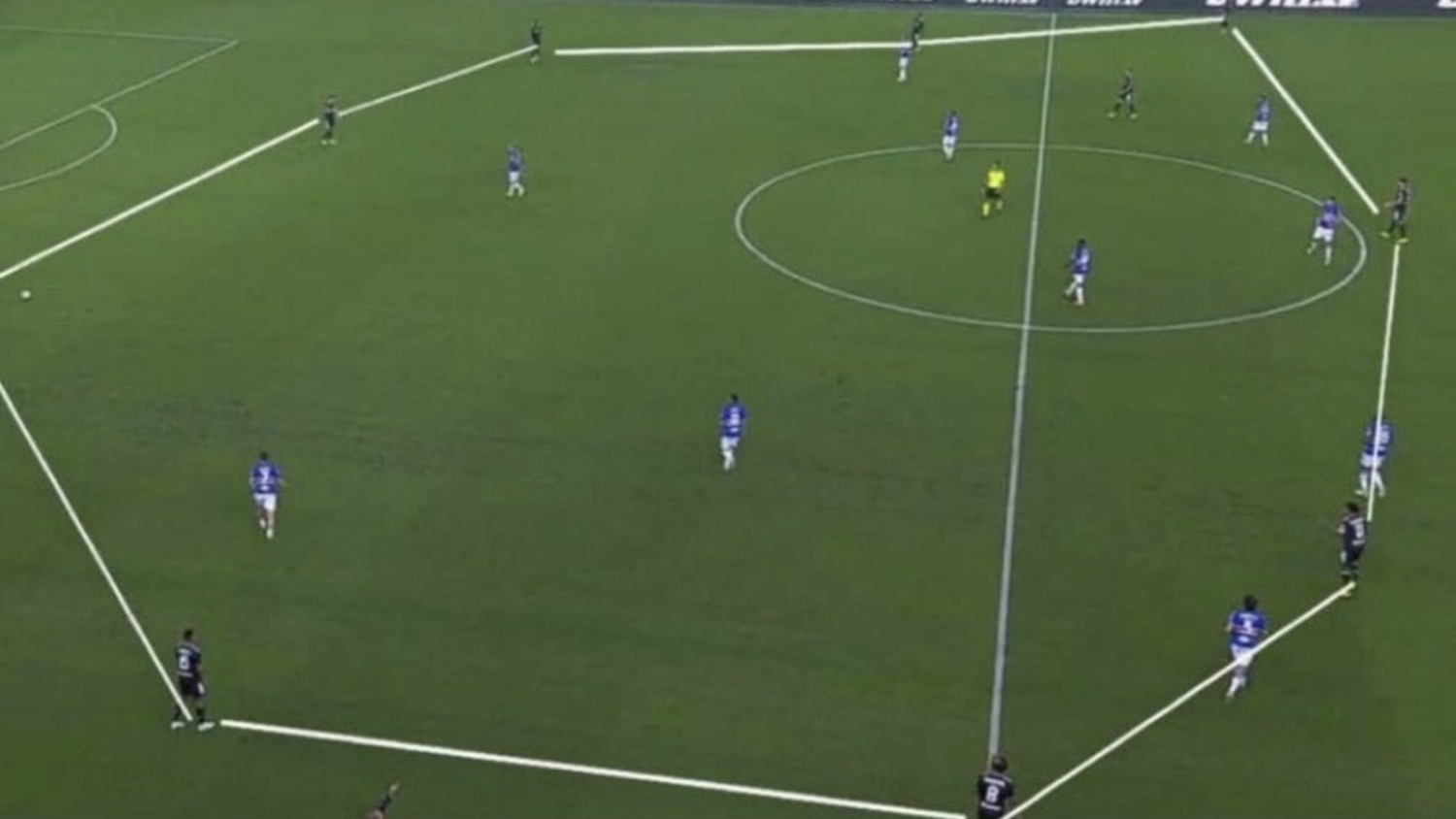 While the picture is a bit misleading, the criticism of manager Massimiliano Allegri may be deserved.
@Bonetti | Twitter

Juventus is the Manchester United of Italian soccer; rich in history but utterly clueless when success is not on its side. After a dominant 3-0 win over Sassuolo in Match Week 1, Juventus traveled to Sampdoria on Monday and slumped back to the dreadful, sleep-inducing tactical performance fans have come to expect from Massimiliano Allegri’s side. As a result, many have taken to Twitter using #AllegriOut to voice their frustration.

While new signing Filip Kostić made his debut following his recent $13 million transfer, the squad felt the absence of Ángel Di María, who picked up a small injury in his own Serie A debut against Sassuolo.

Both sides had attempts on goal, but goalkeepers Mattia Perin and Emil Audero showed their class as the match ended 0-0.

Pogba can't fix this midfield on his own when he returns from injury. #Juve pic.twitter.com/84lquEmO3T

During and after the match, eagle-eyed viewers and armchair tacticians alike noticed several instances where Juventus seemed to be playing without a midfield at all. While in the screenshots it definitely looks bad, just seconds later several Juventus players are sprinting into channels to create new passing lanes in other areas of the pitch, so it definitely is not as damning as the images would suggest.

I have a confession to make; once upon a time, I wanted Allegri to replace Wenger.

Please forgive me, for I knew not what I spoke of.pic.twitter.com/CrpoxpV7D4

Allegri ball at its best. And Juve is still discussing Depay or Milik instead of #AllegriOut pic.twitter.com/LJQj3UPJC0

With that being said, the video of the Juventus backline aimlessly swinging passes and looking for options going forward that simply did not exist is beyond painful to watch. The aforementioned midfield runs seem to constantly be late or too slow, and as a result, Juve had to resort to playing a style more akin to American high school soccer, by playing long balls over the top and hoping the forwards can retain possession in the attacking third.

Sampdoria prepared perfectly and was able to keep Juve from playing its game. However, it feels like Allegri is out of ideas tactically. After a year of failure in the league, cup and European competition, it would be reasonable to expect Allegri to change things up, but it seems as if he is holding firm and sticking to his ways.

Juventus are close to signing Milik from Marseille ⚪⚫

Juve are working to find an agreement with Milik's agent.

On top of it all, rumors are emerging that the club will be signing former Napoli striker Arkadiusz Milik to add to a tremendous attack that features, Dušan Vlahović, Kostić, Federico Chiesa, Kaio Jorge, Di María and Moise Kean. Poor management is taking its toll, and with a talented squad capable of great heights this season, it is becoming increasingly clear who is weighing Juventus down.