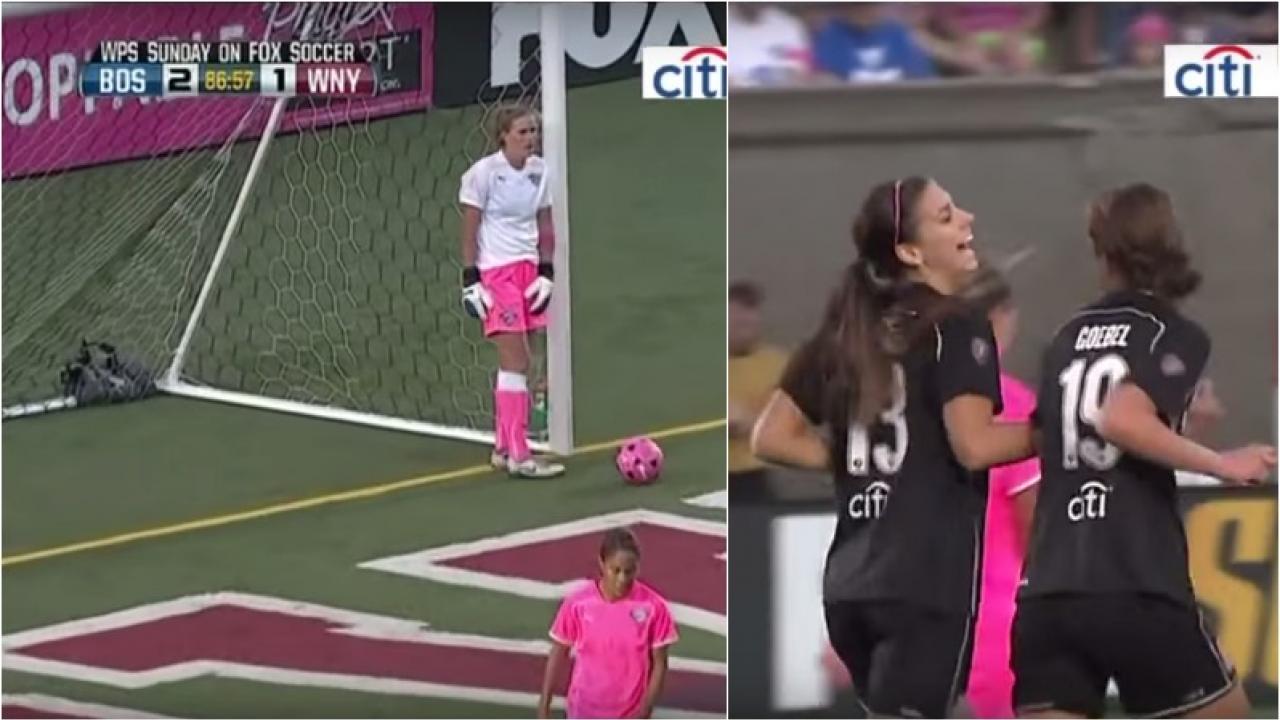 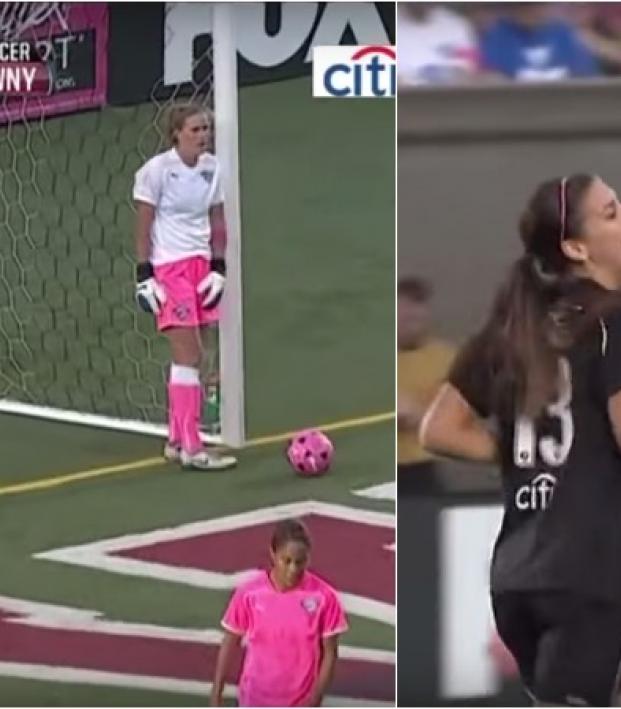 As if it weren’t impressive already, while everyone watching is all like...

...Alex Morgan is just smirkin’ like a fool at Alex Morgan's best goal.

As you can tell by the digital scoreboard in the upper left of the video, this goal was scored by Morgan back in the days of WPS, in 2011, one week after Morgan and the rest of the USWNT exited the 2011 World Cup in disappointment to Japan. It was a stunning goal — obviously — and it solidified Morgan as the superstar the nation believed she was after her standout performances in the World Cup that summer. As well it should.

This is one of the most unique goals I have ever seen. I challenge anyone to find a similar goal scored by anyone; I don’t care what’s in their pants. The closest I could find was this touch by Zlatan back in his Juventus days. You know when a goal is drawing comparisons to Zlatan it’s a good one, and the similar touch the two have in common is just a lead up touch in Zlatan’s goal. In Morgan's, it’s the killer.

If you still doubt how good women are at soccer, I’ve got some more sweet goals to change you mind with.

There’s Stephanie Roche’s candidate for the FIFA Puskas Goal of the Year. We had it ranked as the third best goal of the year, but when you talk about a three touch, juggling, defense destroying volley like Roche’s, you could convince us it was #1.

More recently, Toni Duggan blew our minds with this goal from a ridiculous angle outside of the box. If it’s not an example of world-class, we don’t know what is.