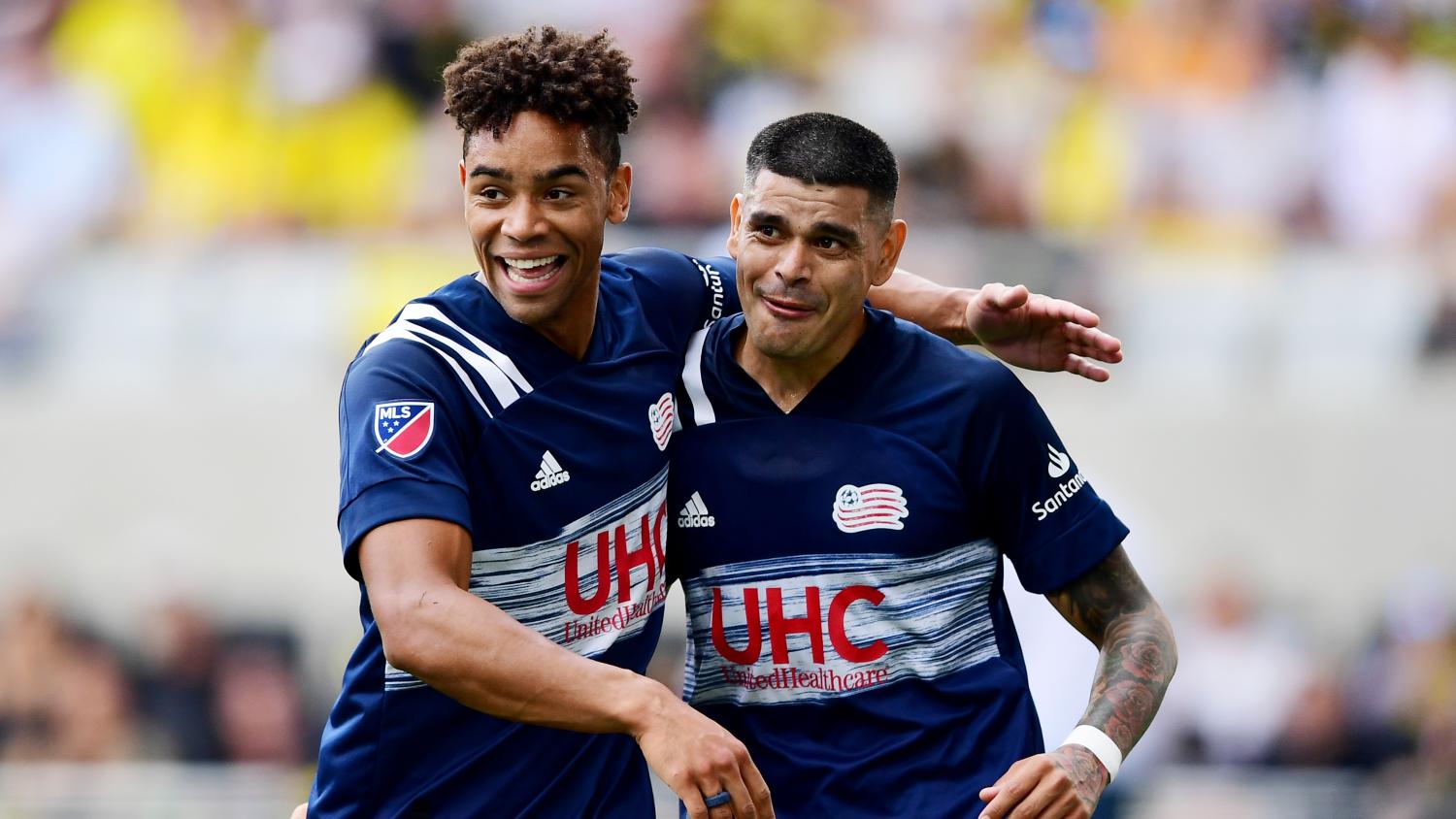 Is this the year the Revs finally lift the Cup?
Getty Images

Carles Gil scored in the first minute of second-half stoppage time to give the New England Revolution a hard-fought 3-2 road win over the Chicago Fire on Wednesday night, clinching an MLS playoff spot in the process.

Gil's third goal of the season, assisted by Tajon Buchanan, went past Fire goalkeeper Gabriel Slonina and also gave the Revolution a franchise-record 18th win of the year.

First-place New England (18-4-5, 59 points) snapped Chicago's home success. The Fire (6-15-5, 23 points) came into Wednesday's match unbeaten in its past three home matches, having acquired all but four of their points this season at Soldier Field. Overall, Chicago has now lost six of its past seven games.

The Revolution struck first when Henry Kessler sneaked a shot past Slonina in the 11th minute. The goal, assisted by Jonathan Bell, was the first of the season for Kessler.

Chicago was finally able to get its offense going near the end of the first half, applying pressure on New England goaltender Matt Turner. The Fire — who had gone three straight matches without a goal — finally snapped the skid when defender Carlos Terán found the net for the first time in his MLS career in the 40th minute to tie the game 1-1.

Terán almost scored a second goal moments later but was denied by Turner, who finished the night with seven saves.

Chinonso Offor had an opportunity to put the Fire ahead in the 59th minute, but his header sailed over the net. The Revolution would not miss on their next opportunity when Teal Bunbury scored with an assist from Gustavo Bou in the 62nd minute for a 2-1 lead.

The advantage lasted less than a minute as Gastón Giménez, who assisted on Terán's goal, took a pass from Offor to tie the score at 2-2 on his second goal of the season.

Turner made a pair of saves in the 77th minute to deny Chicago. He was also assisted by Kessler, who stopped a shot when Turner was away from his line.