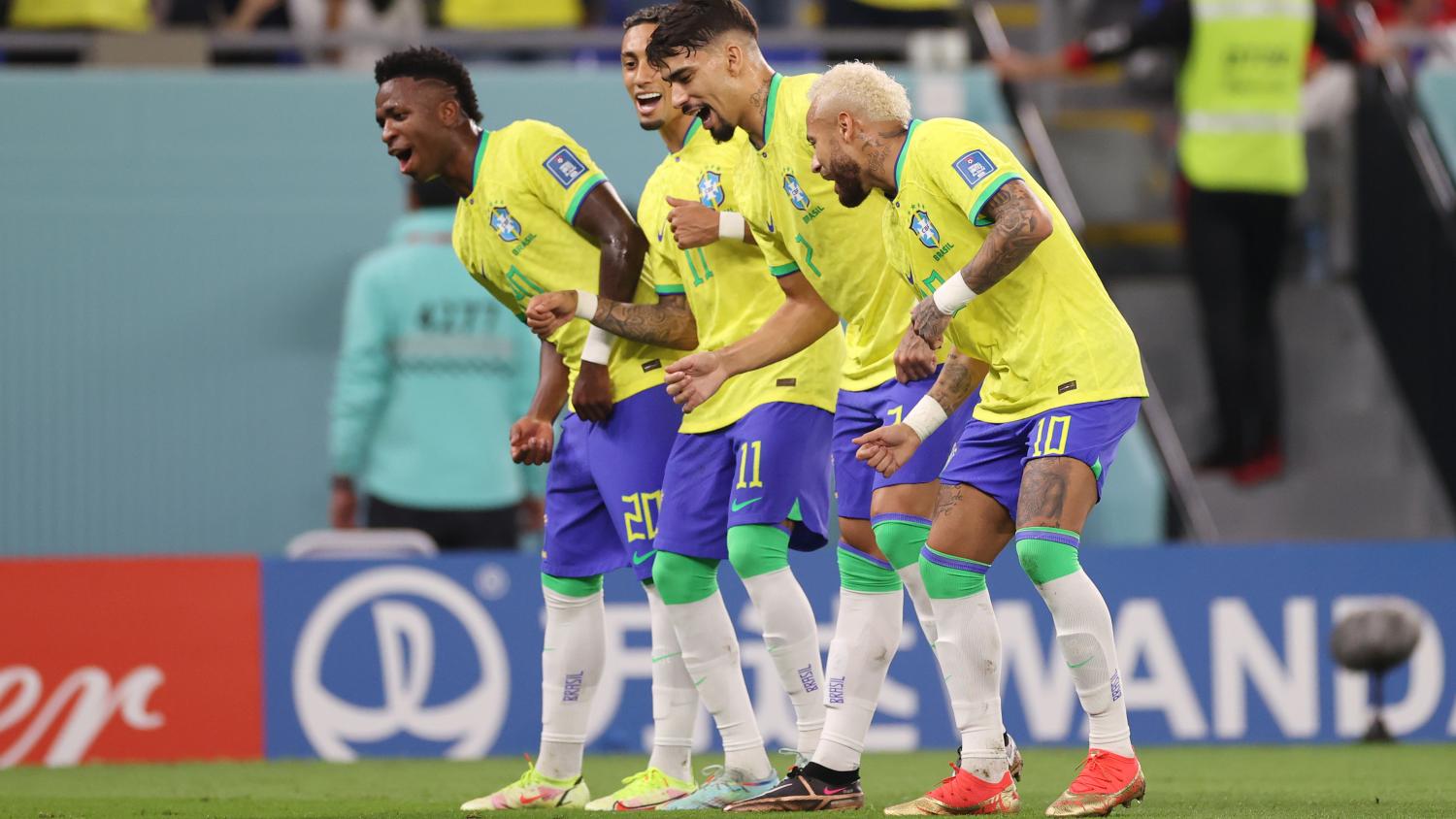 After two days of really not knowing what to do with ourselves, the World Cup finally returns Friday with the start of the quarterfinals. At this point, the bracket doesn't lie — the eight remaining teams all fully deserve their places, and we've got a nice variety with five European nations, two South American and one African.

Action begins Friday at 10 a.m. ET with Croatia vs. Brazil and continues at 2 p.m. ET with Netherlands vs. Argentina. Saturday features Morocco vs. Portugal at 10 a.m. and England vs. France at 2 p.m.

Who are the favorites now? Here's a quick rundown in the form of Power Rankings.

Morocco is clearly the biggest underdog remaining having reached the quarters for the first time ever. It's also hard to fight the feeling that the Round of 16 was Morocco's final: 120 minutes of backs against the wall effort, resulting in every player being entirely shattered at the finish and a historic upset of European neighbors Spain.

Usually that sort of performance is followed by a letdown when you're the world's 22nd ranked team and not loaded with depth. The advanced stats don't look great either. Morocco failed to score against Croatia and Spain, and the team's xG per 90 minutes is only better than the eliminated nations of Qatar, Costa Rica and Australia.

You'd think the Atlas Lions would certainly need a goal or two to compete against Portugal after they dropped six on Switzerland, but maybe Bono, Romain Saïss and Sofyan Amrabat can produce another defensive masterclass while Hakim Ziyech and Achraf Hakimi make inroads on the Portuguese defense.

It's another faultless World Cup from Croatia's squad, but the penalty shootout victory over Japan last round stretched Luka Modrić and company to the limit. You'd give them a fighting chance against most other quarterfinalists, but they're going up against a frightening Brazil team that seems built for the knockout rounds.

But if Croatia takes out the Seleção, then we might as well give Modrić his second Ballon d'Or immediately.

The Dutch navigated the tournament's softest group with relative ease and then sliced apart the United States on the counter to win 3-1 in the last-16. The hype is slowly growing around Louis van Gaal's harmonious team, and there's every reason to believe their tactics will frustrate Argentina in a slow burn for the ages.

They're the heavy favorites against Morocco after that barnstorming win over the Swiss, and it's really easy to get excited about Gonçalo Ramos, João Félix and Rafael Leão being supplied by Bernardo Silva and Bruno Fernandes. Suddenly they're the people's champion.

But does Portugal really have it figured out to the point of beating England/France in the semifinals? If it's England, I would place money on Ronaldo scoring a game-winner. If it's France, I'd only bet on Les Bleus.

The wins over Iran, Wales and Senegal have all been impressive. This is a top five team in the world, but their path to the final four is blocked by France. The matchup of Kylian Mbappé against Kyle Walker is going to be fascinating, and England's attack is much, much stronger than anything France has faced in Qatar. This has all the signs of a classic.

It's time to go to war. Every Argentina match is a nerve-shredding affair with the balance between defense, midfield and attack seemingly always on a knife edge, but there's no denying that the shock opening defeat to Saudi Arabia has galvanized the squad in a good way.

But La Albiceleste can't be looking forward to a possible semifinal against Brazil or Holland will bounce them now. It's going to be insanely fine margins for the team from here on out, but Argentina can rely on Messi to provide the difference.

France is back to its 2018 ways with Olivier Giroud beautifully leading the line, Kylian Mbappé playing an entirely different game than anyone else, Ousmane Dembélé taking the Antoine Griezmann danger role and Griezmann taking on the thankless but necessary job that Blaise Matuidi assumed four years ago.

But do I think that Aurélien Tchouaméni and Adrien Rabiot are as good as Paul Pogba and N'Golo Kanté? It's something of a worrying midfield battle for France against Jude Bellingham/Declan Rice/Jordan Henderson.

The incredible goals have written Brazil's narrative so far, and while Richarlison, Neymar and Vini Jr are at their best, it's going to be really difficult for Croatia to find a way past Alisson, Marquinhos, Thiago Silva and Casemiro.

It's a fully focused, nicely balanced and outrageously talented Brazil team that's hellbent on capturing a first title in 20 years.