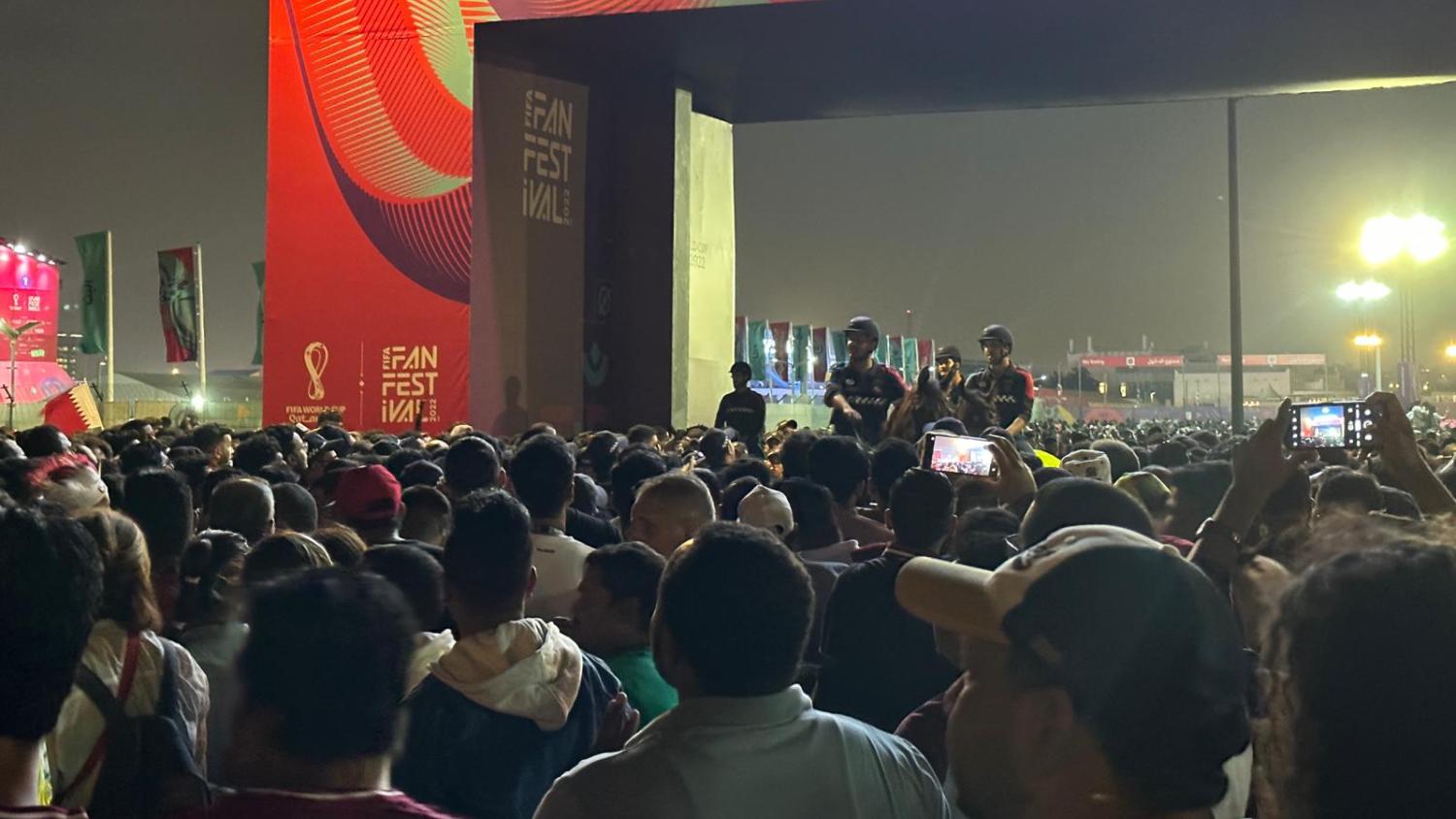 The Al Bidda Park experience was not a pleasant one.
Paul Lieser

The buzz of excitement in the streets of Doha was palpable. The tournament was to kick off between Ecuador and host nation Qatar at 7 p.m. local time. Supporters and travelers who don’t have tickets to the World Cup matches are invited to witness the games throughout the tournament in an epic atmosphere at the Al Bidda Park FIFA Fan Festival.

Traditionally Fan Fests are staged around the host country in large outdoor plazas or areas of the street, sealed off with a perimeter of fencing. Supporters must check in to enter, and once inside there’s a massive watch party for the live games on a concert-sized screen. Food and beverage vendors surround the open square along with sponsor booths like Hyundai, adidas and Coca-Cola. This World Cup is not one about tradition, and Qatar having only one Fan Fest proved a flawed difference. 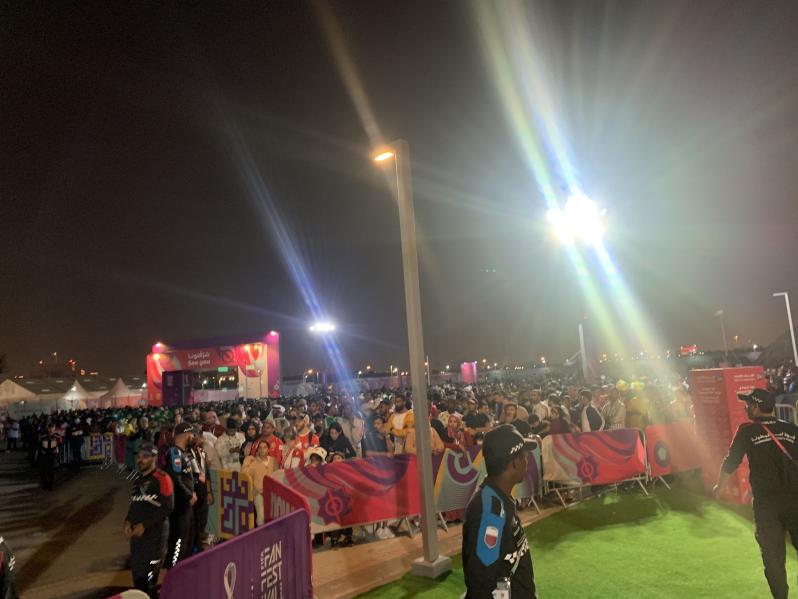 Al Bidda Park prepared for around 40,000 visitors, but walking through the park pathways, it felt as if 100,000 or more showed up. As my group traveled through the park, the amount of people walking with us increased the closer we got until we were part of a massive moving crowd. We could soon hear the opening ceremony music playing on the loudspeakers. Once we arrived at the perimeter two hours before kickoff, we noticed fans walking back in the other direction. We soon understood why.

At the first entry checkpoint, the excitement of watching soccer turned into panic on how to do so. Crowds of supporters shoved each other to find any opening. Dozens of security guards sprinted in tandem to link arms, forming a human chain to prevent more people from entering. We were able to get around the security just before their human barricade closed off the access point. Now onto a green turf, we only had to walk a little closer before being halted at the next blockade of staff behind portable event fencing. 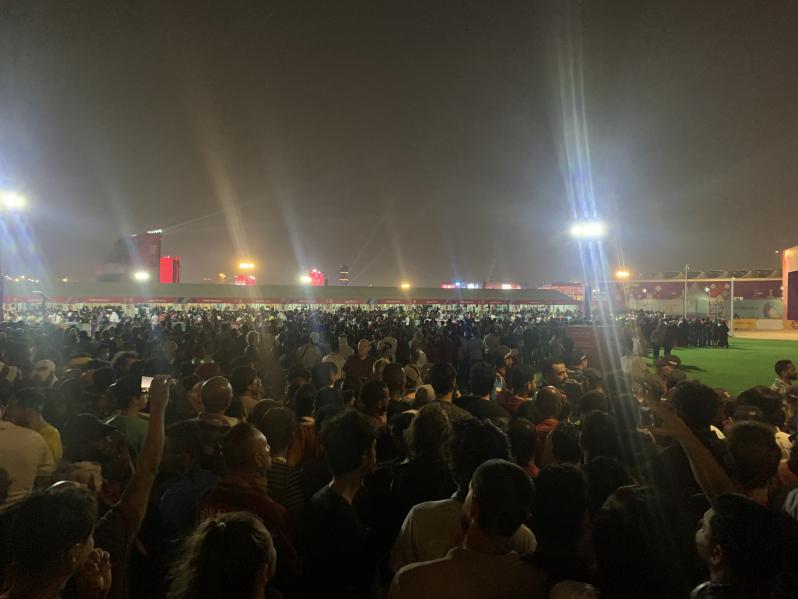 The officers guarded the long line for final entry into the zone. They would let in handfuls of fans sporadically which would be followed by crowds plunging their way towards that spot, only to get stuffed back up. There was no method and the security seemed as confused as the supporters. Pushed around people were leaving behind waste and even a lone baby stroller. The scene was a pick-pocketer’s dream and a danger to young kids.

With 15 minutes before kickoff, my group decided to go elsewhere for the opening match. Right as we made this decision, the security yelled “No more, all closed” to the crowd. Even the hundreds who made it past all the security and were in line for final entry were told they couldn’t go in. Our crowd was directed away from the venue towards the nearest metro station. 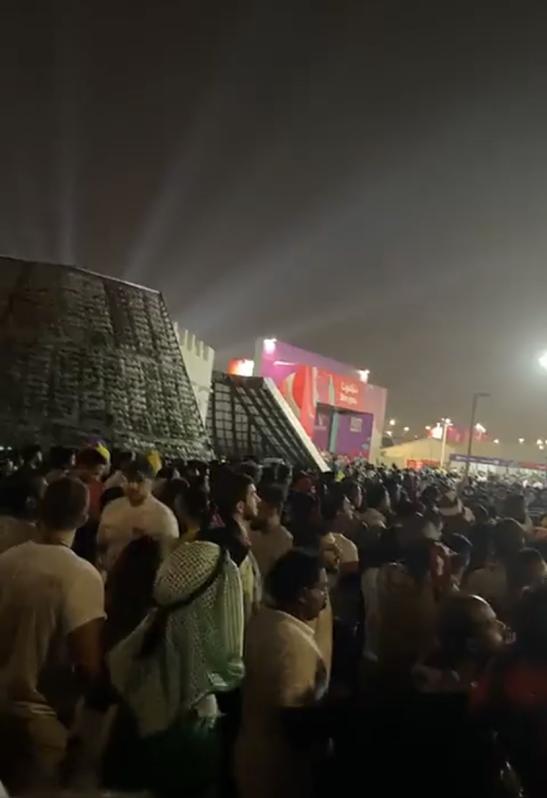 I spoke to an Argentine fan who arrived at the gates three hours prior to the match and he was also denied entry. Police on horseback were the final measure taken to clear out the droves of soccer fans. The only hope for FIFA’s Al Bidda Park Fan Festival is that the remainder of the Cup won’t have as much hype as the first match. This won’t be the case.