Ted Lasso puts up billboards to support the USMNT 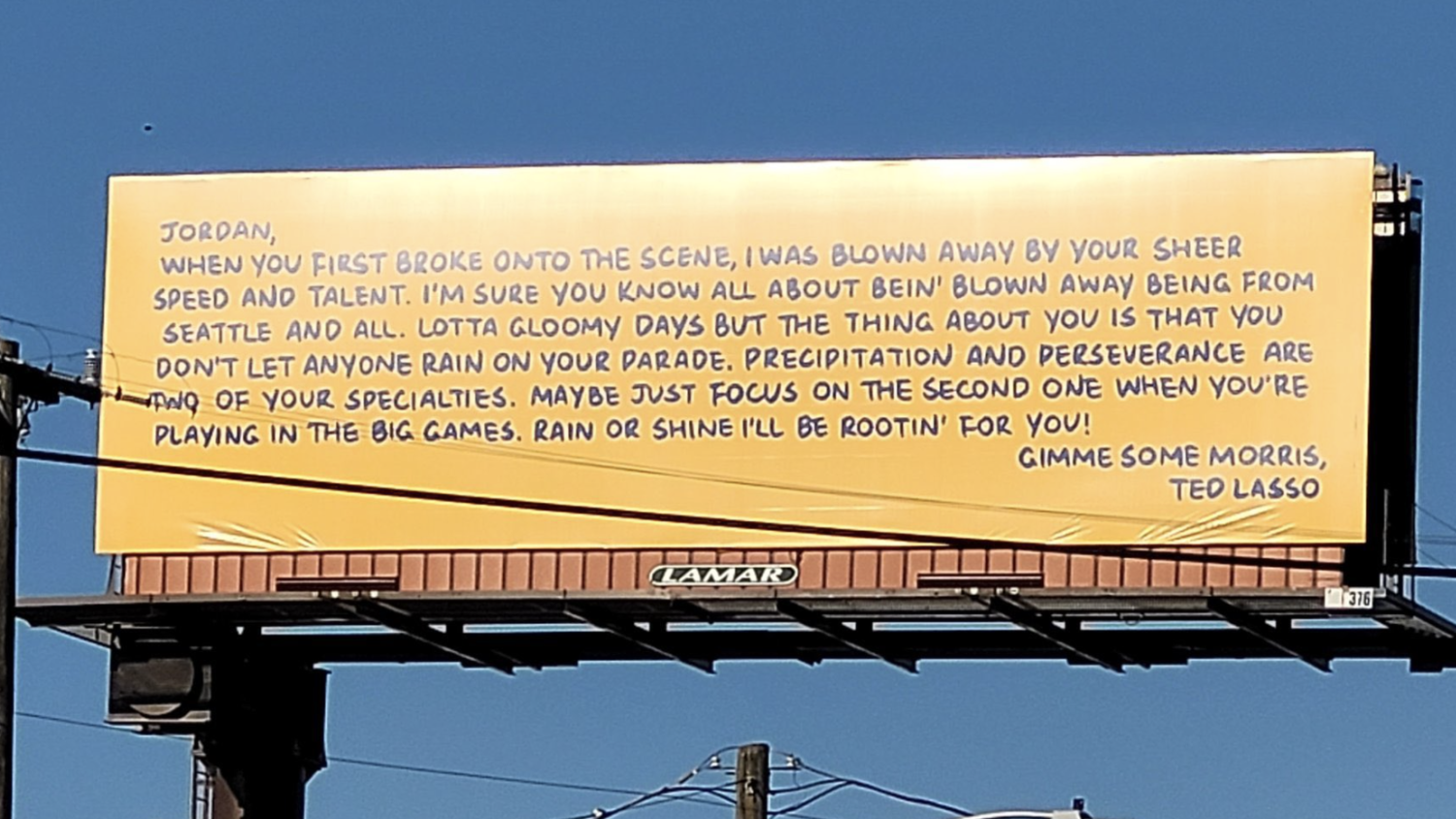 With the World Cup just a week away, it's time to BELIEVE.
Twitter

America’s favorite fictional soccer coach is back at it again. Ever the motivator, we definitely should have seen this coming. Following the USMNT’s roster release, people have spotted billboards with heartwarming messages popping up across the country, and AFC Richmond’s mustachioed manager is the one behind it.

In the hometowns of players and coaches, on a classic yellow background akin to his famous “BELIEVE” sign, Ted Lasso has made his feelings known through the generous and kind words for which he has become so beloved.

While only a few have been found, the messages are all classic Ted. His personal messages filled with jokes and puns are as thought-provoking as they are witty. Each billboard can be found in the addressed individual’s hometown, from Seattle to San Diego to New Jersey.

So there must be 21 more of these @TedLasso billboards for the @USMNT at the @FIFAWorldCup ?

What GENIUS marketing, putting up a variety of billboards and signs to congratulate players who made the USMNT’s World Cup roster. It’s really hard to take something that’s already beloved and make it even more so, and the folks behind Ted Lasso clearly know how to do it. https://t.co/btlzv04qx2

Hanging on the side of El Rancho High School, Cristian’s alma mater. pic.twitter.com/JH6DjCnCqi

With the United States just days away from opening its World Cup campaign against Wales, a little extra motivation could go a long way. The key hope is that they're all found. So to anyone who lives in a city in which a player grew up, go out and start looking.

Check Hershey, Pennsylvania, and Fort Lewis, Washington. Look around O’Fallon, Missouri, and Highlands Ranch, Colorado. Heck, they might even be in Almere, Netherlands, and Milton Keynes, England. The messages seem to be out there, waiting to be found. It’s just a matter of when.