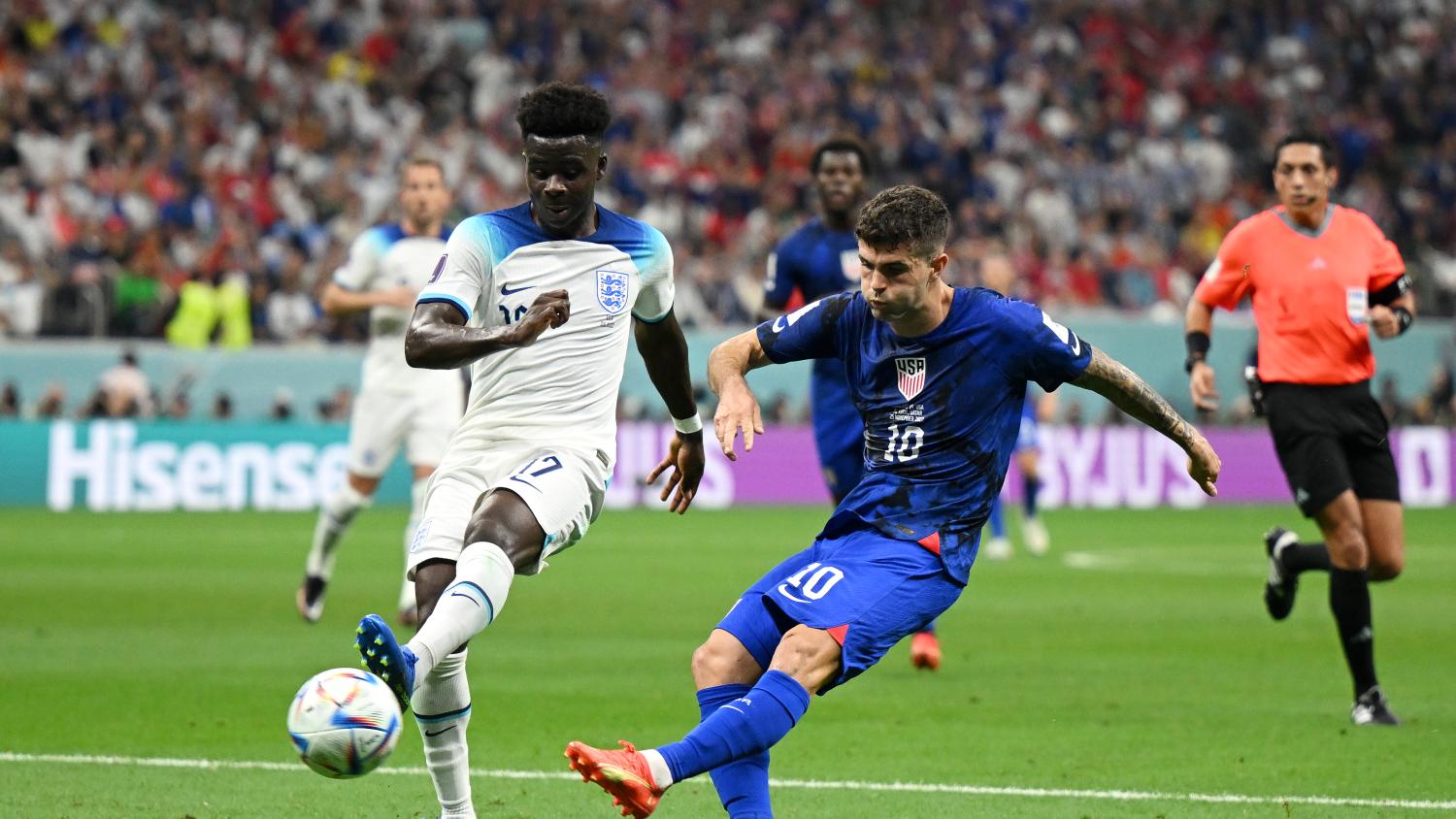 There was nothing to separate the two sides, but the media reactions were vastly different.
Getty Images

In the aftermath of the fifth 0-0 draw at this year’s World Cup, the reception has been mixed. The abnormality in this instance is that your location in relation to the Atlantic Ocean seems to determine your opinions regarding the result and the match as a whole.

The English media adopted a bleak, bland and boring adaptation of Friday’s Group B fixture, while Americans generally walked away thoroughly entertained and optimistic. So why? How is it possible that two teams scored the same amount of goals, both had good attacking chances, and yet have vastly different interpretations of the match?

Does USA vs. England count as a rivalry? pic.twitter.com/2Hoc6PtVCx

It’s a rivalry that first was first properly allowed to breathe in 2010 when the two sides faced off in South Africa. It’s no coincidence that that game evoked similar reactions from the English media. It was a fluke, a goalkeeping error. The United States was lucky to get a draw against an England side full of world-beaters such as Aaron Lennon, Glen Johnson and James Milner. The draw on Friday flipped that narrative on its head and yet, yielded the same results.

Catch all the action in our 90' in 90" highlights ⬇️ pic.twitter.com/FhM41iRXdc

England was surprisingly poor in the match. The American midfield was dominant with Yunus Musah, Weston McKennie and Tyler Adams dictating the tempo of the match. Adams in particular, was spectacular, rarely putting a foot wrong, and covering defensively to allow his teammates more freedom going forward.

Gregg Berhalter’s side found gaps in defense, allowing McKennie, Christian Pulisic and Haji Wright to get dangerous shots off earning an xG (expected goals) of 0.93, almost double that of their English opponents (0.48). The closest either side came to a goal was Pulisic’s thunderstrike that cannoned off the bar. The tides had turned, it was now the English who were lucky to get a point.

So back to the question at hand: Why is there such a massive discrepancy between the reaction from the American and English media?

Expectations play a key role, as fans on either side of the pond went into the match with wildly different predictions. England rolled over Iran in its previous match, scoring freely and enjoying open attacking play that was rewarded with six goals from five different scorers.

A squad that has been tipped for World Cup Glory in Qatar invited English fans to relax and enjoy the opening matches before Gareth Southgate’s squad was truly challenged in the knockout round.

A group including Iran, Wales and the USA should never have challenged the mighty Three Lions. The most expensive squad at the tournament, valued at roughly €1.26 billion, should have been able to roll through these mere speedbumps en route to the real competition. England seems destined to face the bluebloods of Brazil, Spain, Germany and France, but instead were held scoreless by a country that doesn’t even call it “football” because for some reason, that matters when it comes to being good at it.

Ain’t no way we losing to a country that calls Soccer “Football” https://t.co/jIbSZGQCpl

The Americans by contrast are used to being the underdog. That feeling of needing to punch up can only be understood by those who are constantly being put down.

The United States has been playing catch-up on the global soccer stage, until recently. Americans are infiltrating the European ranks at a rate traditionally reserved for Brazilians and Argentines. The largest clubs in the world are bending over backward to get their hands on young players from the United States, and have been largely rewarded for their faith.

Pulisic, McKennie, Adams, Matt Turner, Brenden Aaronson, and the list goes on. The narrative has shifted from being “great for an American” to simply being “great.”

The draw against England opened the eyes of American soccer fans, both casual and active, to the fact that this team can seriously compete at the highest level. A system that is able to frustrate and hold a very solid England team earned the Americans a scoreless draw that felt like a win stateside. It’s validation. It’s putting the work in and being rewarded for your efforts. It’s the feeling of being a younger sibling who finally realized that they’re the same height as their older brother.

The scary part that the English seem to be ignoring is that this is just the beginning. The United States has the third youngest squad at the 2022 World Cup and is hosting the tournament in four years. Need we remember the failure to qualify in 2018? The growth of the USMNT has been tremendous, and with new stars popping up every day, the underdog narrative is starting to wear off. It’s only a matter of time before it’s gone completely.