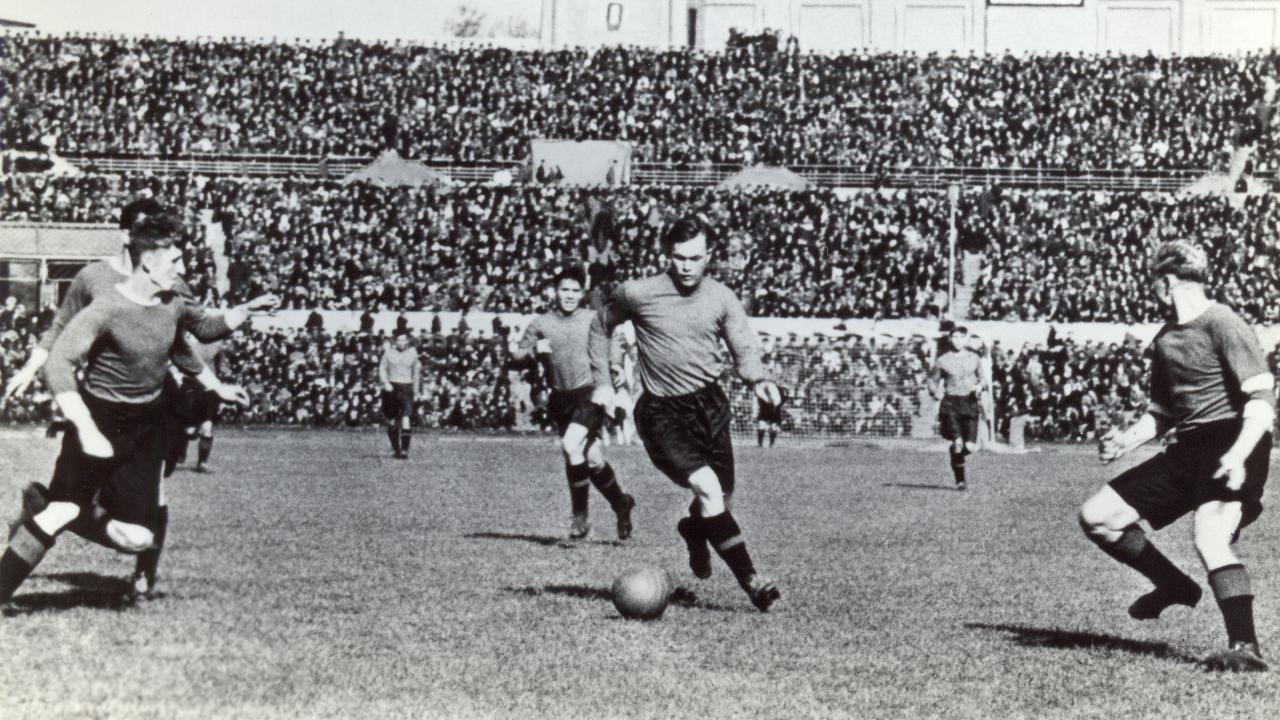 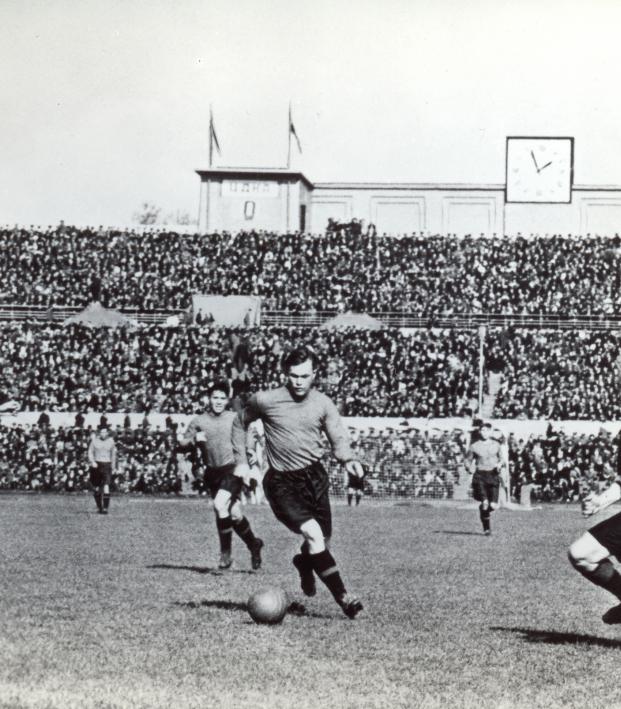 Who Invented Soccer? We Explore The Roots Of The Beautiful Game 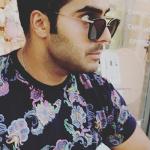 Who invented soccer or football or — the more diplomatic approach — association football (soccer for short)? It’s a history lesson that’s often summed up or bastardized with a simple answer: England invented it.

Sorry to break it to you folks, the "England created football" answer doesn’t quite cut it. Germany is also an inadequate answer. As we’ll see soon enough, the answer consists of multiple fragments all combined into a mosaic that is our beloved sport. Oh, England. As if the “Football's Coming Home” World Cup mania didn’t backfire too.

Association football differentiates one sport from several different kinds of sports which all revolve around a ball and playing while on one’s feet. Football or soccer is the main definition of association football while gridiron football is what we see in the NFL. Gaelic football or the very similar rugby football are the other two subdivisions. The main shared component is the collection of sports being played on foot rather than on a horse, hence football.

The complicated part of the answer is football’s place in our existence’s spectrum. The world’s unifying sport has several traces dating back to ancient times and several cultures. For instance, in Chinese and Japanese history, the respective games Cuju and Kemari both involved the kicking of a ball into a net for a scored point. This dates back to 600 A.D. for Japan and the 13th century for China, during the Yuan Dynasty.

Did you know people in the Tang Dynasty were huge fans of the #soccer ball? Cuju is an old Chinese sport very similar to modern soccer and also the earliest form of soccer according to #FIFA. Tang emperors started Cuju contest in Chang’an more than a thousand years ago! pic.twitter.com/ny7VUSLJwn

In Western civilization, both the Romans and the Greeks are reported to have played a version of modern day football. In Rome the game was Harpastum and in Greece Episkyros. FIFA cites Episkyros as an official predecessor of contemporary football.

Pahsaheman is said to have segregated teams with an all men vs. all women dynamic:

New Zealand’s Maori people also played a game called Ki-o-rahi, where teams of seven players played in a circular field and to earn a point, or score in our modern jargon, you had to touch the boundaries of the circle with the ball.

As for the simple definition, how the invention of soccer, or football, came to be in our modern times lies in the Laws of the Game (or LOTG). The laws go back to 1863, when the codification of the laws, the setting in stone of these definitions, were placed and recognized.

The LOTG are the only set of football codes that FIFA subscribes to, meaning this set of rules which define our understanding of the beautiful game and how to play it are the only FIFA-verified rules. This basically means FIFA has dictated internationally that football is this way and only this way.

However, the International Football Association Board allows England’s power over football, but luckily FIFA’s got our backs, kind of:

The General Assembly is the supreme authority of The IFAB:
decides on changes to the Laws of the Game
appoints members of the Football- and Technical Advisory Panel.
Read more about our work: https://t.co/Gq7JryCmGI@FIFAcom @England @OfficialIrishFA @ScottishFA @FAWales pic.twitter.com/jgeYQUQUlK

Law 1: The Field of Play

Law 6: The Other Match Officials

Law 7: The Duration of the Match

Law 8: The Start and Restart of Play

Law 9: Ball In and Out of Play

Law 10: Determining the Outcome of the Match

Those are the 17 catechisms of football, break them and you will find yourself in eternal fire when you die. Just kidding, you’ll probably get a job with FIFA. As for a new proposition, I think Law 18 should be "The Missed Kick," just so Messi and Ronaldo’s World Cup penalties don’t go to complete waste.

Actually there is a Law 18, but it’s not written. The law is football jargon for referees having some common sense. Funny, some referees don’t have much of that.

The original number of laws were thought to be 14, but FIFA states actually only 13 may be the truth. Their archives have it all, including world domination plans by Brazil’s dream team, but that all went downhill when Neymar was born.

#FIFAMuseum discover there were originally just 13 Laws of the Game, not 14. Find out more!https://t.co/FwoJclp5Zb pic.twitter.com/xWVOboMpCm

The rules, like any other set, have been amended numerously from the 1860s till now. How else do you think video assistant referees, VAR, plus a fourth substitution in extra time came into place this year? Or goal-line technology being permitted in 2012? Or Roman Abramovich banned from owning any club…never mind, scratch the last one, it didn’t go through.

When it comes to the age old question of who invented soccer, the answer is this: Humans did. Humans from all over the world invented soccer with each cultural participation completing the mosaic of football.

England took the mosaic, framed it and nailed it on the wall though.