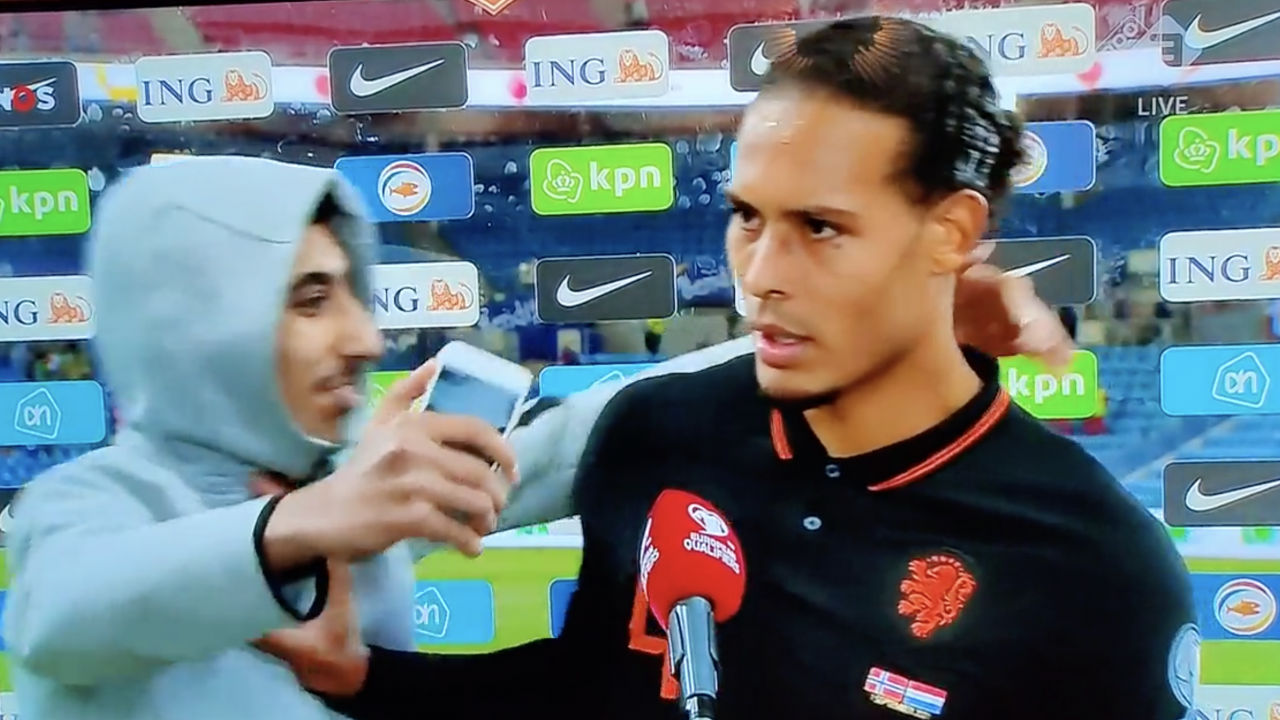 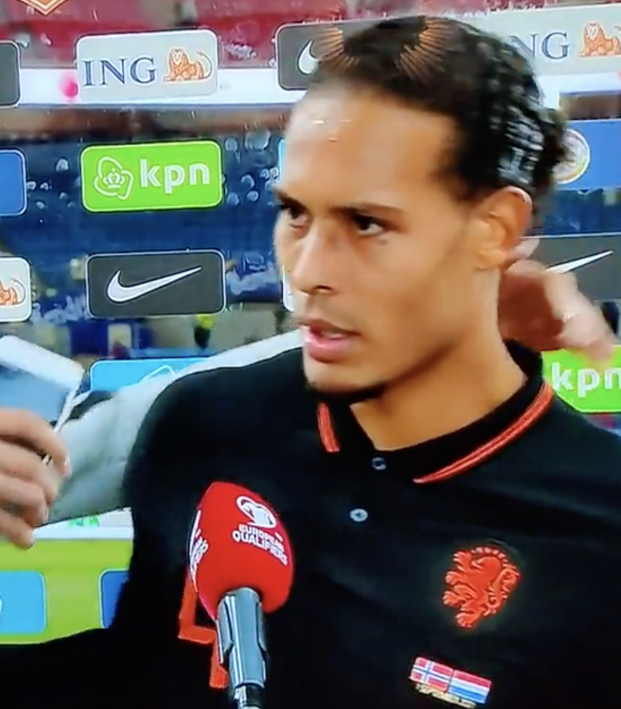 Pro Tip: Don’t Try To Run On The Field For A Picture With Van Dijk — You Will Get A Hefty Stiff Arm

Imagine after a bad day at the office you get questioned on what went wrong and then have some random person run up to you begging for a photo. Everyone will react differently, but I personally would react the same way that Virgil van Dijk did after his Dutch side drew with Norway 1-1 on Wednesday in World Cup qualifying.

Van Dijk’s day could have gone smoother as the big man had his finger dislocated trying to stop Erling Haaland’s opening goal.

Haaland opens up the scoring for Norway against Netherlands! pic.twitter.com/u4nBKa0l3j

Haaland said that he and van Dijk spoke after the game and the Dutch defender informed the Dortmund ace about the injury.

Haaland: “I actually snapped his finger on him. I do not know how it happened. He just said ‘f***ing hell, you broke my finger.’” #awlive [TV2] pic.twitter.com/2PrxmBh3o3

So, there you are. Your finger is hurting like hell, you’re upset about the draw, forced to answer questions from a reporter and some schmuck who looks like he’s in 8 Mile runs up to you with his phone out. What do you do?

This fan wanted to take a selfie with Van Dijk during an interview.

Not a good idea pic.twitter.com/9RLT97ARAB

The best part is how casually van Dijk goes back to answering the question.

The 30-year-old will look for all three points on Saturday in his nation’s World Cup qualifying game vs. Montenegro.