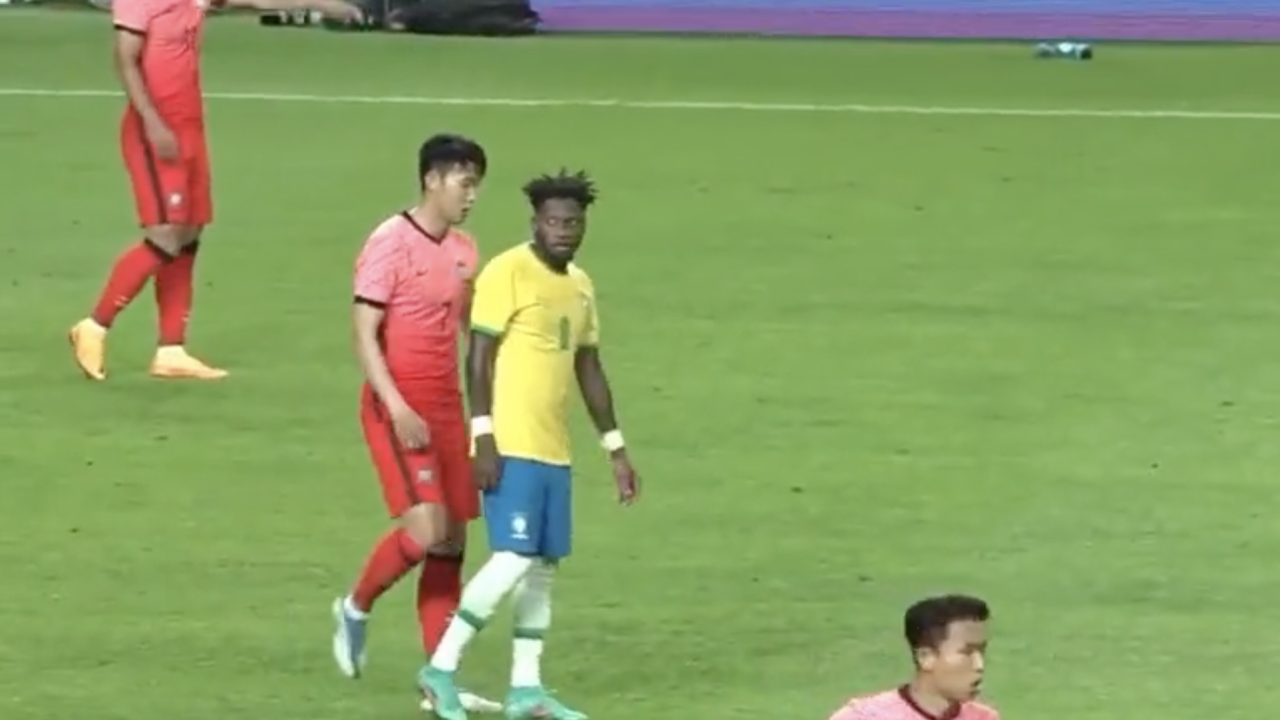 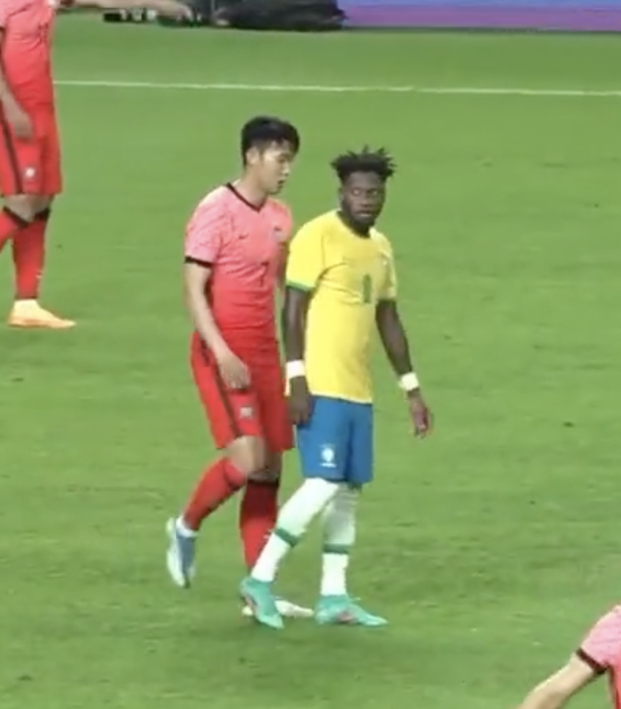 Tottenham and South Korea star Son Heung-min had a humorous interaction with Brazil’s Fred on Thursday during a friendly match in Seoul. The result wasn’t ideal for South Korea and Son as the Brazil won the game 5-1. That didn’t stop Son from having some fun.

During the game Son crept up on Fred and pretended to drive his knee right into the Brazilian’s bum. A harmless love tap, but still something you don’t see every day as the two Premier League players laughed off the moment.

Son is one of the most beloved players in the world and a humorous moment like this only helps his case.

South Korea’s international team has a busy summer with three more friendlies scheduled in June and then the East Asian Cup in July. This will all be in preparation for the World Cup in November.

South Korea will be underdogs to get out of the group among the likes of Portugal, Uruguay and Ghana. Son will look to get his side to the knockout stages of the tournament for the first time since 2010.