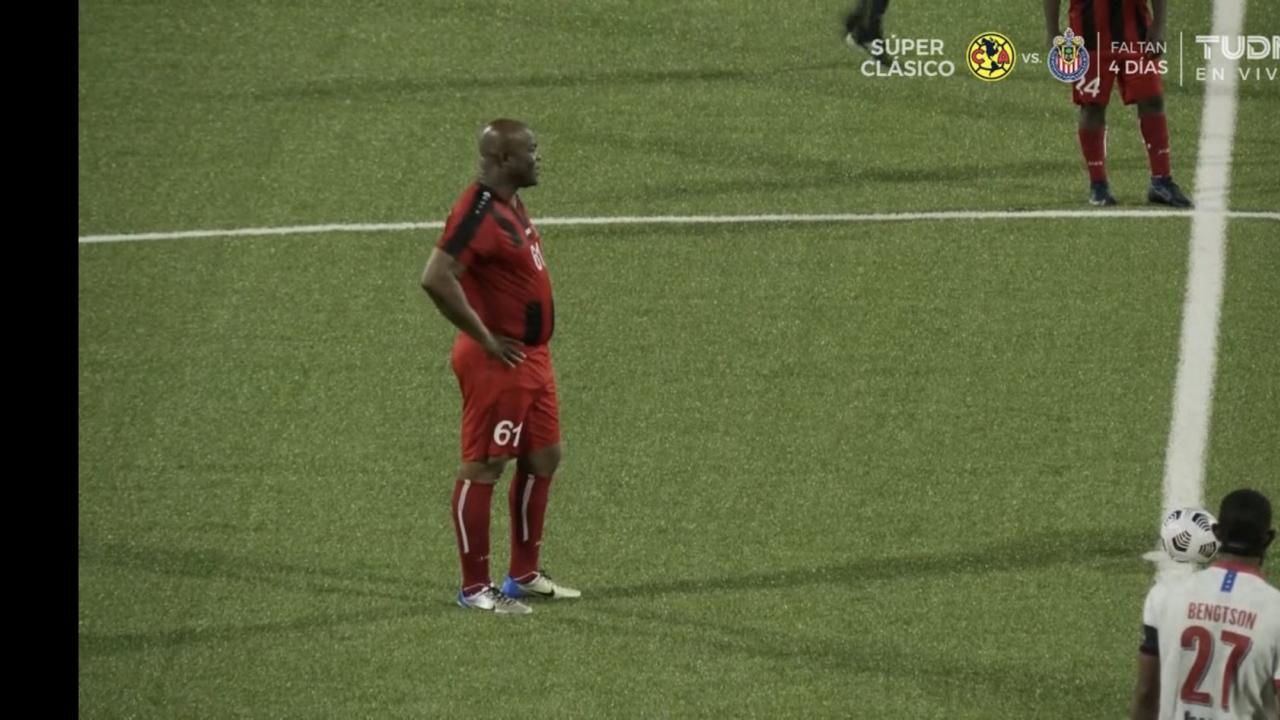 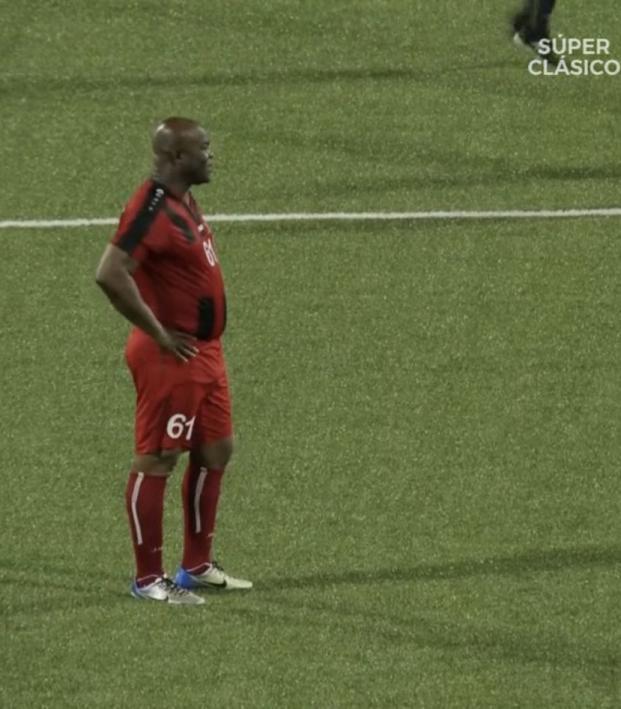 We were treated to an all-time CONCACAF moment last week when Ronnie Brunswijk, the 60-year-old Vice President of Suriname, started and played 54 minutes in the round of 16 of the CONCACAF League.

Brunswijk suited up for Inter Moengotapoe (IMT), the club he owns, as they lost 6-0 to Honduran side Olimpia. Needless to say, he looked a little out of place:

Among other things, he has fathered at least 50 children (according to the New York Times), once robbed a bank to steal money from the Surinamese government and is wanted by Interpol for a wide variety of crimes (his Wikipedia page really is something else).

He was also suspended for five years by the Surinamese Football Association back in 2005 for threatening players with a handgun and was sanctioned again in 2012 for violent behavior toward a referee.

Since Brunswijk is no stranger to disciplinary committees, he should have no problem serving the three-year ban handed to him by CONCACAF over the weekend, which came after video surfaced of him handing out money in the Olimpia locker room after his IMT debut. He later emerged from the locker room with an Olimpia shirt.

This ban prevents Suriname's Vice President from "participating in any capacity in CONCACAF competitions" for the next three years, thus ending his dream (for the time being) of being a CONCACAF League champion.

In addition to Brunswijk's suspension, CONCACAF announced that both clubs involved were also disqualified from this season's CONCACAF Nations League for what the association described as "serious breaches of integrity."

Concacaf has disqualified BOTH Inter Moengotapoe and Olimpia from Concacaf League after video of Ronnie Brunswijk appearing to give Olimpia player & staff emerged after the first leg.

Our VP also banned three years from any participation. pic.twitter.com/DIZTwgOyZH

Even better is the response from Olimpia coach Pedro Troglio to the whole ordeal: "When I saw him come in, he had come to congratulate us, to ask for a shirt. Then he took out cash, he said he wanted to make this gift and started to hand it out. Outside the stadium he continued to hand out cash to people. There's nothing improper here. It was a funny turn of events. There are some players who are not well-off economically. Logically, they see $100 and some grab it. I can't say whether it's right or wrong because everyone has skeletons in their closet."

Brunswijk also defended his actions, saying: "Because of Covid we have not been able to hold any matches for almost a year-and-a-half, and I am grateful that Olimpia wanted to come to Suriname."

As a wise man named George Costanza once asked: "Was that wrong?"

Now that Brunswijk (who, by the way, is not even allowed to leave Suriname) has some time on his hands, maybe he could work on clearing up his international warrants. Or, you know, he could continue his life as the "Robin Hood of Suriname."