FIFA 19 and Red Dead Redemption 2 were two of the best-selling video games of 2018.
Shutterstock.com

Late Monday night, I finally completed the main story of Red Dead Redemption 2. The masterpiece created by Rockstar Games is massive and beautiful (though it was by no means the best game I’ve played in the last year). Given the success of the game, the developers of the FIFA series over at EA Sports could learn a few things from RDR2.

Red Dead Redemption 2 is a testament to the level of detail and beauty that can be put into a video game these days. From artistic vistas to shrinking horse anatomy, the game is just gorgeous.

The story wasn’t as sharp and focused as I might’ve preferred — to be fair that’s a tough task with an open-world game like RDR2 — nor was the music nearly as strong as the first Red Dead Redemption. But there’s no doubting the game is one of the finest pieces of entertaining (and art) produced in the last couple of years. It will certainly outsell any single edition of the FIFA series.

With that in mind, what could future FIFA titles learn from Red Dead Redemption 2? Conversely, what could RDR2 have learned from the FIFA series to improve upon itself? And what lessons do both developers need to learn from the two games?

What FIFA 19 Can Learn From Red Dead Redemption 2

The most notable aspect of RDR2 is the attention to detail in every part of the world. Your horse’s testicles (if it’s a male horse) will visible shrink and retract when you enter colder climates. Game you hunt will smell you coming and pelts will be ruined if you shoot animals with weaponry that isn't suited to that particular animal type. Your character’s hair must be trimmed and shaved lest you end up with a wild mane and long beard. The list goes on.

How did Rockstar Games fit this much detail into the game? By taking a really long time to develop it. 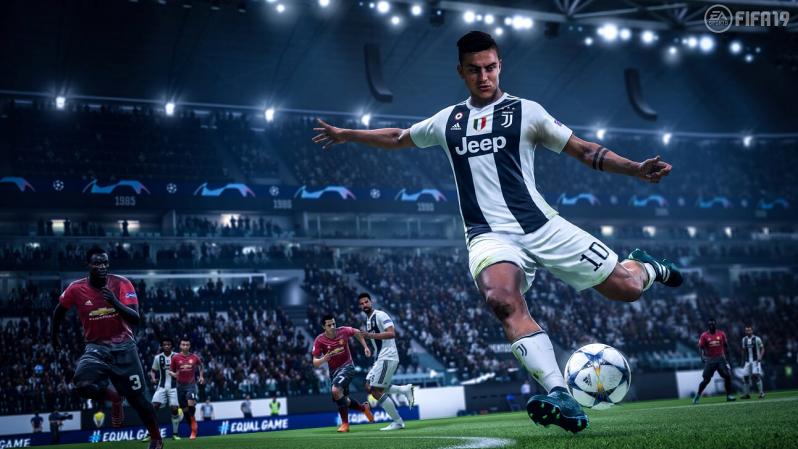 Rockstar released the original Red Dead Redemption in 2010. Not long after, work on the follow-up (RDR2 is actually a prequel) began. The game wasn’t officially announced until 2016 and was fully released in Oct. 2018, when countless men and women began seeing their significant others significantly less.

What’s more, Rockstar pushed back the release of the game until it was absolutely ready. Initially slated for a 2017 release, the game was delayed twice.

What Rockstar Games did with RDR2 was something FIFA would never do, but probably should: Spend time putting out a quality product once every few years instead of an average product every year.

Imagine if FIFA didn’t release a new game every year. Instead of focusing solely on small updates that don’t take long to add, the development team could spend its time remaking FIFA into the best-possible soccer game. Instead of cramming tiny tweaks down our throats and trying to get us to believe they’re game-changing additions, EA Sports could actually produce a game that’s more than just a dressed-up collectible card game.

For many fans of FIFA, the only reason they buy the latest edition each year is to keep up with FUT and roster updates. Resetting FUT teams every year is a brilliant piece of business from FIFA, but cruel on consumers’ pocket books as they must spend more money to get back the team they once had. Roster updates don’t need an entire new game to provide, as EA already updates rosters throughout the season. The developers could simply provide additional roster updates in the years in between FIFA games to avoid feeling out of date.

Because it’s making an absurd amount of money by making small updates instead of quality updates, it’s unlikely EA Sports will take this lesson from RDR2 anytime soon. But spending longer than a year to produce a game would greatly benefit the FIFA series.

What Red Dead Redemption 2 Could Learn From FIFA 19

Aside from the graphics and sheer scope of the game, Red Dead Redemption 2, in my opinion, was not as good as its predecessor. The story didn’t feel as strong, the music was nowhere near as epic and the developers didn’t really evolve the gameplay they created with the first Red Dead Redemption.

One thing the FIFA series typically gets right is that the latest edition is superior to the prior edition (usually). Rockstar, while creating a gem, didn’t create a better game — just a bigger one.

Additionally, RDR2 would have been better served to provide more time-saving techniques. And we don’t just mean quicker load times (seriously, booting up the game reminds me of loading missions on X-COM on the original PlayStation).

It makes sense in the game to not allow your character to warp around from one place to another (you can only fast travel using stage coaches and trains), but that doesn’t make it fun. I would often avoid side quests simply because it would take too long to get there. Likewise, I would sometimes not bother harvesting plants or animals because getting off my horse and watching Arthur (the main character) slowly perform the animations to pull out a carrot or skin a wild boar take too long.

In FIFA, you can easily skip through any needless animations, such as goal celebrations and replays. In Career Mode, you can simulate training sessions or matches you don’t want to sit through. You get to play just the amount of the game you want to play — no more, no less. RDR2 would be more fun if it took a similar approach (albeit at the cost of being less realistic).

RDR2 and the FIFA series are both massively successful, both in terms of critical acclaim and financial profits. But there are some aspects that are undesirable for either game.

For starters, RDR2 employees said they put in 100-hour workweeks to get the game ready in time. No one should feel forced into working that many hours per week, except maybe elected politicians.

An aspect of FIFA that we hope not to see in RDR2 or its successors is the greedy card-collecting game FIFA created. This isn’t to say FUT itself is bad — personally I love the idea of combining a collectible card game with soccer — just the execution. EA Sports has made the best cards so mind-numbingly rare that players often dump thousands of dollars into buying packs.

A similar feature in RDR2 (perhaps if they added a Gwent-like card game featuring the cards you collect with cigarette packs) could be fun, especially in the online mode — so long as Rockstar Games doesn’t add a store that all but forces players to spend absurdly to get the best cards.

Video games, like all art, involve plenty of borrowing of ideas, styles and concepts, many of which can cross genres. Some should, some shouldn’t. Let’s just hope both EA Sports and Rockstar Games make the right decisions.