A Tough Challenge: Venezuela To Debut In Copa América Against Brazil Without Its 3 Best Players 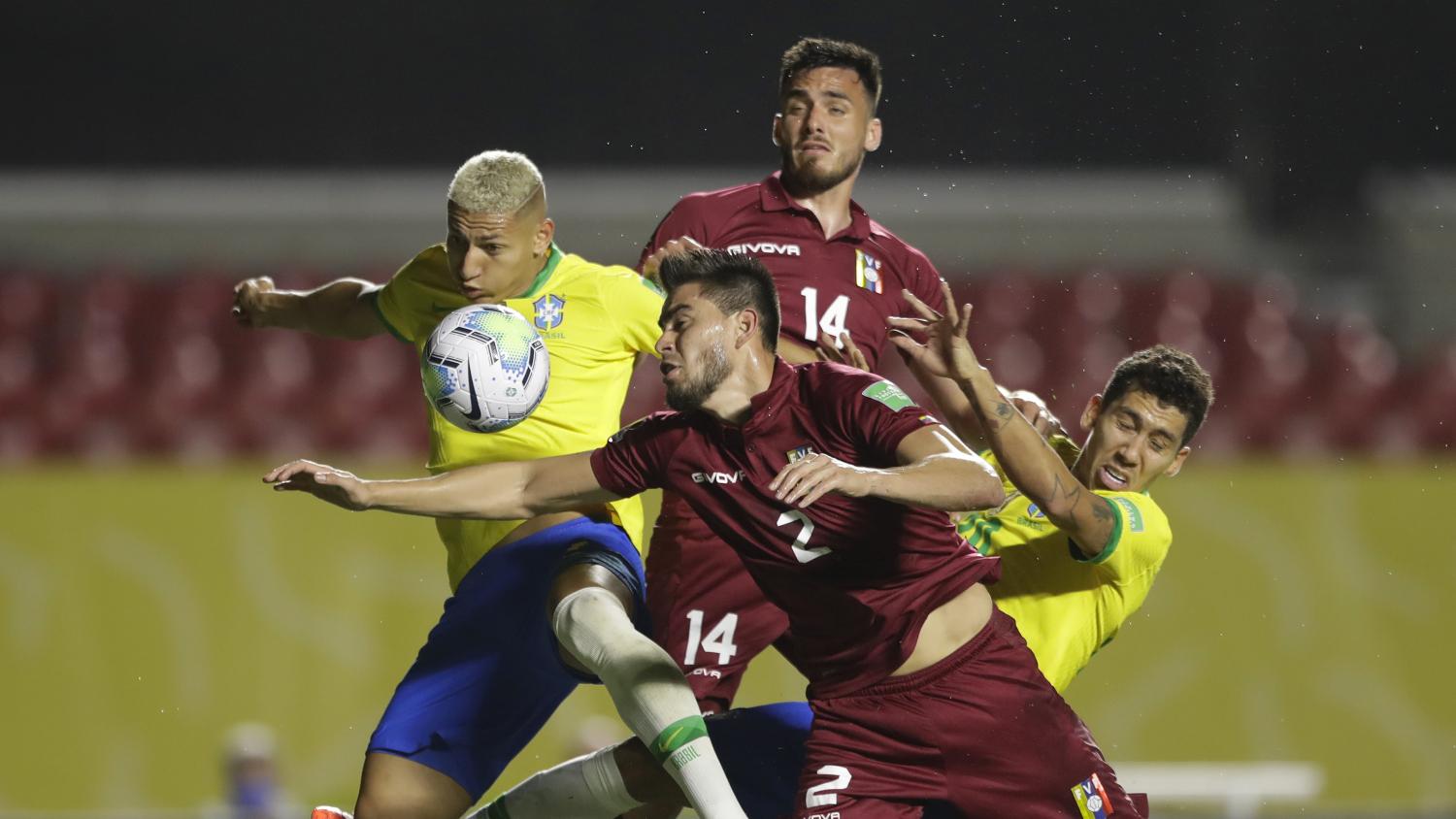 The Venezuelan national team will have its first match against "La Canarinha" on June 14, with some very important absentees.
http://the18.com

Brazil and Venezuela will play their first match of the Copa America on June 14, two national teams with very different backgrounds in the history of this competition.

La Vinotinto is looking for a surprise and start the tournament in the best possible way, beating the current champion and clear candidate to win the title. For its part, Brazil wants to continue its excellent streak and become two-time champions, under the guidance of coach Tite, and prove that they are still the top favorites to win the Copa America once again.

In 8 matches played between the two teams in this competition, 6 have been victories for Brazil and the other 2 matches have been draws in which Brazil has scored 27 goals and conceded only 2 in their matches against Venezuela. It is an overwhelming record in favor of Brazil, who has not lost any official match in its history against the Vinotinto team.

The last match played between these two national teams was for the Qatar 2022 World Cup Qualifiers, on November 13, 2020. In São Paulo, Brazil emerged victorious 1-0 against Venezuela with a header scored by Roberto Firmino in the 67th minute. Brazil was far superior to Venezuela in that match, although it was not easy for them to break through the great Vinotinto wall, who came close to earning a point away from home.

Following the suspension of matchdays 5 and 6 of the World Cup qualifiers by Conmebol in March, neither Venezuela nor Brazil have seen action since that November double-header. Therefore, it is difficult to say how these two teams are going to get to their opening match at the Copa America, especially in terms of rhythm. What is certain is that Brazil has the role of favorite as they have a roster of world-class players, which makes them favorites even against any other team.

For its part, Venezuela arrives at the Copa America with several doubts in its starting eleven. In a press conference this week, La Vinotinto's manager, Jose Peseiro, confirmed that Venezuela will not be able to count on central defender Yordan Osorio. He also stated that both Yangel Herrera and Salomon Rondon have physical problems and it will be difficult for them to play against Brazil.

As reported by @CarlosTaracheR, Venezuela manager José Peseiro has ruled out Rondón and Yangel from the World Cup qualifiers against Bolivia and Uruguay.

This information is very hard for Venezuela, we are talking about the 3 best Vinotinto players, the only 3 players who are sure to have a place in the starting XI, the backbone of this team.

Of course, Venezuela has options to substitute these players, but none of the other variants represent the weight and quality of Herrera, Osorio and Rondón. Venezuela will have a tough task against a Brazil side that is on an excellent run and can easily field 3 different starting lineups and compete all the way to the end in the Copa America with each of them.

Brazil vs Venezuela will be played on June 14th. The U.S. broadcast will be on Fox Sports in English and TUDN in Spanish