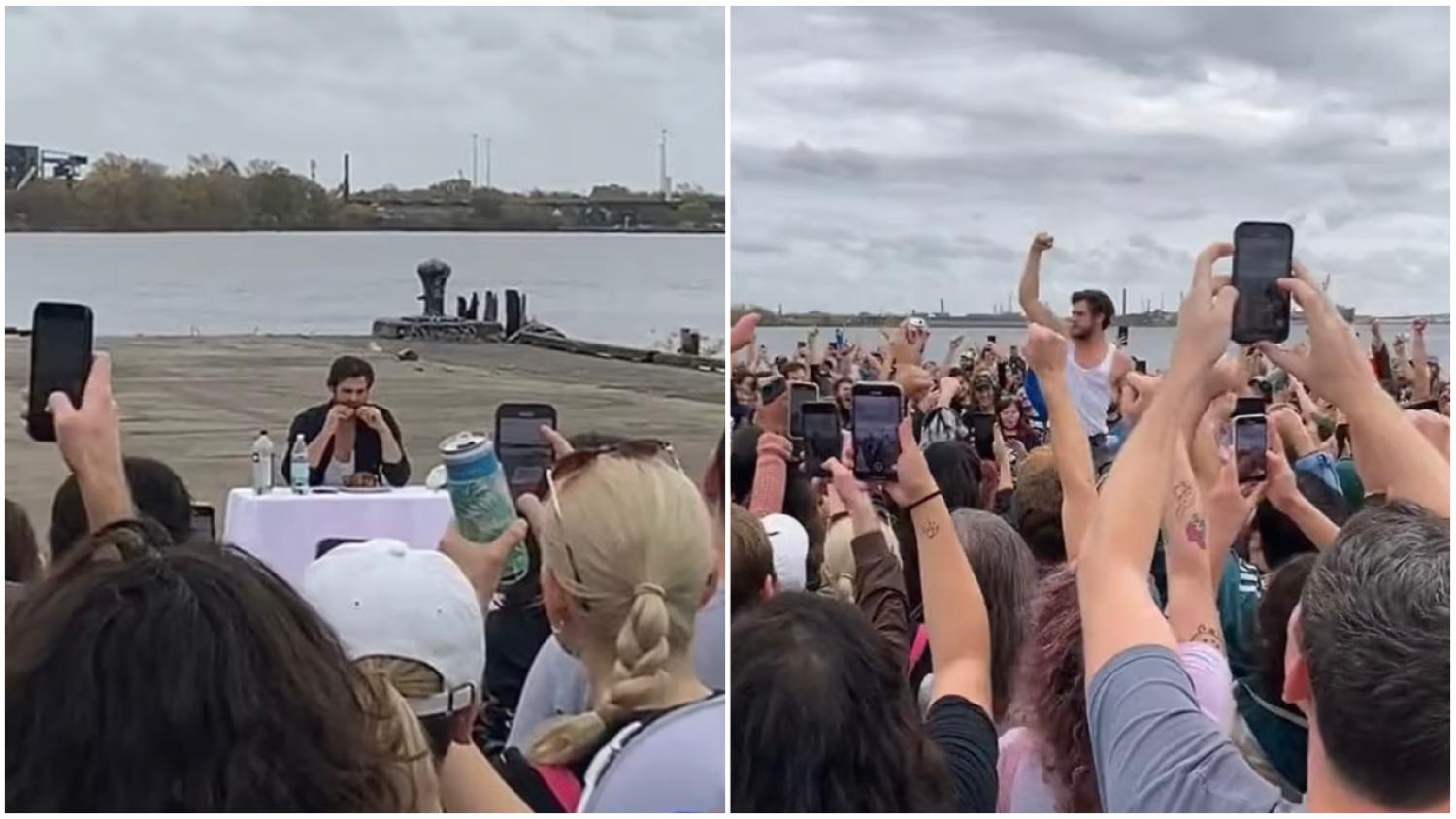 Alexander Tominsky did what Jim Curtin could not: he finished the task.
The18

When Jack Elliott's 120+4' effort on the rebound put the Philadelphia Union up 3-2 on LAFC in Saturday's MLS Cup, it seemed like a fittingly batshit crazy ending to a remarkable match. Philly, after coming back from one-goal deficits twice during regular time, could breath easy and the city's special unit for greasing the poles could begin its work.

Everyone should know what happened next by now. Motherloving Gareth Bale — a 97th-minute replacement for Carlos Vela — dunked on the 6 foot 6 inch Jack Elliott for LAFC's equalizer at 120+8' and the Union understandably collapsed in the penalty shootout.

In arguably the greatest MLS game of all-time, Philadelphia had played the role of the choke artist. Then, just hours later, the Philadelphia Phillies took a one run lead into the bottom of the sixth inning — needing a win to force a game seven against the Houston Astros in the World Series — and promptly gave up four runs.

One day, two cataclysmic results for the people of Philadelphia.

So you can understand the hundreds of fans — desperate for something, anything to hold onto and call their own — who showed up to watch local "Chicken Man" Alexander Tominsky eat an entire rotisserie chicken for the 40th consecutive day Sunday. They needed a light in these dark times.

Tominsky had set out to do it 40 straight days, so on Sunday the final day of his personal odyssey was given special treatment: The waiter at a local steakhouse created fliers for the showdown of self vs. increased sodium levels and constant bloating. 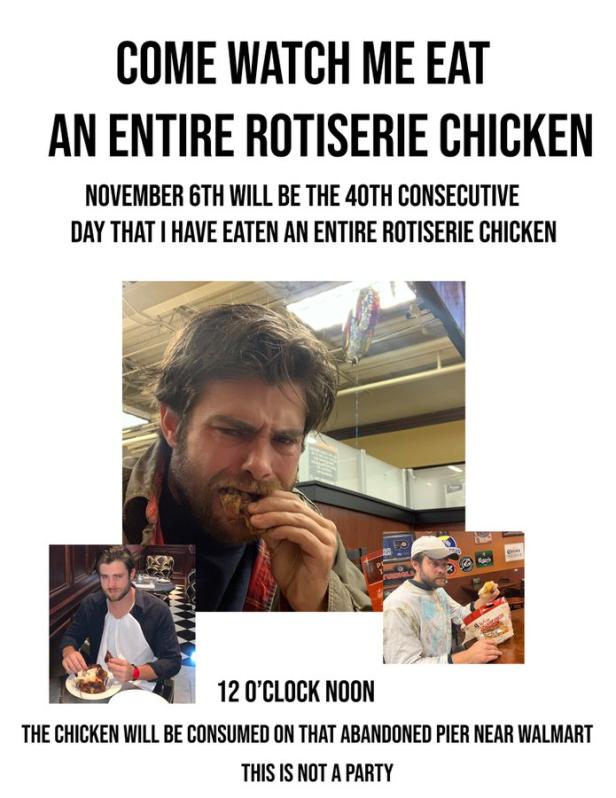 The final bite of the rotisserie chicken. Inspirational @AlexiconTom pic.twitter.com/Eiqhj34wFG

Some highlights from other days.

They don't really have an award for this sort of thing, ain't no envelopes to open, but like Tominsky himself said, it was clearly "the right thing to do."