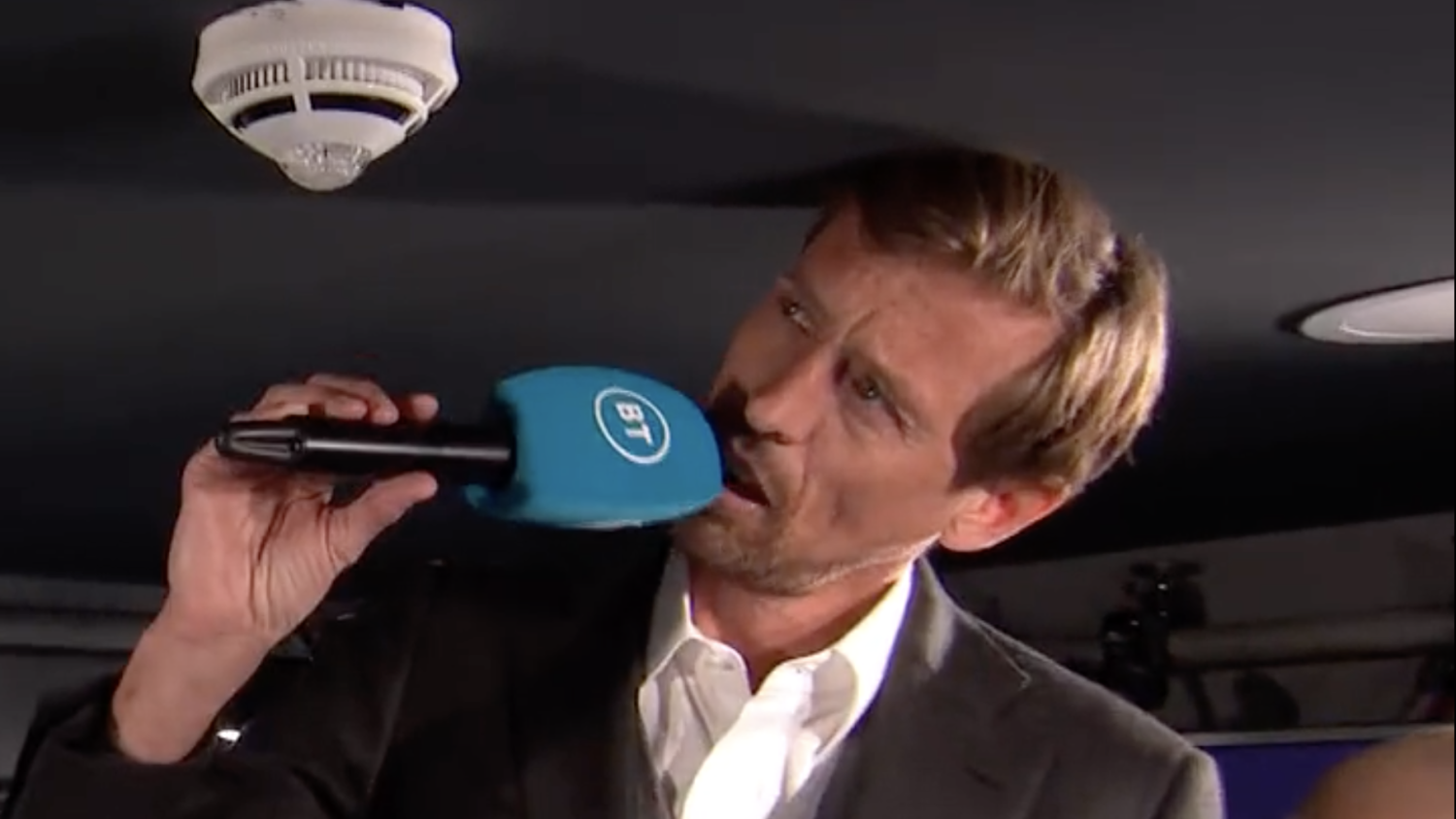 Crouch is as funny as he is tall.
@btsportfootball | Twitter

The past week had been emotional for not just the soccer world but everyone as news continues to flood in about Russia’s invasion of Ukraine. The soccer community has produced an amazing response with symbols of peace and protest in many games.

Amid all the chaos BT Sport analyst Peter Crouch has given soccer fans something to smile about with a hilarious video of him and Rio Ferdinand preparing for a live shot after the Tottenham vs. Leeds game. Watch what happens when all six feet seven inches of Crouch tries to stand up in the rather small commentary box.

I’ve watched this clip a minimum of eight times now. There’s something about Crouch’s eyes level with a smoke detector while talking about Leeds losing 4-0 that is incredibly humorous.

Crouch wasn’t joking when he said it was a difficult game for Leeds as Spurs thrashed Marcelo Bielsa’s side 4-0. The game also saw some league history when Harry Kane and Son Heung-min broke the record for the highest scoring duo. The two Tottenham stars surpassed Didier Drogba and Frank Lampard with this goal late in the game.

37 - Harry Kane and Son Heung-min have combined for a Premier League goal for the 37th time, overtaking Didier Drogba and Frank Lampard (36) as the duo who have assisted one another for the most goals in the competition’s history. Partners. pic.twitter.com/BFUzIOL3QM