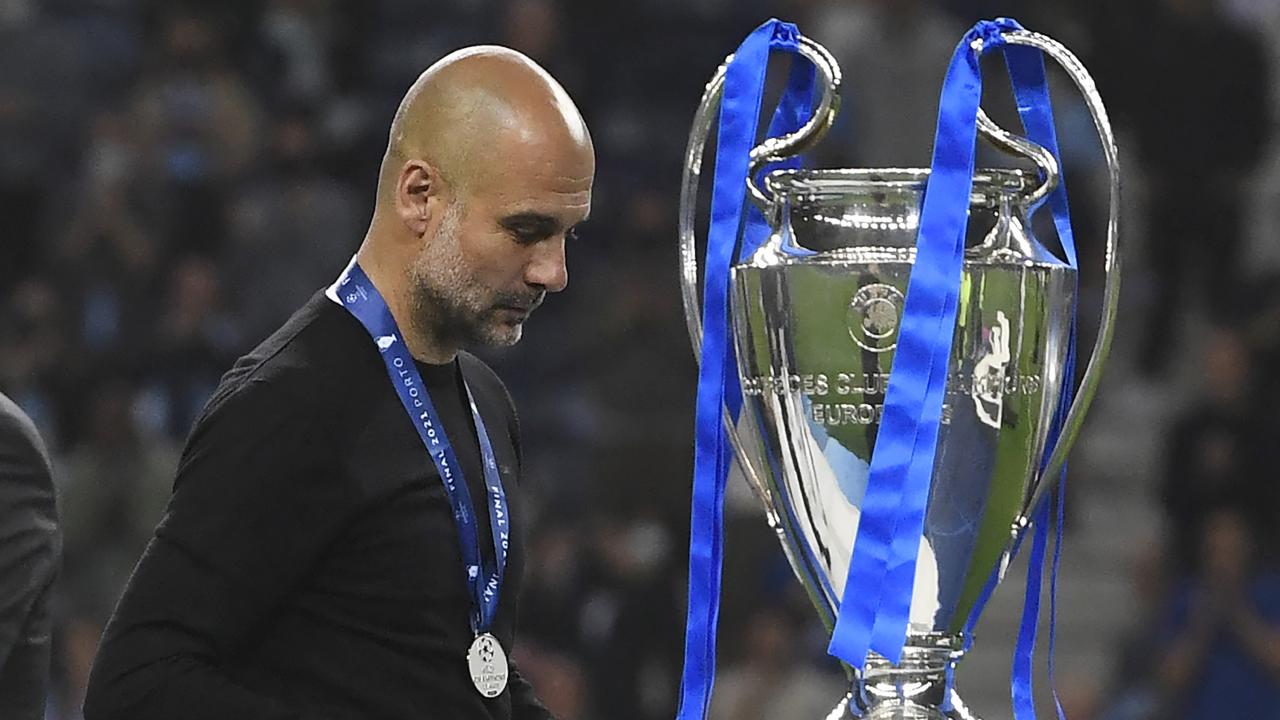 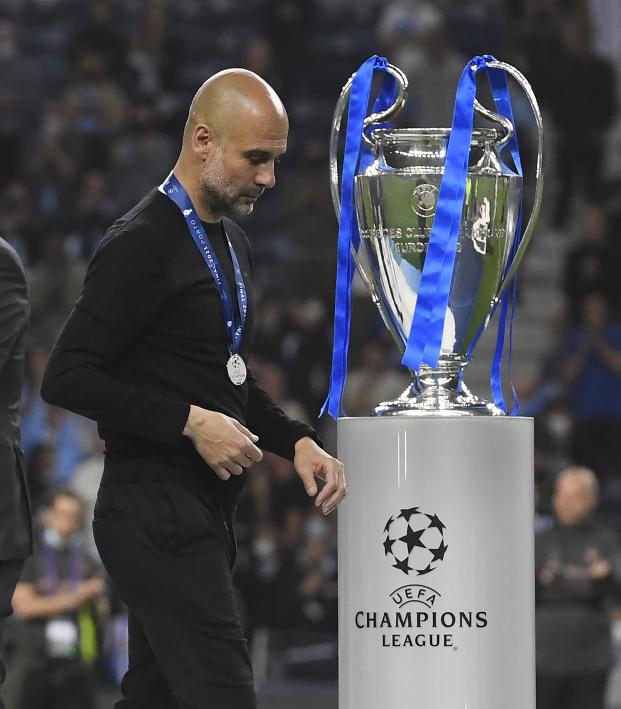 PORTO, Portugal — It was billed as the night when Pep Guardiola would lead Manchester City to their first Champions League title but it ended with questions again being asked about the Spaniard's decision-making in the biggest games in Europe.

City were expected to beat Chelsea in this year's final but instead they lost 1-0 on Saturday courtesy of a first-half goal by Kai Havertz after Spaniard Guardiola was outfoxed by his German counterpart Thomas Tuchel.

Guardiola has created a team which has become the dominant force in English football, winning three of the last four Premier League titles with a wonderful style of play, but for the past two seasons they have been favorites to win the Champions League and stumbled when it mattered.

Last season Guardiola departed from his settled approach for the quarterfinal, single leg game in Lisbon against unfancied Lyon, switching to an unfamiliar three-man defense as City fell to a shock 3-1 defeat. On Saturday, he shuffled his cards in an attempt to foil the tactics of Tuchel but in doing so left his side without the key elements that had taken them to their first Champions League final.

Either Brazilian Fernandinho or Spaniard Rodri have occupied the holding midfield role for the past two seasons and there was some debate over which one would start in the final. Few if any observers expected that both would start on the bench with İlkay Gündoğan asked to drop back into a deeper role.

It was a move that simply did not work. Without the protection they normally enjoy, City's defense was exposed early and often by Chelsea and if striker Timo Werner had been sharper the point would have been made emphatically in the first half hour. As if to highlight the absence of Fernandinho's solidity, strength, ball-winning and ability to lead a transition, Chelsea's N'Golo Kanté, the French World Cup winner, delivered an outstanding display of just those qualities.

The other switch that raised eyebrows was the recalling of out of form winger Raheem Sterling on the left, a move which meant that Phil Foden, who had been in a rich run of form in that position, was moved into a central role. Sterling was not effective on the flank, looking unsurprisingly short of confidence, while Foden's impact was reduced as he tried to find a role behind the false nine — Kevin De Bruyne.

In fact De Bruyne, arguably the best central midfielder in the world, played almost as an orthodox center-forward before he went off with a head injury on the hour, having had well below his normal level of impact on the game

Guardiola said his selections had been positive ones designed to win the game.

"I did the best selection I could. Against Lyon, like I did PSG (in the semifinals) and like I did against Dortmund (in the quarterfinals). I picked the best selection to win the game and the players know it," he said. "I think Gündoğan played good, but we missed a little bit to break the lines in the first half. The second half was much better.

"Gündoğan played many years in this (holding) position, to be fast on the ball, to find the quality players with passes, between the lines and this is why I made this decision," he said.

But Guardiola, who won the Champions League twice as manager of his first club Barcelona, is likely to face criticism for making unnecessary changes in approach and personnel.

"I think that will be leveled at him because he changed the way he had played all season. He has always had Rodri or Fernandinho in there but he changed it," said former England defender and television pundit Rio Ferdinand. "We know tactically he tinkers, he might have seen a weakness in there, but Thomas Tuchel nullified any threat.

"We saw Riyad Mahrez and Raheem Sterling played really wide, they've not really done that this season and maybe that is something City did wrong," he added.

No one doubts Guardiola is one of — if not the — greatest coaches in the modern game and possibly of all-time, but his expertise makes the manner of the defeats by Lyon last season and in Saturday's final all the more puzzling.