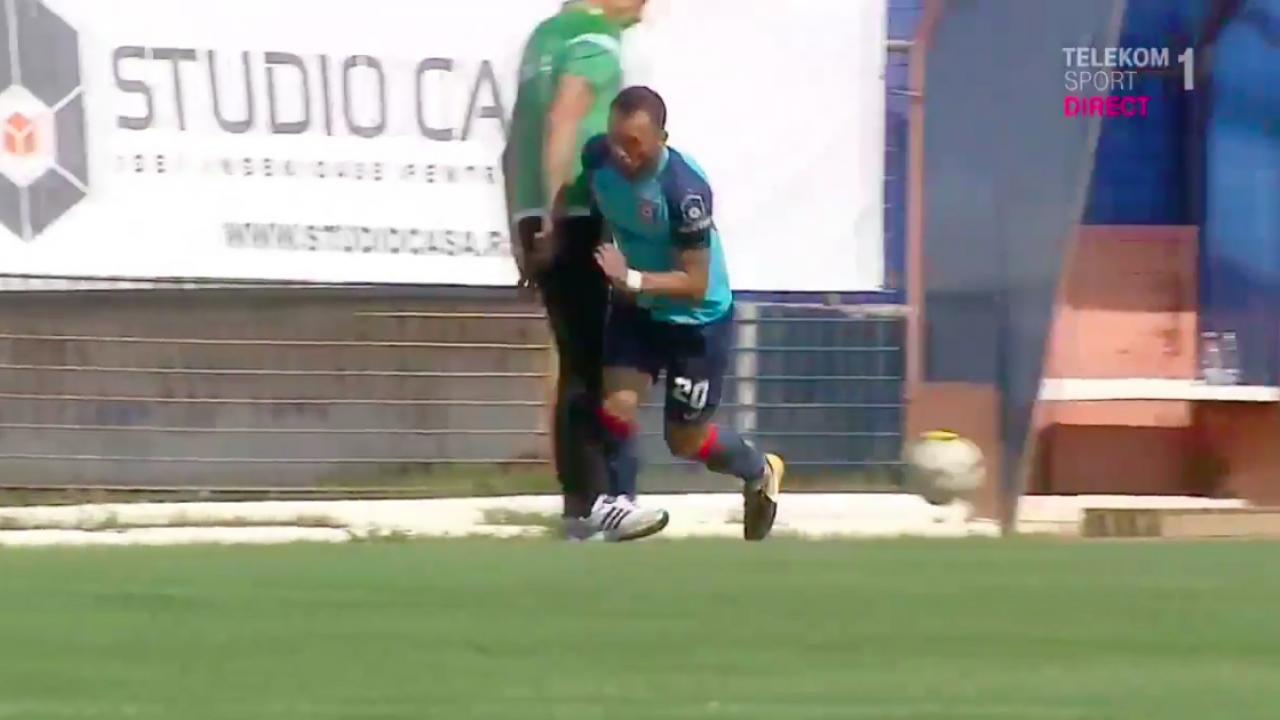 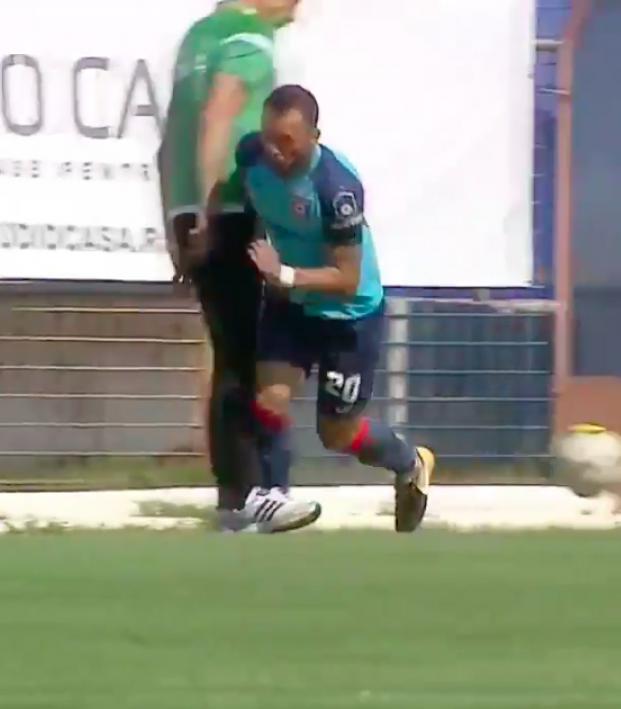 FC Agres took on Chindia Targoviste in Romanian second division action on Saturday with the scores level at 1-1 in the 82nd minute. During a fairly innocuous attacking situation in which a Chindia attacker appeared to be fairly well marshaled on the right flank, Agres manager Emil Sandoi (who played as a center back during his own professional career and was capped 30 times by Romania) pulled off the inexplicable.

With the linesman standing at his side, Sandoi didn’t trip the attacker so much as fell him with a perfectly timed standing tackle. The winger was sent flying and the linesman immediately signaled for the infraction. Sandoi’s reaction was priceless.

It looks as though he’s arguing that he’d suffered a massive mental lapse and simply forgotten the confines of the pitch, and his gentlemanly reaction and handshakes with the opposing side only add to the surreal quality of the scene.

We haven’t seen this sort of action since New York Jets strength coach Sal Alosi purposely tripped Miami Dolphins cornerback Nolan Carroll back in 2010. Sandoi is now part of an exclusive club of coaches that’ve momentarily forgotten entirely who they are and what they’re doing.