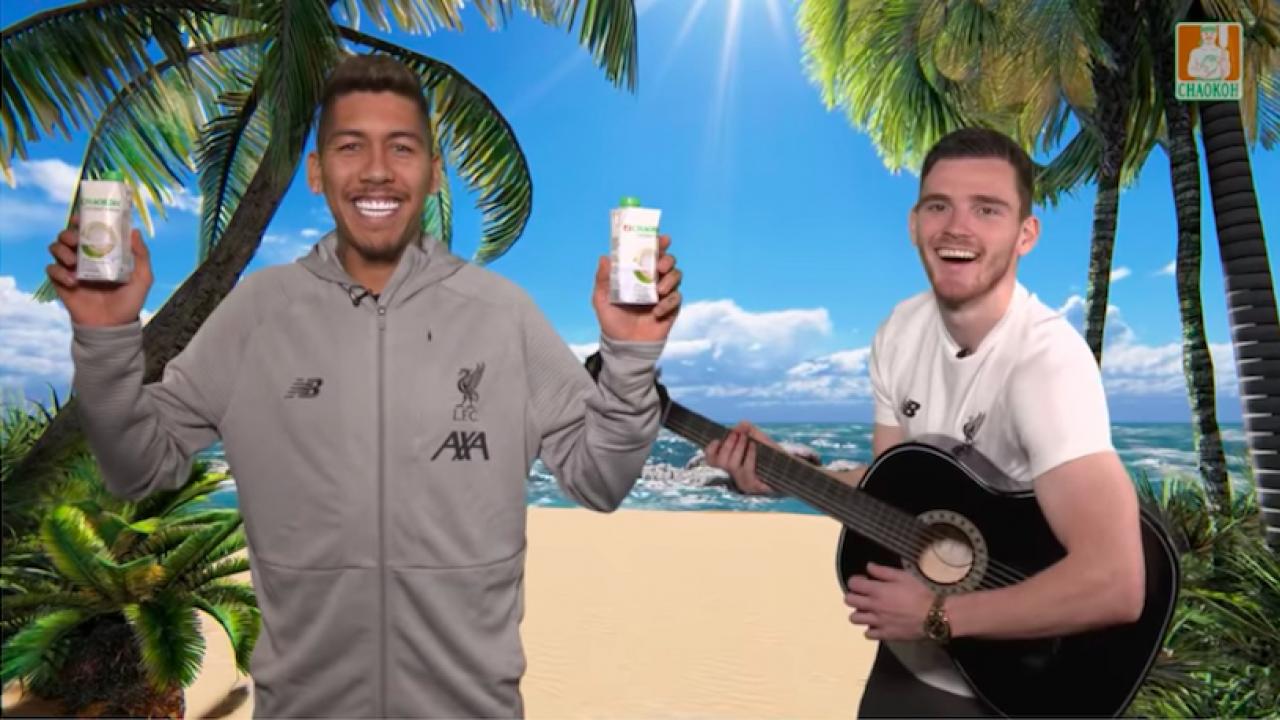 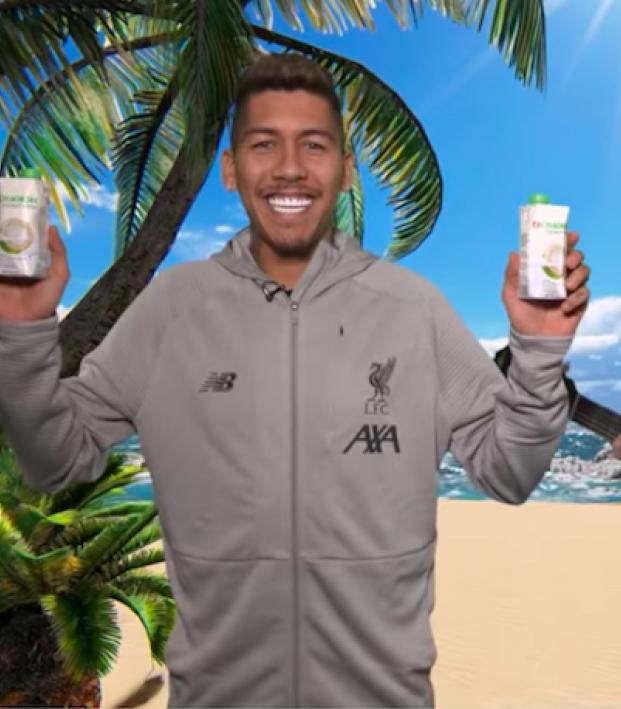 As part of a new advertising campaign between Liverpool and partners Chaokoh, some Reds first-teamers tried their hands at acting.

For the bit — "The Team Meting: Content Creative Session" — the Liverpool players were challenged to brainstorm ideas which could be used to market Chaokoh, a UK-based coconut milk/water brand. Andrew Robertson gets the ball rolling by confiding in teammate Curtis Jones that he's considering a career in music "if football doesn't work out."

Jordan Henderson believes his teammates can do a better job marketing than the club's media department. He takes on the unenviable task of leading a distracted (and tardy) Roberto Firmino, the self-centered Jones, Joel Matip, Robertson and Dejan Lovren, who looks as if this conference room is the last place on earth he'd like to be.

While Firmino scrolls through and laughs at his phone, drawing the ire of his captain, Matip tries — and fails — to be helpful by educating the group on the background of the coconut ("fun" fact: it's a drupe, not a nut). For all his enthusiasm, Robertson is no marketing guru; he posits such ideas as a partnership with Scottish singer Lewis Capaldi and supermarket chain Aldi ("Cap-Aldi"), some sort of take on Star Wars (because "what's bigger than Stat Wars?") and perhaps his worst take: "Klopponuts"

After Firmino provides his least useful contribution of the day by asking for a phone charger, poor Henderson has endured all he can handle. He storms out of the meeting in frustration, leaving his ever-cheerful sidekick Robertson in charge. While that may seem like a mistake, the final product was better than many of his previous ideas:

It was an encouraging acting debut for all involved, but nonetheless, let's hope these Liverpool stars stick to their day jobs. If not though, Robertson at least has that budding music career to fall back on.