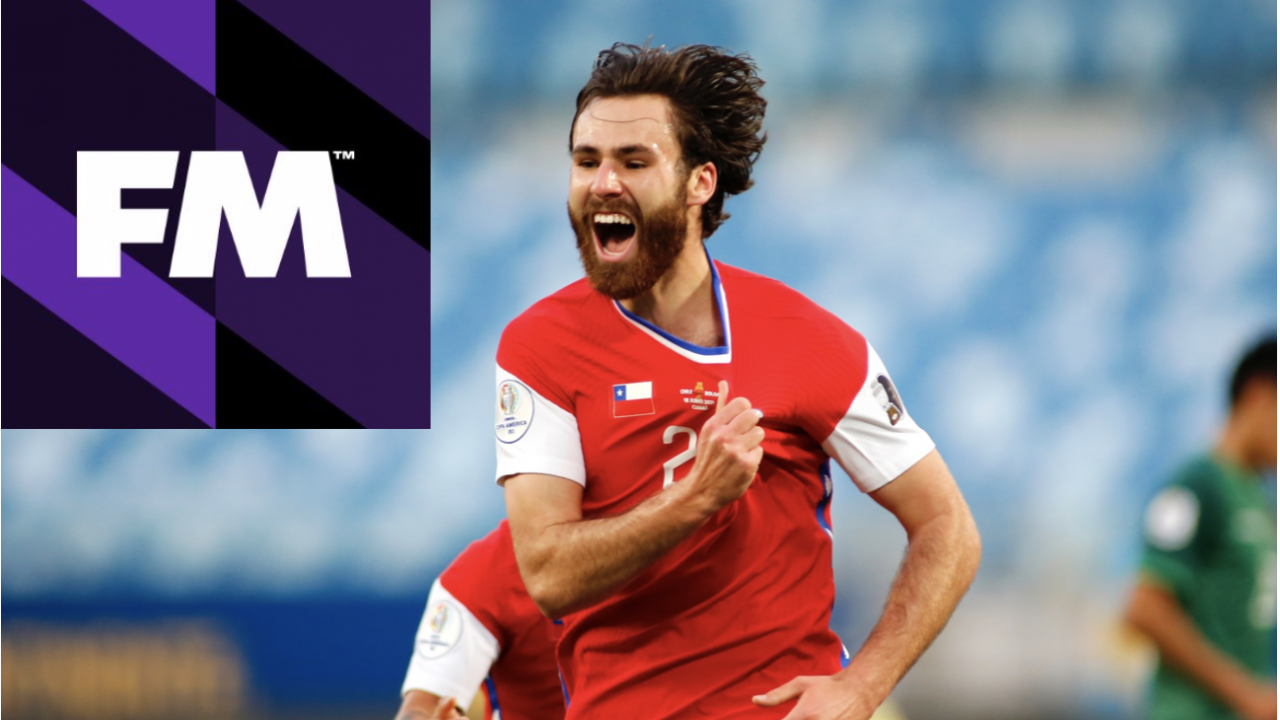 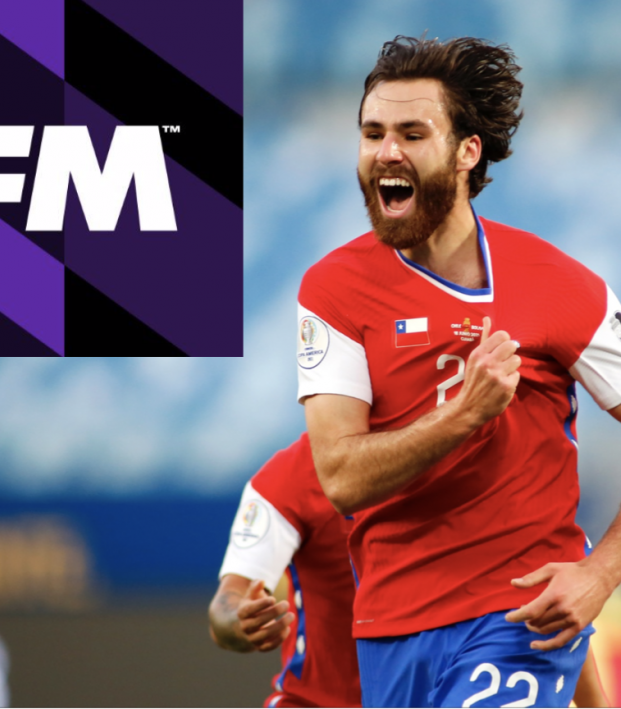 More Than A Simulation: Four Tales Of Football Manager's Impact On The Real Soccer World

For many years now, FIFA and PES (now eFootball) have been the one-two punch at the top of the soccer video game world. But while those two franchises flex their big muscles as they quarrel over licensing rights, Football Manager (FM) has quietly stayed on the path and continues to be cherished among intellectually-minded football fans.

It's too popular to be considered a cult favorite, but it takes a certain type of person to appreciate the depth and intricacies of Football Manager. FM is essentially like having a second job, and it makes FIFA and all its colorful features seem like a children's game.

It has so much detail, that scouts and club personnel use FM to scout players that they otherwise wouldn't be able to watch.

Many teams have been reticent about their FM use at times as if using this massive cluster of data is somehow beneath them because it comes from a video game. But when properly embraced, Football Manager has been very beneficial to a host of teams.

Here are just a few examples of Football Manager being used in real life:

On the surface, Hugo Alvarado is just a random dude sitting at home playing video games on his computer. But since 2010, perhaps no one has impacted football in El Salvador more than Alvarado and his trusted copies of Football Manager.

For years, Alvarado, who emigrated to the U.S. when he was nine, watched as the El Salvador national team struggled on the pitch. But as an ardent fan of Football Manager, Alvarado realized he had an invaluable cache of data sitting in his lap.

He began by sifting through the FM database, looking for players with Salvadoran names or faces that appeared Salvadoran. He would also search phrases like "footballer Salvadoran mother" on Google, hoping to find articles talking about a player's background.

"I wanted to see a more competitive national team,” Alvarado said. “So that’s why I do what I do."

One of his biggest catches was Steve Purdy, a former American U-23 international playing for 1860 Munich in Germany.  "There's nothing Salvadorian about that name," Alvarado said, "but I had read some stuff about him and got hold of him on Facebook and we started talking."

"The idea of creating SelectaTalent.com was born from desire to support his beloved country of birth," Alvarado's website says. "Knowing that many Salvadorans left the country during the 1980s due to a terrible civil war that devastated the country he thought there might be thousands of families who had kids in other countries who play football."

A great deal of Salvadorans believed that players living in the diaspora would not be willing to play for their native country. While these athletes left behind a war-torn country to emigrate to safer areas, Alvarado still found them keen to play for their cultural home. Alvarado referred to it as "hitting the jackpot."

But the most surprising response he received didn't come after his initial contact with these players, but after they played for El Salvador.

"To me it was just that I wanted to help the national team," Alvarado said. "But when I had, a couple of them told me, 'I wouldn't have been able to play against Messi and Argentina or Iniesta or Pique if it wasn't for what you did for me,' that was the moment when I almost broke down in tears because I never really thought about it."

After ten long years, Alvarado's endeavors helped him get hired by Diego Henríquez — the new sporting director of Salvadoran football — to become a full-time scout. Both roles were the first in the history of the Salvadoran Football Federation (FESFUT) as the country looks to improve its footballing system.

Alvarado's impact is so considerable that he even earned a profile last month in the New York Times.

While qualification for the 2022 World Cup looks unlikely at the moment, 2026 is the target set by FESFUT to reach soccer's biggest competition for the first time since 1982. And it could very well happen thanks to Hugo Alvarado and his Football Manager ingenuity.

By now, you're probably familiar with the general story of Ben Brereton — the Englishman playing for Blackburn Rovers who got an international call-up from Chile over the summer thanks to his Chilean mother. But did you know that none of this would have happened if not for Football Manager?

It all started with Football Manager researcher Mark Hitchen — who also happens to be a Blackburn Rovers season ticket holder. While working on an update for the game, Hitchen read a Blackburn Rovers feature in which Brereton mentioned he was technically eligible to play for Chile.

The change was noticed by Chilean FM stream Álvaro Pérez, who goes by @Chileantoon online, who says he spotted Brereton's dual nationality at five in the morning. From there, Pérez created the hashtag #BreretonALaRoja, and pretty soon the comments sections on Brereton's Instagram posts were filled with Chilean flags.

National media picked up on the situation and less than a year after Hitchen's discovery, Brereton received his first Chilean call-up — all despite barely knowing a word of Spanish.

Since then, Brereton has been nothing short of phenomenal. He has three goals in eight Chilean appearances — starring at the Copa America and in World Cup Qualifying — while also ranking second in the EFL Championship this year with 10 league goals.

The fact that Ben Brereton's Chilean adventure began after fans started commenting on his social media with Chile flags because someone noticed his eligibility through @FootballManager is just wonderful.

He also added the name "Díaz" to the back of his jersey, so that it now reads: Ben Brereton Díaz.

Regardless of what the name on his shirt says, Chilean and Blackburn Rovers fans both call Ben Brereton Díaz the same thing: superstar.

"I found Ben on FM at 5am. And then everything blew up."

Stoke-born @Rovers striker Ben Brereton has been tearing it up at the Copa America -- but his adventure all started with @FootballManager @markhitch @chileantoon @donscruffy pic.twitter.com/EeVBhcK4SW

The Younghusband Brothers Get Tipped Off

Back in the early 2000s, the Younghusband brothers — James and Phil — were a pair of siblings playing together for Chelsea's youth academy. Yet by 2005, it was clear that neither one was going to break through to the Blues' first team. James, 19 at the time, was on the books at the Chelsea reserves, as was Phil, one year his junior.

It appeared that their careers had peaked already, that is until they received a call from the Philippine Football Federation (PFF), who extended an international call-up.

The Younghusbands were eligible to play for the Philippines through their Manila-born mother, but declaring for the Azkals was never a serious thought for them.

"A bit later, after we qualified for the Southeast Asian Championship, we went to a bar to celebrate and there was this kid who was 15 or 16 years old,” Phil said. “He was very shy but he did say he was the one who found us on the game. I was very thankful to him."

Fast forward to 2021, and the Younghusbands hold the top two spots for international caps earned for the Philippines (Phil in first with 108, James just behind him with 98). Phil's 52 career goals are also an Azkals record, while James ranks third with 12 goals.

They were part of a footballing resurgence in the Philippines, as the Azkals reached their highest FIFA Ranking ever in 2018 (111th) and reached the AFC Asian Cup for the first time in 2019.

While their club careers never quite amounted to much, the efforts of a young Football Manager player ensured that they became legends in the Philippines.

From The Couch To The Clubhouse

There have been stories over the years (not a huge number but enough to give us lay-people hope) of Football Manager experts parlaying their FM skills to get a gig with a real-life club (the Football Manager subreddit has some great stories if you're interested in that sort of thing). Usually, these roles happen somewhere off in Azerbaijan  or Croatia, but one English teenager used FM to earn a job at a Football League club.

Matt Neil was an avid fan of Football Manager as a kid, and he used his scouting proficiency to earn a role as a volunteer researcher at FM for one of his local clubs, Truro City. After six months at Truro, Neil noticed an opening for the same role at Plymouth Argyle — the club where he was a season ticket holder.

Still just 15 at the time, Neil held his FM researcher role at Plymouth for a few seasons as he got to know some of the Argyle staff and players. At one point, Plymouth manager Carl Fletcher took a look at Neil's research and was impressed. Fletcher asked Neil if he would be interested in becoming the club's first team football analyst position — which was opening up at the end of the season.

Neil received further plaudits from the manager following a test project, and in July 2012, the 19-year-old was named Plymouth Argyle's club analyst. His role required him to evaluate player performance, study the opposition and make reports, and scout potential transfer targets.

He worked at Plymouth Argyle for nearly seven years before spending a season performing the same role at Rotherham. He now works as a recruitment analyst at League Two side Salford City.