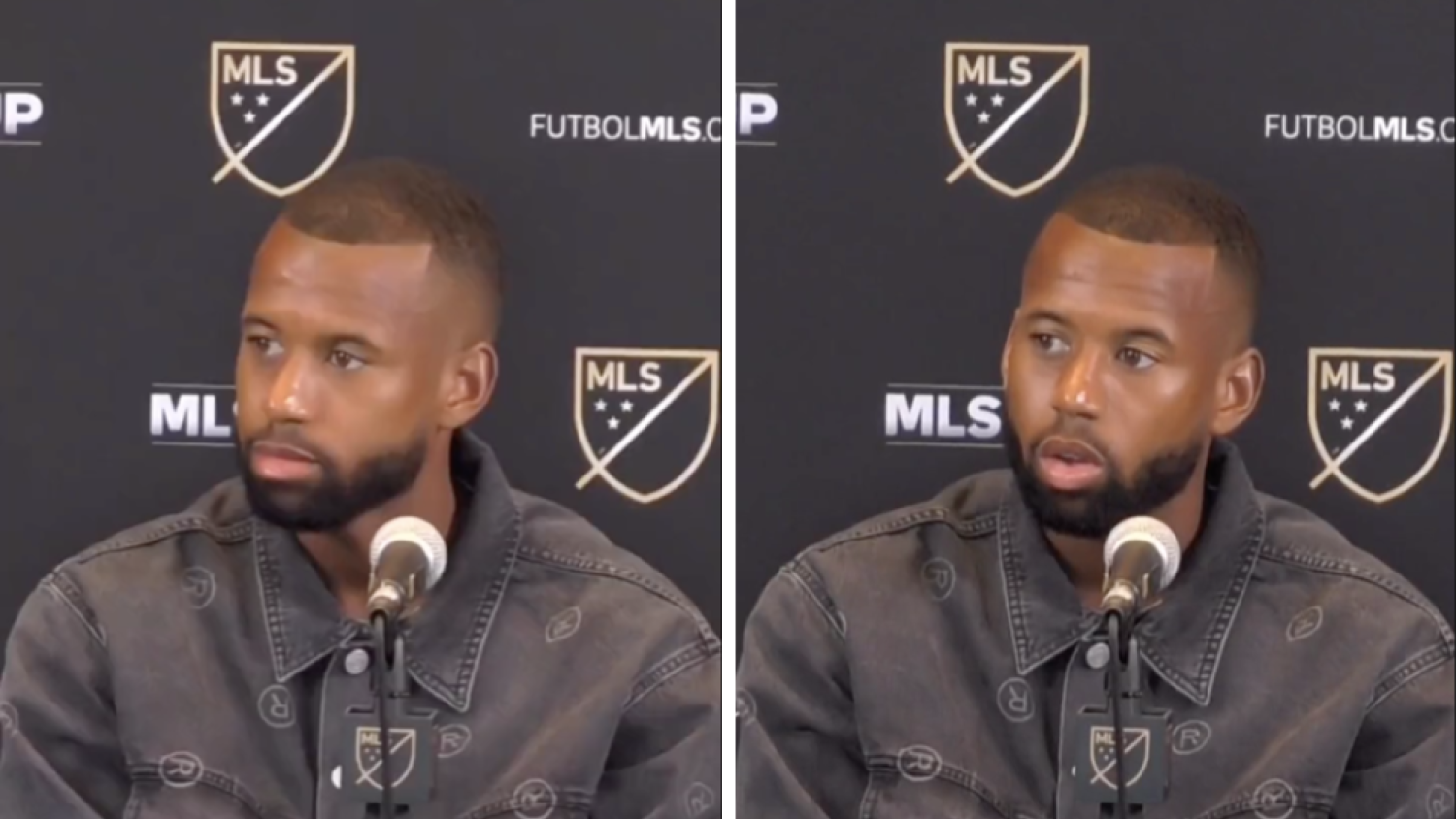 This reporter is going to have nightmares about this moment years from now.
@nocontextlafc | Twitter

Video from a Kellyn Acosta press conference ahead of the MLS Cup clash between LAFC and the Philadelphia Union has been spreading on social media after a reporter asked a bizarre question.

Acosta has plenty on his mind. The 27-year-old midfielder is in his 11th season playing in Major League Soccer and has the chance to win his first MLS Cup on Saturday. Acosta is a lock for the United States’ World Cup roster and could make his World Cup debut 16 days after playing in MLS Cup.

The guy has a lot going on so you can’t blame him for looking utterly befuddled when a reporter asked him how excited Philadelphia was about the city’s sports scene right now. Mind you, Acosta plays for LAFC, not the Philadelphia Union.

Acosta was all class and laughed off the reporter’s blunder rather than ripping him to shreds. The question would be a great one to ask to a Philadelphia player, but not quite the one to ask Acosta. Maybe looking at Acosta's name tag with the big LAFC logo would have helped.

I’m not going to embarrass the reporter any more than he’s done to himself. I can’t speak for all reporters and journalists, but I know I’ve asked my fair share of embarrassing and dumb questions.

One time during my college days I asked a player if she would rather never be able to play in a rivalry game again or… and I just kind of trailed off. The press conference ended after the player stared at me like the absolute moron I was. That moment was four years ago, and my colleague still pokes fun at me about it to this day.

I’m sure the reporter who asked the question to Acosta felt the same feeling of their heart dropping to their stomach and blood rushing to the face. It’s a bad mistake but it happens and at the end of the day we’re not curing cancer, we’re just covering sports.