Teenager scores winner for Man Utd, gets permission from Ronaldo to do his celly 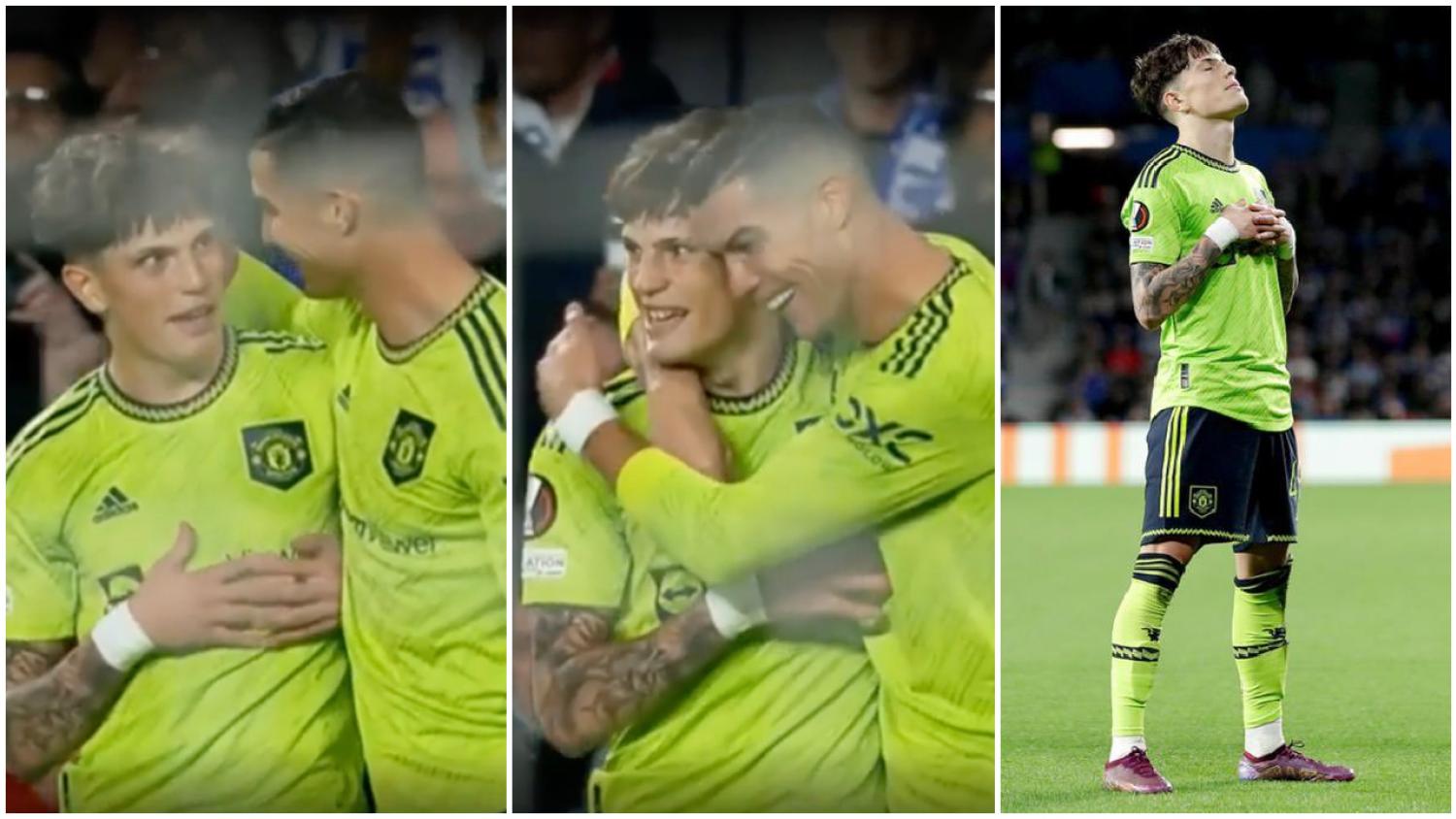 As Mourinho would say, this is football heritage.
The18

When Alejandro Garnacho was born in Madrid in 2004, he'd already missed Cristiano Ronaldo's first season with Manchester United and his legendary performance in the FA Cup final as a 19-year-old.

However, Ronaldo would transfer to Real Madrid five years later and Garnacho — who spent his youth career in Madrid with Getafe and then Atlético — was in the city for all nine illustrious seasons of CR7 at the Santiago Bernabéu.

The ultimate testament to the impact Ronaldo had on Garnacho's youth is that despite playing in Atlético's system and having an Argentinian mother (Garnacho is an Argentina U-20), the young winger — to the annoyance of Sergio Agüero — has named Ronaldo as his GOAT.

Well Garnacho moved to Manchester United's academy in 2020, Ronaldo made his Old Trafford return less than a year later and now they find themselves playing together in United's Europa League campaign.

On Thursday against Real Sociedad, it was the 37-year-old Ronaldo who played the 18-year-old Garnacho through for his first goal for the Red Devils. It was a great pass and finish, but the best part was Garnacho clearly asking Ronaldo if he could use the legend's new celebration.

Love this moment when Garnacho asked Cristiano Ronaldo if he could do his celebration ❤️❤️ #mufc.pic.twitter.com/WZGtcACqkv

What does the new Ronaldo celebration mean?

It's no secret that Ronaldo does everything in his power to still MAINTAIN THE SHAPE. Ronaldo loves working out, but he also loves his recovery time and apparently takes many naps throughout the day. His United teammates joke about it, so Ronaldo's new celebration is a self-deprecating wink at napping.