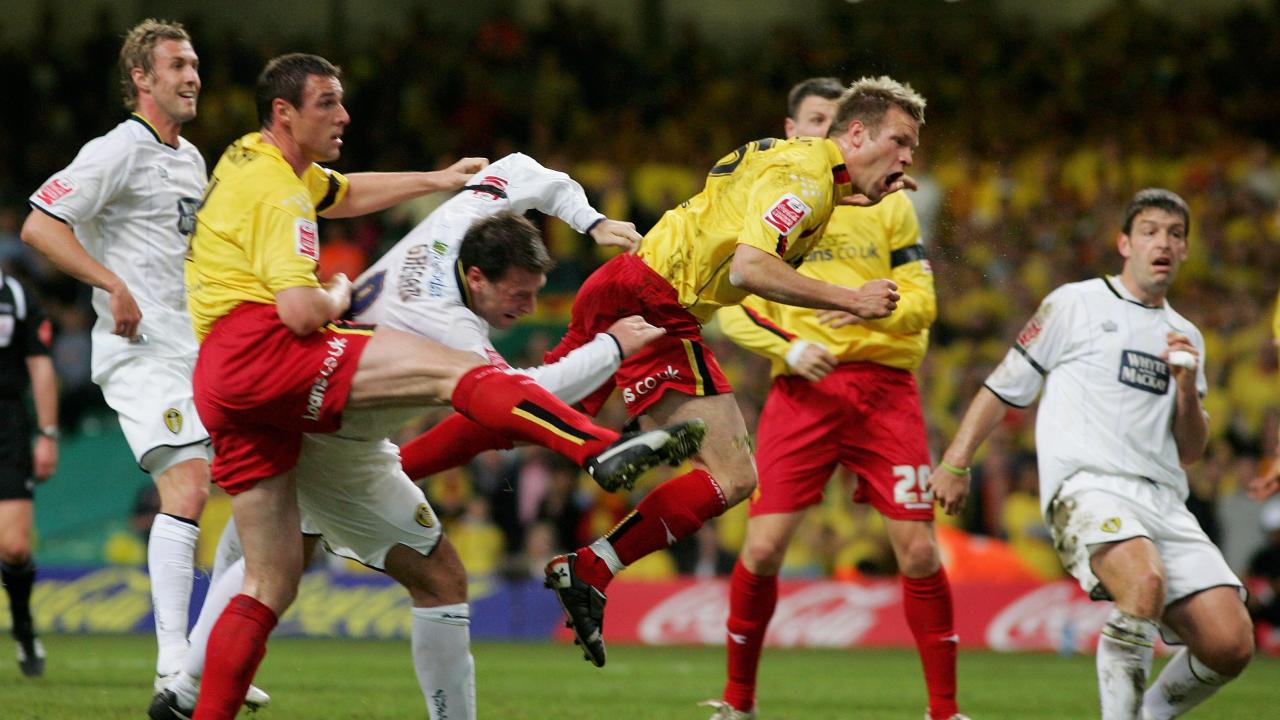 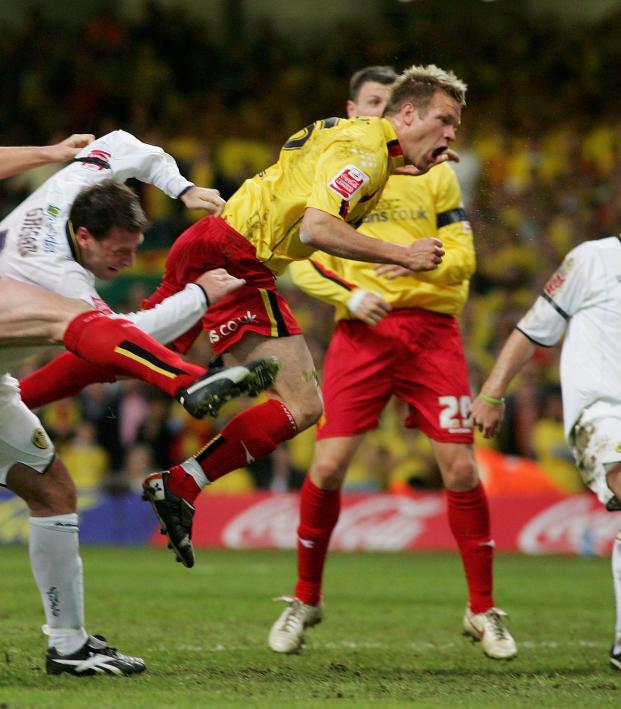 Most American soccer fans will remember Jay DeMerit for playing every minute for the USMNT at the 2010 World Cup in South Africa, but before DeMerit even dreamed of an international call-up, he overcame imposing odds just to become a Watford player.

After playing for the University of Illinois at Chicago and the Chicago Fire development team during his collegiate years, DeMerit went undrafted in the MLS SuperDraft. The American center back then went overseas with a former Fire teammate in an attempt to find a club.

After numerous trials and unscheduled visits with managers, DeMerit joined ninth-tier Southall, which DeMerit played for part-time while living in his friend's attic. A year later, DeMerit joined his old Southall coach at seventh-tier Northwood for some preseason matches.

DeMerit impressed in Northwood's 4-0 friendly defeat to Watford, so much so that he earned a two-week trial with the Hornets — which he then parlayed into a one-year contract.

The native of Green Bay, Wisconsin played 29 times in his debut season, and the next year was a key contributor during Watford's 2005-06 promotion campaign.

While DeMerit only scored 11 goals over 10 seasons and 287 career professional matches, he is still the only American to score in what many consider to be England's biggest match: the Championship Playoff Final.

The goal came against Leeds United in 2006 — a 25th minute header off a corner that opened the scoring. DeMerit's finish was part of a Man of the Match performance that earned the Hornets a 3-0 victory and promotion to the Premier League.

"He hits this with the meat of his head, BANG, into the back of the net."

What a lovely phrase, "the meat of his head."

"He's got loads of his mates watching in bars in Chicago and Milwaukee."

I'd also love to know how many times the lovely port city of Milwaukee has been mentioned on a British football broadcast.

"We came in very focused and that was half the battle," DeMerit said after the match. "Trying to stay focused and trying to do the right things out there because sometimes the atmosphere and things can overwhelm you."

"Today was not like any other game but we did prepare for it like it was another game and that's what we had to do," DerMerit insisted. "We had to say, 'this is the 49th game of the season so let's go out there and do it again.' And thankfully the ball bounced our way."

While DeMerit may have treated it like any other match, the 2006 playoff final was worth an estimated $55 million to Watford — more than the $30 million Barcelona garnered for winning the 2006 Champions League Final. No wonder the Playoff Final is considered the richest game in soccer.

Few other Americans can lay claim to scoring an important goal in European competition.

Tyler Adams' winning goal for RB Leipzig in last season's Champions League quarterfinals — the latest goal scored by an American in the tournament— is certainly a contender, while John Harkes is still the only American to score in an English cup final — finding the back of the net for a losing Sheffield Wednesday side in the 1992 League Cup Final.

Clint Dempsey's majestic chip against Juventus is also due some consideration here. While the goal was a match-winner (and a beauty too), it only came in a Europa League Round of 16 match.

Even with the influx of Americans in Europe in recent seasons, there has still yet to be an American goal-scorer in the final of the FA Cup, Copa del Rey, DFB Pokal or Coupe de France, and Adams' goal is the only time an American has scored beyond the UCL last 16.

DeMerit's header against Leeds stands in a class all its own.

Watford finished dead last in the Premier League in 2006-07, DeMerit's only EPL season, but he made his debut for the United States Men's National Team at the end of the campaign — almost a year after his initial call-up.

Just three seasons removed from ninth-tier football, DeMerit, the kid from Green Bay who was passed over in the MLS SuperDraft, was playing against the likes of Manchester United and Argentina.

For Watford, he'll be remembered as a dependable center back for six seasons. For the USMNT, a stalwart in the 2009 Confederations Cup and 2010 World Cup. And for the Vancouver Whitecaps, the first player signed before their inaugural MLS season, a captain, and an MLS all-star.

But perhaps most of all, he should be remembered as the Wisconsinite who went from toiling in non-league soccer to scoring the most important goal in the history of American soccer.