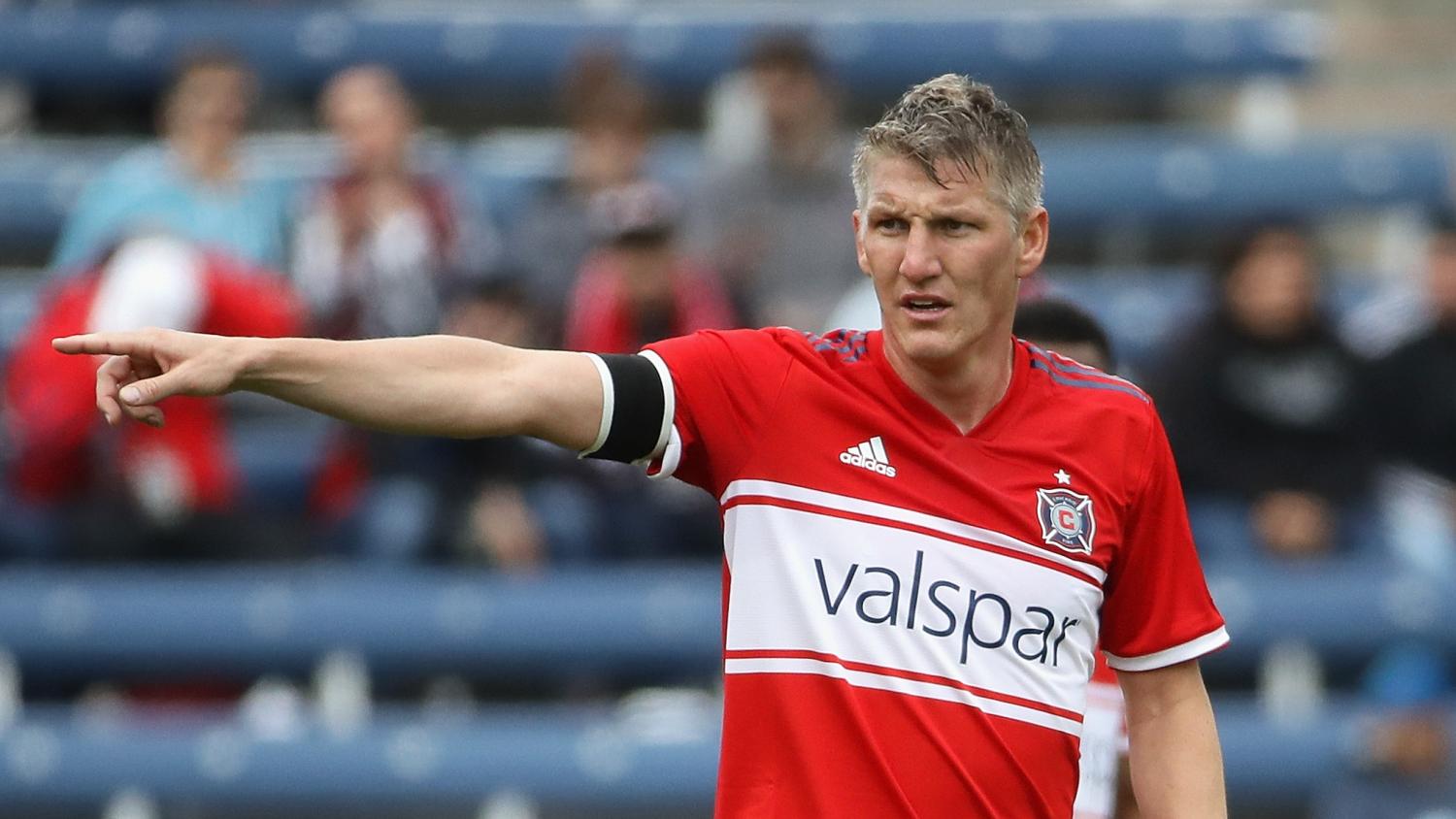 If you can name all 12 (without looking it up) you are a soccer knowledge god.
Getty Images

As Major League Soccer prepares for the 2021 playoffs and an international break approaches, it’s worth looking back at some of the great international stars who have played in the league. David Beckham, Frank Lampard, Carlos Valderrama and Didier Drogba have all been huge names but have one thing in common: they never won a World Cup. Has an MLS player won the World Cup?

Has An MLS Player Won The World Cup?

Technically speaking, a player that was playing in MLS has never won a World Cup. However there have been 12 players who won soccer’s biggest trophy and came to MLS later in their career.

Júlio César was one of the closest to win a World Cup while also being on an MLS team. At the 2014 World Cup the Toronto FC goalkeeper made it to the semifinals before Brazil was trounced 7-1 by Germany.

As for the 12 World Cup winners to later play in MLS, here’s the list starting with the most recent.

Blaise Matuidi started in the 2018 World Cup final for France’s 4-2 victory against Croatia. Two years later he made the move to the States to play for Beckham’s Inter Miami. The move hasn’t paid off yet as the 34-year-old saw his team fail to make the playoffs for a second season in a row.

Bastian Schweinsteiger enjoyed the twilight of his career in Chicago as he played his final three seasons in MLS. He was an anchor for the team in his time and managed to get the Fire to its first playoffs since 2012. To the shock of a clueless reporter, he didn’t help the Chicago Fire win the World Cup.

When a reporter asked Bastian Schweinsteiger if Chicago Fire could win the World Cup pic.twitter.com/dA83M8YnHO

David Villa will go down in history as one of the best players in MLS history. The Spaniard was dynamite for league newcomer NYCFC and scored 77 goals in his four years with the club. He was New York’s top goal scorer in all four of his seasons and took the team to three quarterfinals. The dude also scored amazing goals.

.@andreblake29: "It was just one of those things where it happens, and you have to put it behind you."

New York was essentially a legends team when it started. Despite playing in a baseball stadium, the team attracted some of the biggest names with David Villa, Pirlo and Lampard. The Italian was never a lethal scorer in his career as he only scored once with NYCFC. It was everything else he did that made him world class. He spent three seasons in New York before retiring.

Kaká will always be fondly remembered for the time he spent in MLS. While he was never able to take his club to the playoffs, he was always a joy to watch. The three-time MLS All Star scored 24 goals in his 75 appearances.

Kleberson essentially scored one free kick goal and then dipped.

Join us in wishing the one & only @Kleberson_8 a very happy birthday today! Let's also enjoy this stoppage-time, game-winning BEAUT

We hope you have a great day! #DOOP | #BimboBirthday pic.twitter.com/o25yrBsmWF

The Brazilian only played 11 games with the Union before heading to the NASL. He eventually found his way back to Philadelphia as he has been working with the club’s academy team since 2017.

The legendary Italian defender had an interesting end of his career. Nesta played in Serie A with Lazio and AC Milan from 1994 until 2012. After nearly two decades in Italy he had a short two-year stint in Montreal and then one year in the Indian Super League. He made 31 MLS appearances.

Thierry Henry is an MLS legend. One of the greatest players the world has seen enjoyed his final chapters of his career in the U.S. The Frenchman helped take the Red Bulls to the playoffs for all five of his seasons, including one trip to the semifinals. He was a joy to watch in MLS.

There isn’t too much to say about Denilson. In 1998 he was the world’s most expensive player after breaking the world-record transfer fee with a £21.5 million move to Real Betis. In 2007 he was the biggest flop in MLS history. Denilson played just eight games with Dallas.

We’re throwing it back now with the MetroStars. Djorkaeff was present for the rebrand to the Red Bulls. He started his MLS career as a MetroStar and ended it as a Red Bull. Djorkaeff was decent in MLS for his two seasons making 45 appearances and scoring 12 goals. The forward is now 53 and still connected to New York with a non-profit dedicated to providing soccer programs in New York City.

No one else left on this list had a good experience in MLS. Matthäus holds the joint-record for most World Cups played in (5) and holds the record for most World Cup games played (25). He’s also the only German player to win the Ballon d’Or. His most memorable moment in America was him leaving the country to vacation in France when he was supposedly rehabbing a back injury.

Branco was the first World Cup winner to play in MLS. This is about all there is to say for Branco on his time in the league. Unless your name is Kaká, it might be a bad idea to be a Brazilian World Cup winner and then play in MLS. Branco only lasted one season with the MetroStars before they got rid of him for contributing nothing to the team and off-field issues. He made 11 appearances.