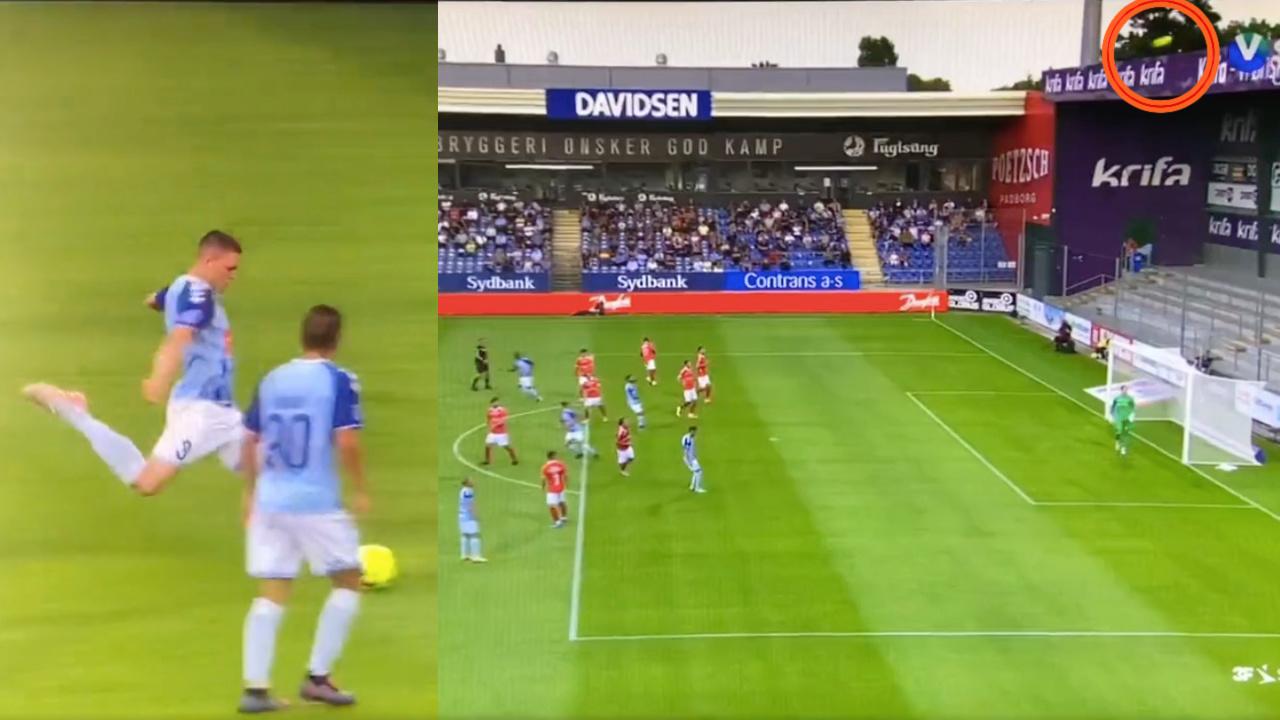 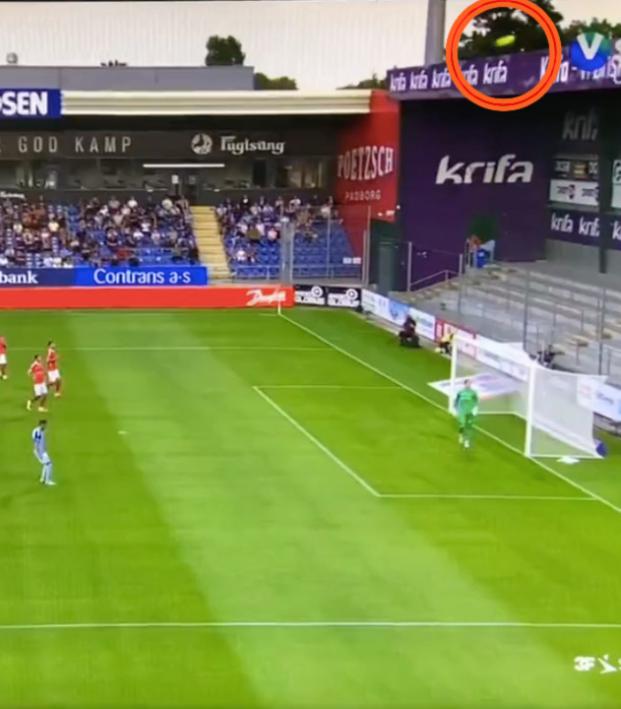 “Firing one into Row Z” is a common expression you hear when a free kick flies over the crossbar and into the stands. That’s as bad as it gets. But what can be said about a free kick that actually clears the stands in an enclosed ground?

We’re not talking about some high school stadium; we’re talking about a facility that seats over 10,000 and is home to a club in Denmark’s top division.

That’s what happened on Monday night in a meeting between SønderjyskE and Vejle BK in the Superliga. Emil Holm, who plays right back for SønderjyskE, attempted to emulate Roberto Carlos, but the only similarity this has with the Brazilian’s standards is that it could’ve actually killed a cow.

If it’s my Friday night rec league, you’ve got to go get it now. You’re not getting back until next Friday.