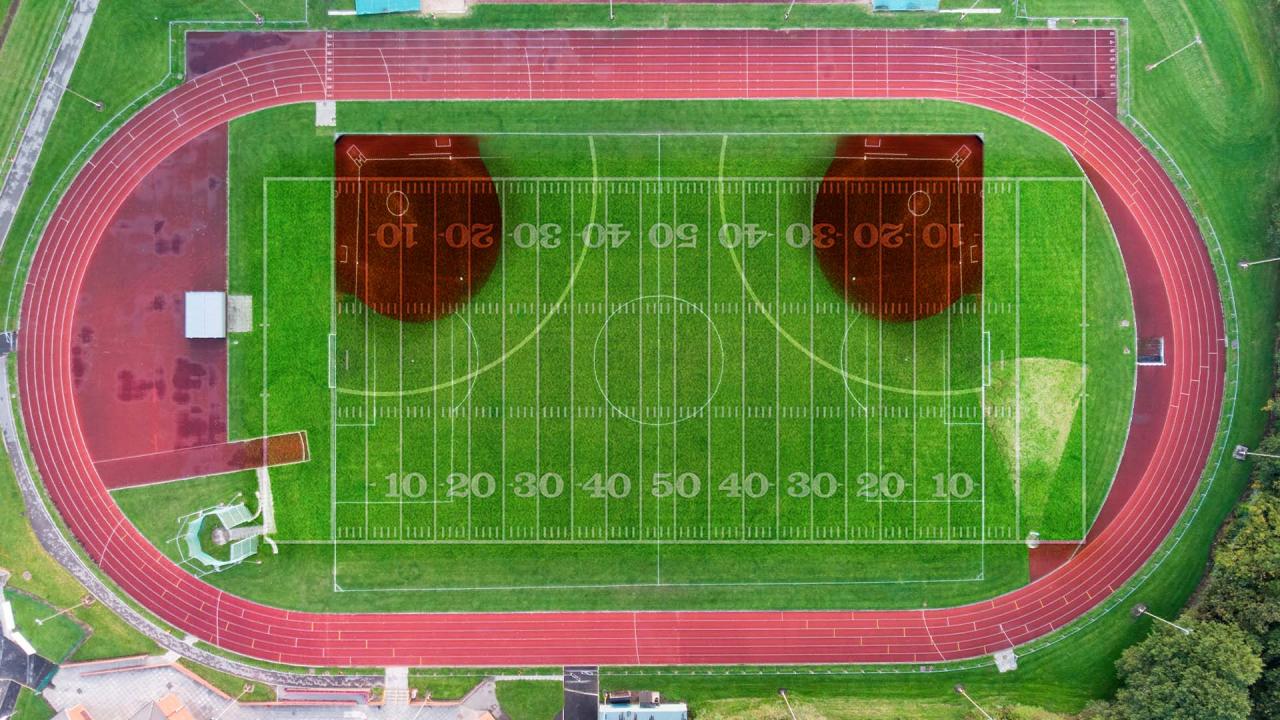 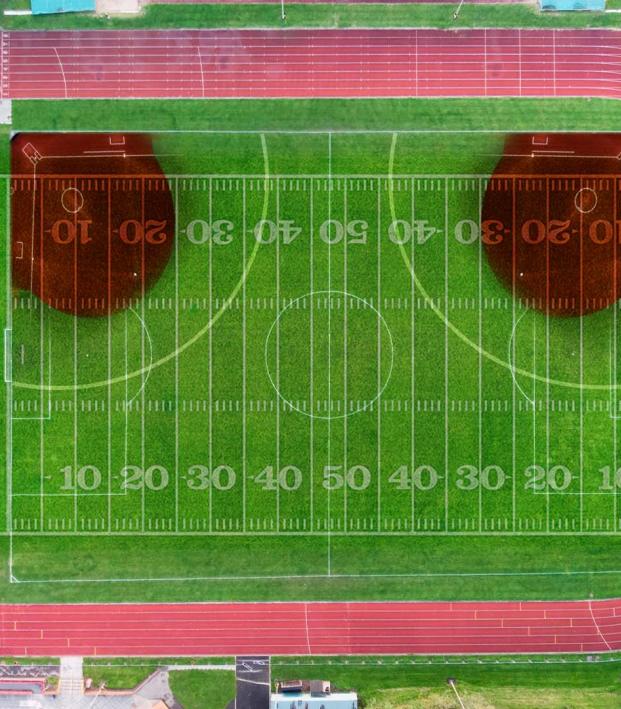 One of the biggest struggles in American soccer, both at the amateur and the professional level, is the lack of quality, soccer-specific fields.

The only options are sharing a field with every other notable mid-level sports team in the city or playing on a forsaken piece of grass with significant wear and minimal seating.

And yet we wonder why we struggle to produce high-quality soccer players.

There are many professional soccer teams in the U.S. that play on fields that would be considered a travesty if they were: a) a European club or b) playing any other sport in this country besides soccer.

Is there any sport that has to deal with so many on-field obstacles just to compete?

There are a ton of idiosyncrasies out there — let's use the worst of the worst to build the most unplayable field imaginable. It's name? Frankenstein Field. 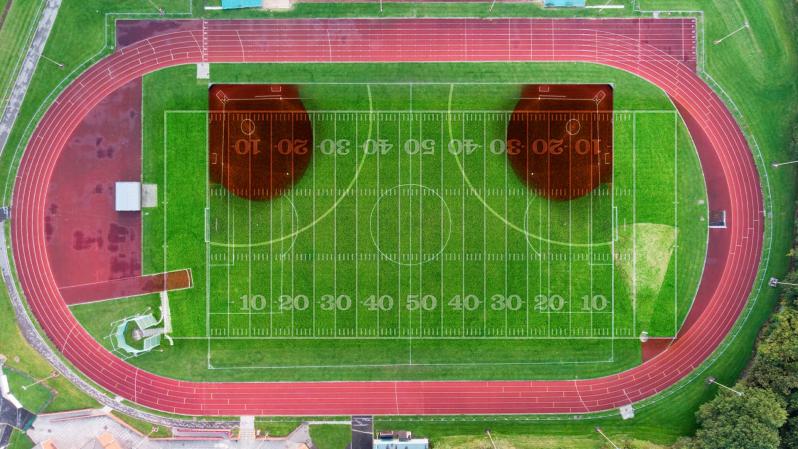 Overwhelming American Football Features (and all that comes with that)

We're AMERICAN football and we need BIG numbers and MASSIVE goalposts and don't forget the THICKEST sidelines you've ever seen.

That's the story of how American football stadiums came to be, and when it comes to playing other sports on the same field, they must always accommodate football's needs.

The yellow uprights loom dangerously close to the field, as they perch above the white crossbar of the goal (which post did the ball hit?). And the rest of the field is dominated by the various hash marks, lines and numbers that populate the pitch — all thick and white, of course.

Those thin yellow lines? They're for soccer.

Don't forget about the turf either. Maintenance deficiencies require the majority of football fields to be sown with plastic grass, and this football-specific artificial turf is utterly insufficient for a kicking-based game.

Every bounce of a soccer ball is magnified to the extreme, skipping as if the match were played in a torrential rainstorm. In short, possession soccer becomes obsolete in these conditions as controlling and playing the ball become nearly impossible.

Could football turf be the real reason American soccer is so far behind the rest of the world?

Another unique set of circumstances — I don't know of any soccer teams that play on a field that simultaneously has a baseball pitching mound and a set of football goalposts, but here at The18 we play by our own rules.

During the day it doesn't look half-bad, but at night, the infield dirt and the removed pitching mound become more conspicuous (not to mention the weirdly off-centered camera angle). 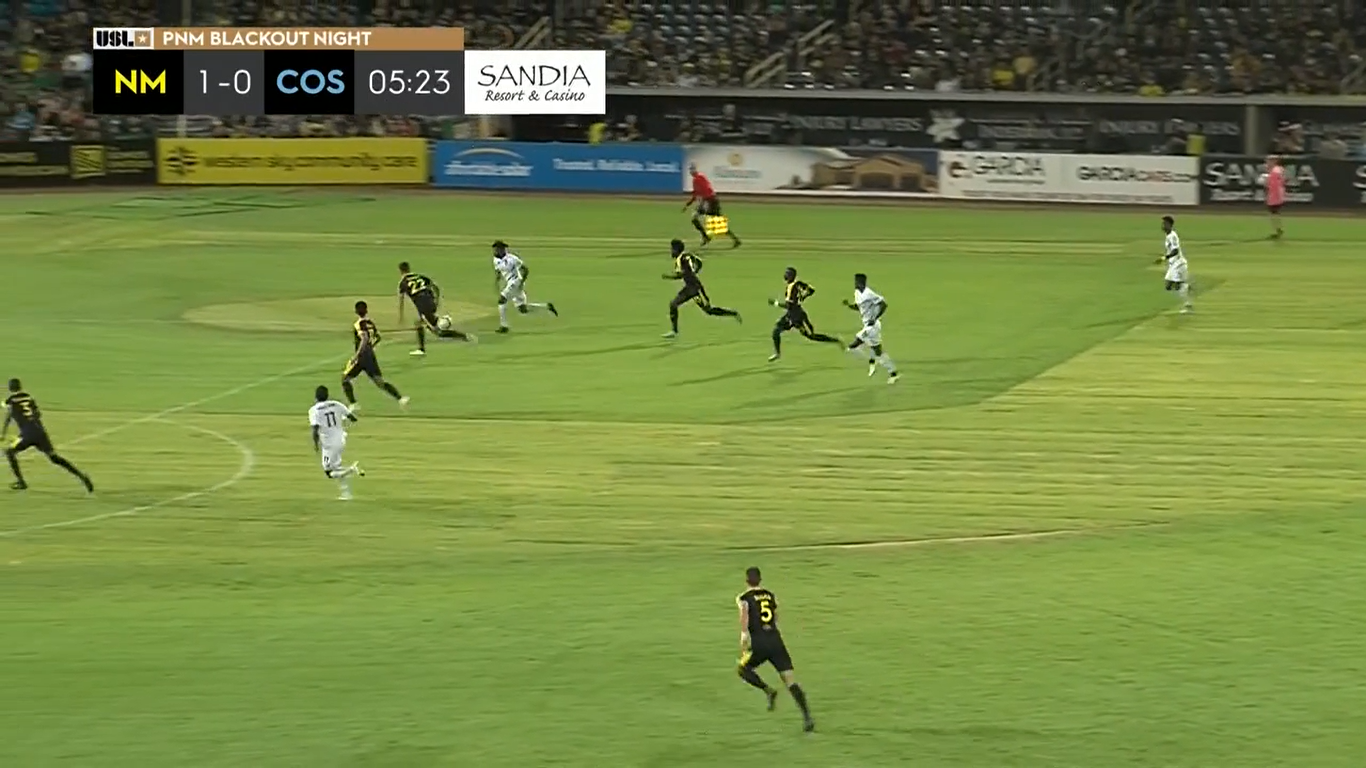 To be fair, there is not really a good way to do it unless you decide not to change anything and look like the Miami Dolphins and Oakland Raiders circa 2010 (truly a hideous sight), so maybe just get a new stadium?

On the bright side, at least they removed the pitching mound.

More Lines Than You Could Ever Imagine

Is it really a multi-sport turf field if you don't spend the first five minutes of your viewing experience trying to figure out which lines form the soccer pitch?

A trip down to my local NPSL stadium — which hosts everything from high school lacrosse to men's tackle football to ultimate frisbee — has no fewer than five different colored lines on the field. And even as a regular visitor to this field, I could maybe tell you what three of those colors are used for.

This works when you want to be able to host 27 different sporting events, just not when you want an optimal viewing experience for one.

What this field was really lacking was some imminent danger, so let's add some.

I'm not sure if a multi-sport stadium has ever been designed with soccer as a priority. The setup works for football because there is a solid ten yards between the football boundaries and the beginning of the track. But the average distance between the edge of the soccer pitch and the beginning of the red running rubber can usually only be measured in feet — often 1 or 2 feet at most.

There is barely room to take a throw-in, but trying to save a ball from going out? Nearly impossible without risking your soccer career.

While not a uniquely American problem (the Stadio Olimpico in Rome also has a track around it), another byproduct of this setup is that the field is further away from the stands, putting viewers at home and in the stands at a disadvantage.