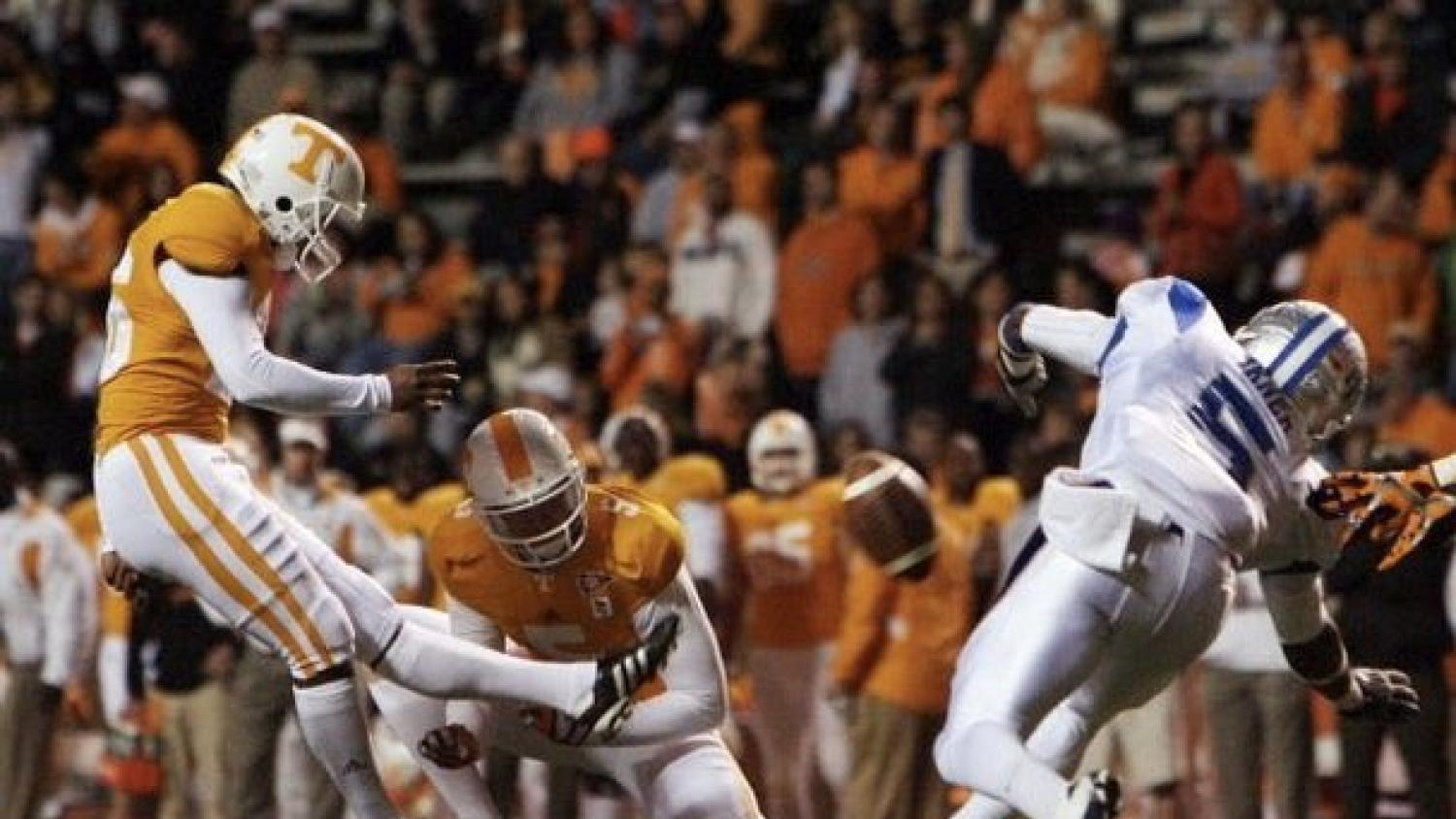 Derrick Brodus received the most unexpected call ever.
@ClassicTNpics | Twitter

On Nov. 5, 2011, Tennessee football found itself in a tricky situation. The team’s starting kicker was injured, and then during warmups before the homecoming game against Middle Tennessee State the backup kicker pulled a muscle. With no one left to turn to the coaching staff and head coach Derek Dooley made an emergency call to former high school soccer star Derrick Brodus.

Brodus earned a nickname of the “frat couch kicker” because that’s exactly where he was when he got the call from the Tennessee coaching staff less than an hour before the game. The Guam native said he was sitting on the couch in his frat house getting ready to watch the homecoming game when he learned he would be playing.

If you’re not American, you may not know how seriously college football is taken, especially in the South. To give you an idea, Brodus was given a police escort to the stadium to suit up and get ready for the game.

The freshman walk-on hadn’t even kicked for a football team in two years. Brodus attended Alcoa High School and was a dual-sport athlete kicking for the football team and playing with the soccer team. In his junior year he made the decision to stop playing football and instead spend his final two years of high school doing what the loved, playing soccer.

Brodus wasn’t too bad either. He was an all-state soccer player in his junior and senior year.

Tennessee would win the 2011 homecoming game 24-0, with Brodus converting all three of his extra points and nailing a 21-yard field goal.

He was all smiles in the postgame interview.

The homecoming game would be his only appearance for Tennessee in the 2011 season, but he did return as a sophomore to play in four more games. He also holds the school record for most points by a kicker in a game when he scored 17 against Akron.

Brodus isn’t the only soccer player who has turned kicker. Sarah Fuller made headlines in sports when she suited up for Vanderbilt last year. Ironically enough the school she scored against was Tennessee.

It’s always good to know that soccer players have a backup career option.