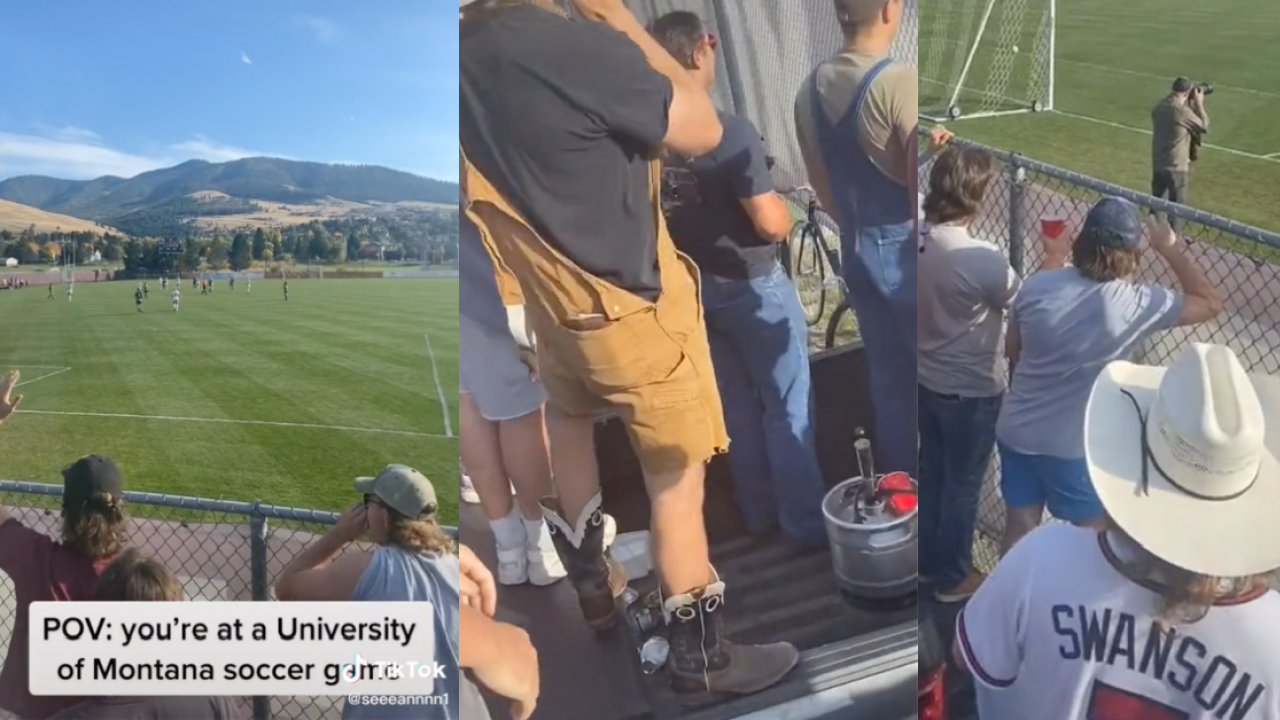 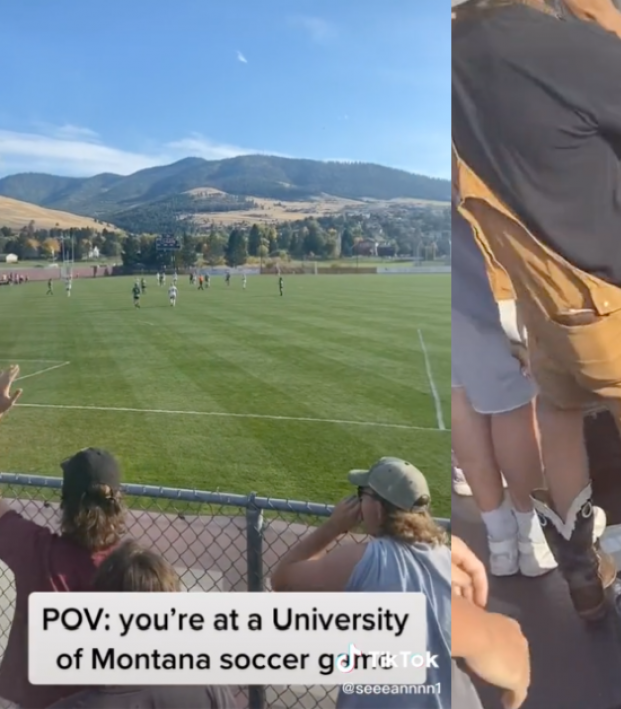 To all the Euro snobs out there, to all the haters in the U.S. who think America must replicate every aspect of European football, allow me a counterargument: Whatever the fuck this is.

Coming to you from a women’s college soccer match in Missoula, Montana, meet the Parking Lot Squad, as confirmed by J. Landham, associate head coach of the University of Montana Griz.

YEEES…. This is the PLS, The Parking Lot Squad we love them and they love us.

While European football is undoubtedly beautiful — when the fans aren’t being racist assholes — there’s something special and unique about how U.S. soccer fandom has developed over the years. We still have plenty of European homages with a fair share of Latin American influences, all combined with that minor-league baseball style of doing whatever the hell it takes to get people to pay attention.

Add in college sports and it’s all the better. Where else in the world will you get drunken cowboys using duck calls to throw off the opposing keeper?

Now, you might be wondering what duck calls and overalls have to do with soccer, to which I’d respond: Who cares? It’s clear these are devoted, intelligent soccer fans. Why else would someone be wearing a Dansby Swanson Atlanta Braves jersey? Clearly this guy is a big fan of Mal Pugh — that’s top-level fandom.

Kegs, boots, cowboy hats, empty beer cans — this is American soccer at its finest. Or at least at its most fun. Scenes like this play out at universities around the country, where the unbridled enthusiasm for one’s choice of college meets the desire to be silly and have fun at a sporting event. Who needs racist chants or fan violence when you’ve got rich white boys being stupid and having fun? There’s literally nothing more American than that.

American soccer culture is truly its own world pic.twitter.com/calQPRfkmQ