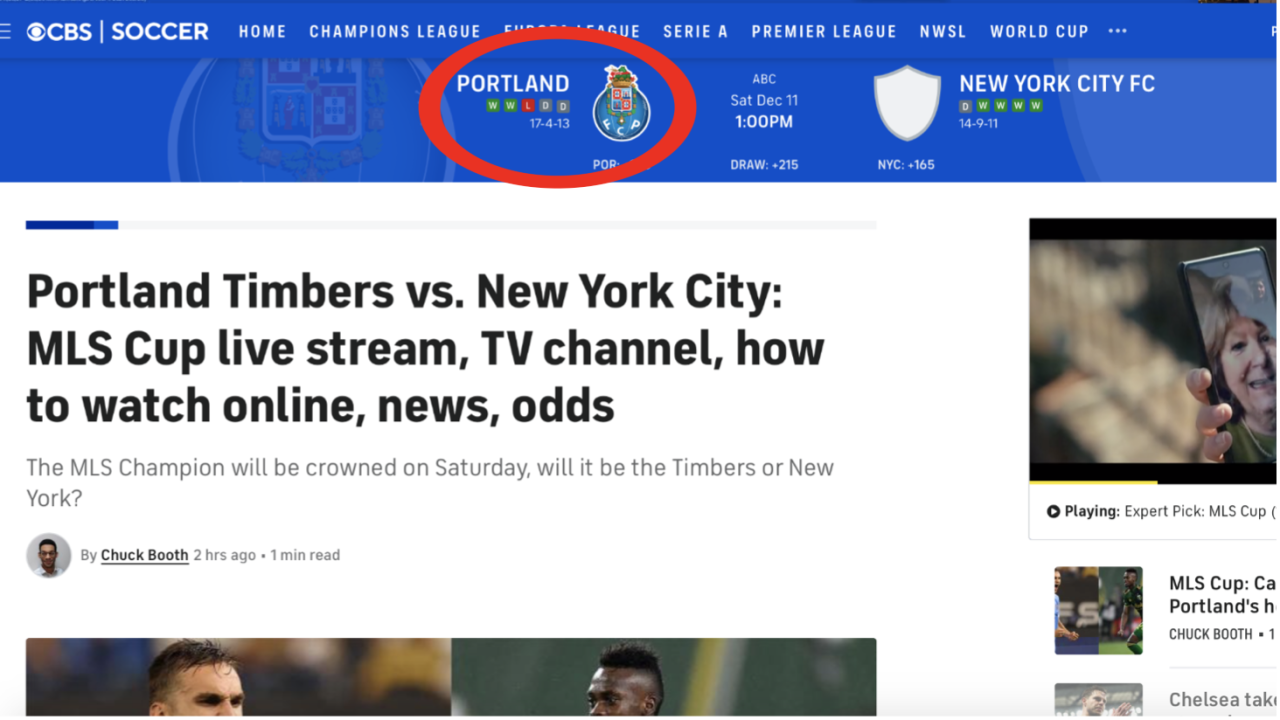 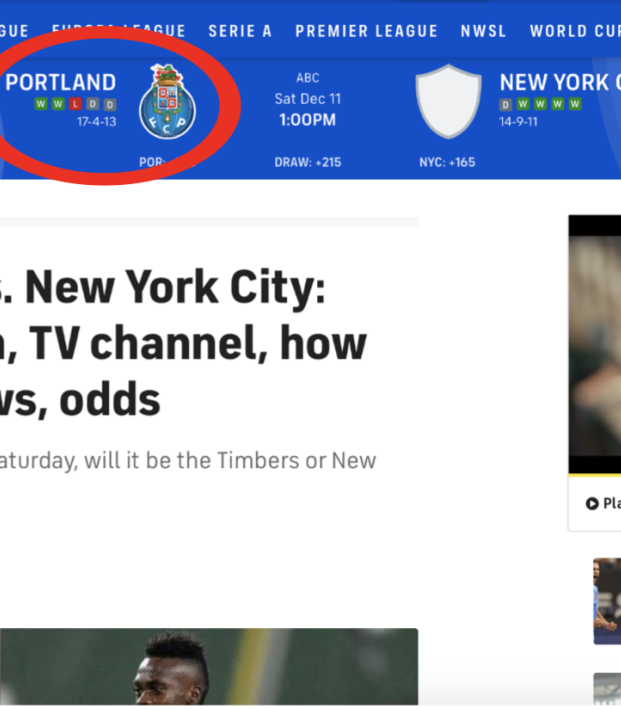 CBS doesn’t have the broadcasting rights for MLS Cup and apparently couldn’t give less of a damn about who is playing. I was double-checking which channel was showing the game and clicked on the preview done by CBS.

The author of the article, Chuck Booth, wrote a great preview with all the important information on the game. I just can’t get over the fact that the Super Bowl equivalent for Major League Soccer can’t even get the correct logos shown on the CBS website.

My curiosity was peaked, and I had to click on the “See Scores” tab to know if this botched logo thing was a consistent error.

The tab did indeed lead me to more gold, but it wasn’t what I was expecting. For some bizarre reason the only other MLS score shown is from the 2019 MLS Cup. Once again, the logos were incorrect.

Every logo and result for leagues and competitions that CBS broadcasts (NWSL, Champions League, Europa League, World Cup qualifiers and Serie A) were correct and in order. MLS just can’t get that sort of love apparently.

All we can do now is see if Porto can become the first club from outside the United States to lift MLS Cup. It’s too bad the Portland Timbers made it all the way to hosting MLS Cup but lost their spot to Porto.