Quiz: Can You Figure Out Why This Poor 16-Year-Old Was Subbed Off After 15 Seconds? 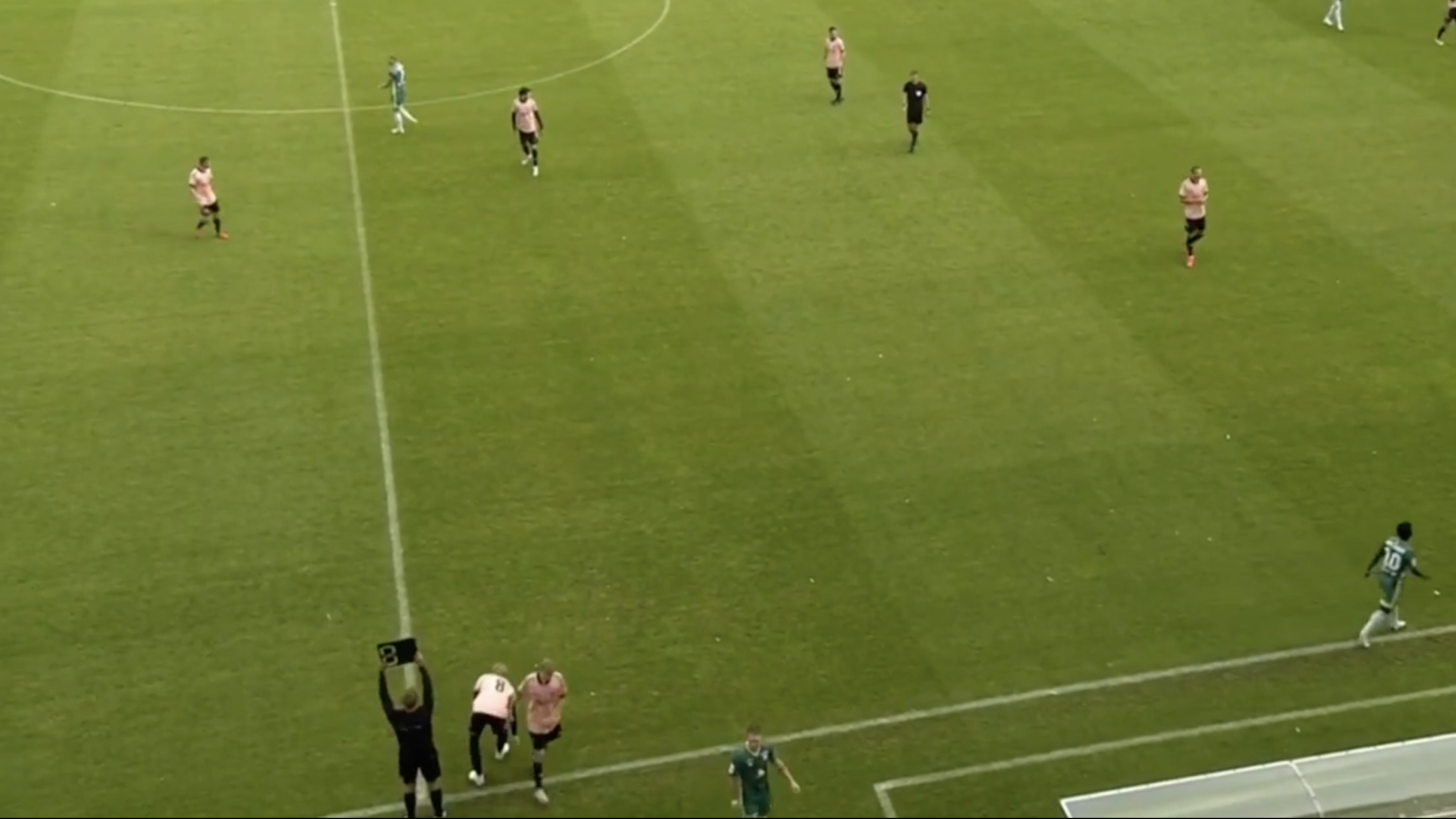 Tough day when your league debut time was shorter than microwaving a hot pocket.
Streamable.com

A player’s debut is a day they will never forget. A first taste of the action. The moment when their name is up in lights and the world knows they have arrived. Young players take in every second. Unfortunately for 16-year-old Lauri Suup his one shining moment lasted 15 seconds.

Before I reveal why he was substituted off, let’s play a game. This is a one question quiz. The correct answer is hidden somewhere in this array of potential reasons why Suup was taken out so early.

A. He forgot to stretch his hammies before the game and injured himself right when kickoff happened.

B. The manager accidentally started the wrong player and realized his mistake moments before the first whistle.

C. Suup’s real name is Artjom Semjonov and he has been convicted of high crimes against the Estonian government. In true “Catch Me If You Can” fashion he has been posing as various professions including a Skype software engineer, working construction for Estonia’s largest railway company and now a professional soccer player.

His cover was blown after a fraudulent security screening prior to entering the stadium. The Estonian Internal Security Service matched his facial description to security camera footage captured in 2016 of him robbing one of Estonia’s largest banks: Bigbank.

Before he had time to realize his cover had been blown the substitution board illuminated his number and he was quickly apprehended just off camera after leaving the field. He will now face up to 60 years in Tartu Vangla prison. His cellmate is war criminal Dragomir Milosevic.

D. He had an affair with the manager’s daughter and was substituted out as an act of spite.

E. His team has so many players in quarantine that the last resort was to put him on the field for the start of the match and then put on a better player as soon as the ball went out of bounds.

F. All of the above

The Correct Answer Is …

Man, I can’t even begin to describe how bad I wanted the answer to be F. This match took place in Estonia and one of the rules the league follows is that each team must have two club-trained players in the starting lineup. With a large portion of the team in quarantine due to one of the players testing positive the club had no choice but to start the club-trained 16-year-old. Suup got his 15 seconds of fame and was then taken off the field for a better, non-club-trained player.