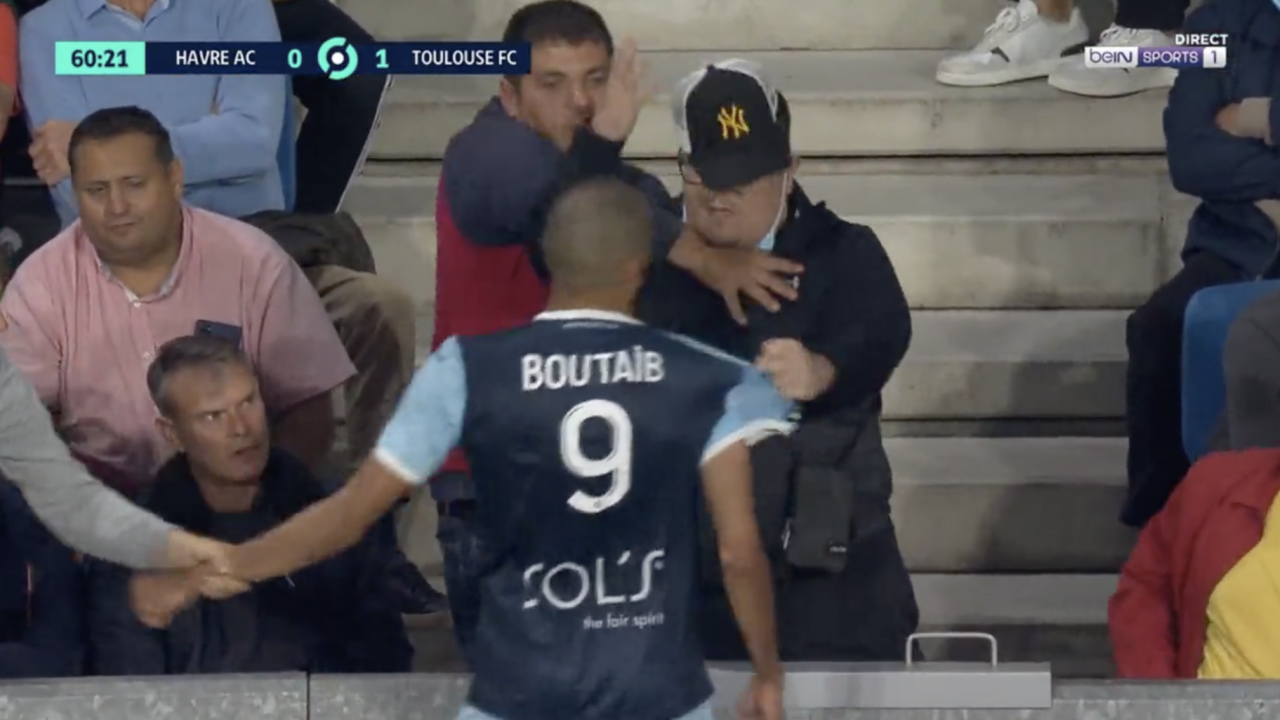 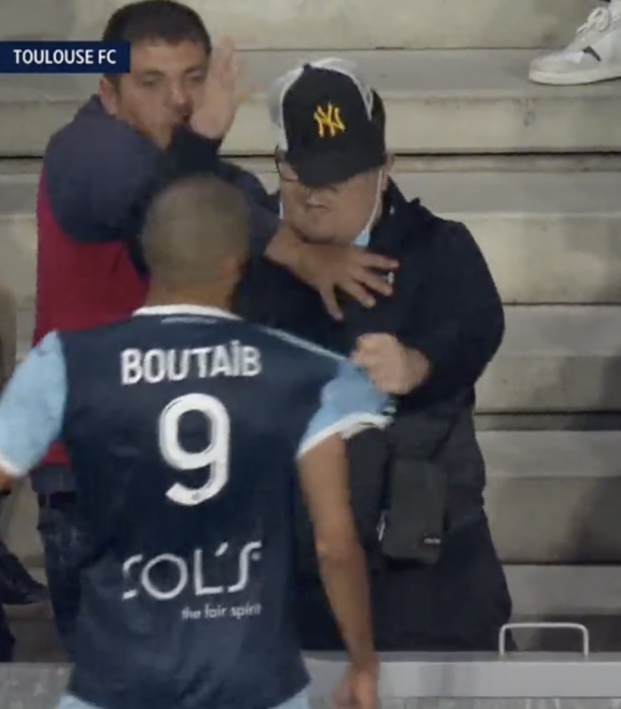 Ligue 2 Player In France Receives Red Card For Getting In Scuffle With… A Yankees Fan??

Three weeks after OGC Nice ultras stormed the pitch against Marseille, another incident with a fan has gone down in France. On Monday during a Ligue 2 game, a bizarre Khalid Boutaib red card was given out after the Moroccan found himself in an altercation with a fan.

Boutaib was in the process of being substituted out of the game when he decided to have a word with a supporter. The Le Havre vs. Toulouse match was a home game for Boutaib’s side, and he didn’t appear to be chatting with the away supporters.

Boutaib was sent off, but the referee allowed his replacement, Pape Ibnou Ba, to play the remaining half hour.

The Le Havre striker missed a key opportunity as the second half started, and it’s believed that the fan was giving Boutaib grief during the moment which led to the red card. This is the likely story, but I’d rather believe the more far-fetched idea that Boutaib is a huge Mets fan and wasn’t thrilled to see a Yankee fan in the stands.

Boutaib’s exchange with the fan wasn’t caught on the microphone, however, I’d like to think he said something along the lines of: “It’s not always about the goals, Yankee fan. It’s about the Mets baby. Love the Mets alright baby let’s go, get a home run baby, love the Mets. Let’s go Mets.”

Shortly after the red card Le Havre equalized with a superb free kick.

What a free kick goal by Quentin Cornett!